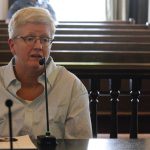 So is the population of the local juvenile detention center, the director of Douglas County Criminal Justice Services said.

“To be honest, I’ve never thought I’d see the day we wouldn’t need it, but we’re getting there,” Weigand said.

That’s largely because of juvenile justice reform measures and a greater number of alternatives to incarceration for kids. Douglas County has gotten a head start on some of those, compared to others around the state.

In 2011, Douglas County signed on to the Annie E. Casey Foundation’s Juvenile Detention Alternatives Initiative. The foundation is a Baltimore-based nonprofit that, in part, aims to improve outcomes for youths who become involved in the juvenile justice system, according to its website at aecf.org.

At that time, the county gave law enforcement officers the option to give youths an agreement to appear (ATA), rather than immediately taking youths to juvenile intake. That process, among other items, was later adopted statewide with a major juvenile justice reform bill, Senate Bill 367, signed into law in April 2016.

Some of the same initiatives the county has undertaken in recent years to help mitigate the number of adults in the Douglas County Jail, such as house arrest and pretrial release, are available in slightly modified formats for juveniles.

The Immediate Intervention Program, or IIP, is similar to diversion for adults. It provides intervention services for youths alleged to have committed a crime so that they can avoid prosecution. In 2018, according to Weigand’s presentation, there were 190 participants in the IIP program. Of the cases that are closed, 104, or 68%, completed IIP successfully; 48 cases, or 32%, were unsuccessful closures.

Juvenile offenders can also be given conditions of release while they await further court hearings on “an alleged serious offense,” according to the presentation. House arrest is another option, and in 2018, 24 juveniles participated in that program.

In the juvenile detention center

Between the alternative programs and other factors, the average daily population of the JDC is fairly small: It dropped to 7.9 in 2018 from 11.8 in 2017.

Weigand’s presentation for the County Commission shows that the population of the Douglas County JDC has declined, for the most part. From 2011 to 2012, the number of admissions fell by about half, from 207 to 104; in 2014, it jumped back up to 160.

Commissioner Patrick Kelly asked Weigand if she could explain that. She said she couldn’t recall the specific circumstances around that jump; however, she said even though Douglas County is working on initiatives to reduce youth incarceration, it has no control over the actions of other counties it serves. That could have been a contributing factor.

The Journal-World requested the population numbers of out-of-county versus in-county youths admitted to JDC, but that data was not available Thursday.

The youths who are still detained are some of the more complicated cases.

“When you have all these alternatives to detention, what you’re going to be left with is the kids who have the most serious crimes,” Weigand said. “It’s the most serious charges in youth detention center, and they also will take a lot longer to process.”

Weigand said Douglas County’s is a regional JDC. It also serves 12 other counties, including Lyon and Miami, Weigand said in an email response to follow-up questions from the Journal-World. Franklin and Leavenworth counties are in the same region and have their own facilities, which are also available to those 12 counties.

Future of the JDC

The final piece of statewide reform law that will go into effect July 1 will mean the detention center can no longer take child in need of care, or CINC, cases, unless that child is also a juvenile offender, or JO. 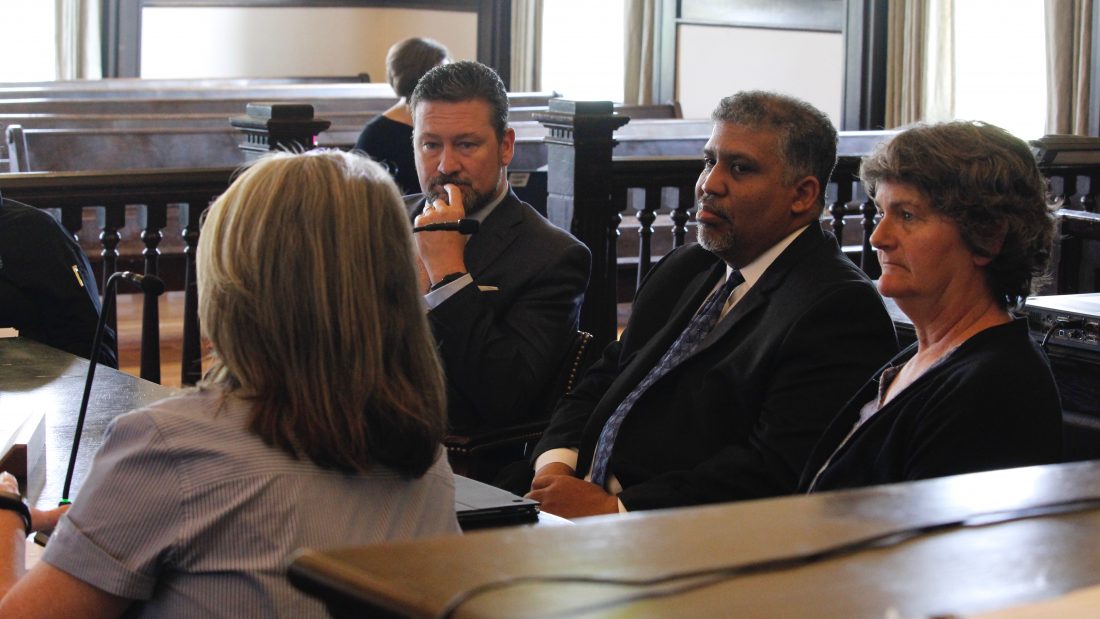 “These are kids that can’t be located; they’re missing,” she said of many of the CINC cases. “So they put them in detention as a method to keep them in the community and hopefully provide the supports, so that we can maintain them locally.”

Weigand said there are a few other potential uses for the JDC. She said she’s asked frequently about using it for adults; however, that would mean that all juvenile programming would have to be moved from that facility, because otherwise it would be a direct violation of federal law.

Commissioner Nancy Thellman asked about the services available in Johnson and Shawnee counties, which have both offered to house Douglas County juvenile offenders, and whether they were comparable.

Weigand said those facilities look “nothing like ours” — they’re more institutional. Plus, she said people want their kids in their community so they can hopefully encourage communication and participation.

“They’re also going to be exposed to the problematic youth in those communities, and that is not going to be popular with some folks,” Weigand said. “So it’s hard to compare because we’re a small facility, and we do a lot of really creative things because we have KU and we have a really supportive and rich community in terms of programming that you probably couldn’t get in Topeka or Johnson County.”

Commission Chair Michelle Derusseau said she was glad to see that instead of sending kids to other centers, the local facility could serve as an example and maybe help other counties.

“We’re looking at it with the adults right now,” Derusseau said, referring to Douglas County Jail inmates who are housed in the jails of other counties because of overcrowding locally. “We’re trying to get everybody back here, and we see the complications — emotionally, family-wise, attorney-wise — everything we have with adults, and the last thing I want to do is put kids in that situation. They need to be as close to home as possible, and definitely involved in our programs.”