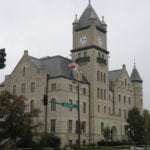 In all likelihood, Democratic Party voters in the 1st Douglas County Commission District will elect a new county commissioner Tuesday.

Three candidates — Patrick Kelly, John Magnuson and Leslie Soden — are vying for the Democratic nomination for the 1st District seat that represents most Lawrence neighborhoods north of 19th Street and west of Massachusetts Street. The winner will not face a Republican challenger in the general election and will have no opponent on the November ballot unless an opponent files as an independent by noon Monday.

The campaign to succeed current 1st District Commissioner Mike Gaughan, who announced in May he would not seek another four-year term, is being conducted less than three months after the failure at the polls of Proposition 1, which would have authorized a half-cent sales tax to fund a $44 million jail expansion, an $11 million behavioral health campus and $5 million in annual behavioral health programs. The election also comes three weeks before the County Commission will approve placing a ballot question on the November ballot to fund and build a behavioral health center. Below are excerpts from responses the candidates gave the Journal-World on those issues and others. 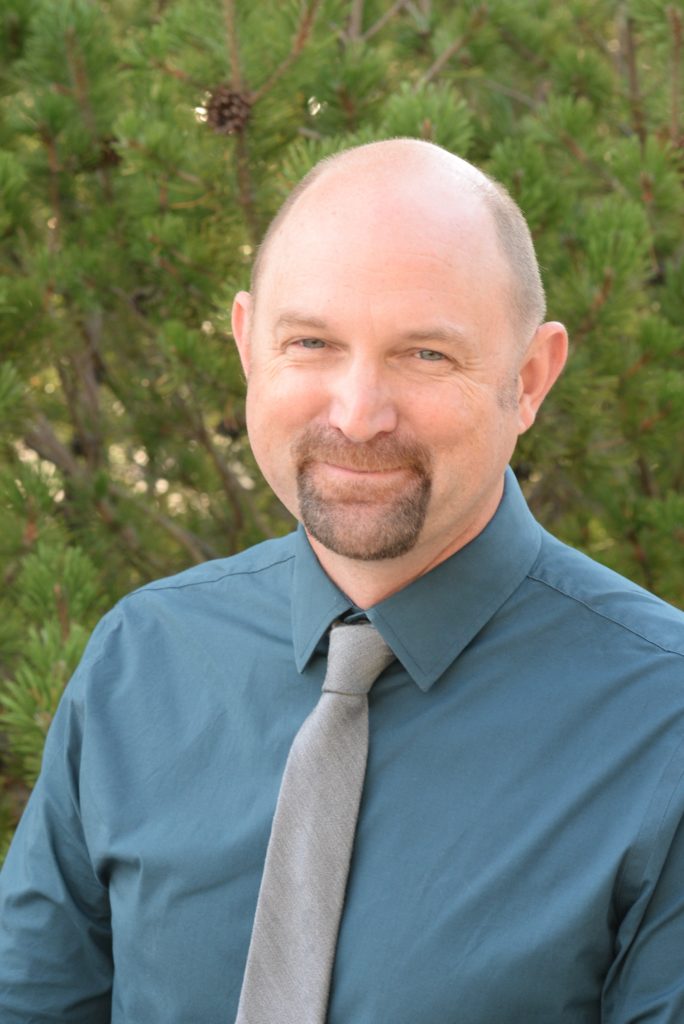 “To do that, we must confront bias in our community and have courageous conversations about race and the role it plays in our criminal justice system,” Kelly said. “We also need quality, comprehensive health care, including mental health care, for all.”

Kelly said his time as an educator with Lawrence Public Schools has given him significant experience in facilitating conversations about race, and he stressed that the issue needs to be explored.

“While we are making progress, we must acknowledge that our criminal justice system is flawed,” Kelly said. “We must recognize that mass incarceration is a symptom of institutionalized racism and contributes to a cycle of poverty.”

On the issue of jail expansion, Kelly said the county has a “moral responsibility” to the corrections officers and to those housed at the jail to provide a safe and humane environment. But he said he wasn’t sure a bigger jail was necessary to accomplish that.

“As your county commissioner, I will move the conversation away from a bigger jail and towards a safer one,” Kelly said. “Our focus at the jail, and across our criminal justice system, must be on the effectiveness of our programs that reduce reliance on incarceration.”

Kelly also stopped short of saying he was supportive of the $3 million in cuts the county has made as part of the proposed 2019 budget to fund jail improvements. Kelly is advocating that a “comprehensive analysis” of the county’s criminal justice system be undertaken. He said that analysis should identify “evidence-based solutions and data-driven improvements” that will reduce incarceration. He said he would use that comprehensive analysis to guide his budget decisions.

On other topics, Kelly said:

• That he supports the idea of a November election to strengthen mental health services. He did not provide specifics about his preferences toward a sales tax or property tax to fund the services.

“Some of our most vulnerable citizens can wait no longer for these critical services,” Kelly said.

• That he will seek to align the issues of a growing community, such as balancing priorities like affordable housing and protecting natural resources.

• That his training as a facilitator through the Kansas Leadership Center will be helpful in the community’s efforts to find a common purpose.

“I will not be a commissioner who divides the community,” Kelly said. “My greatest strength is bringing people together to tackle tough issues and make progress towards our shared aspirations.” 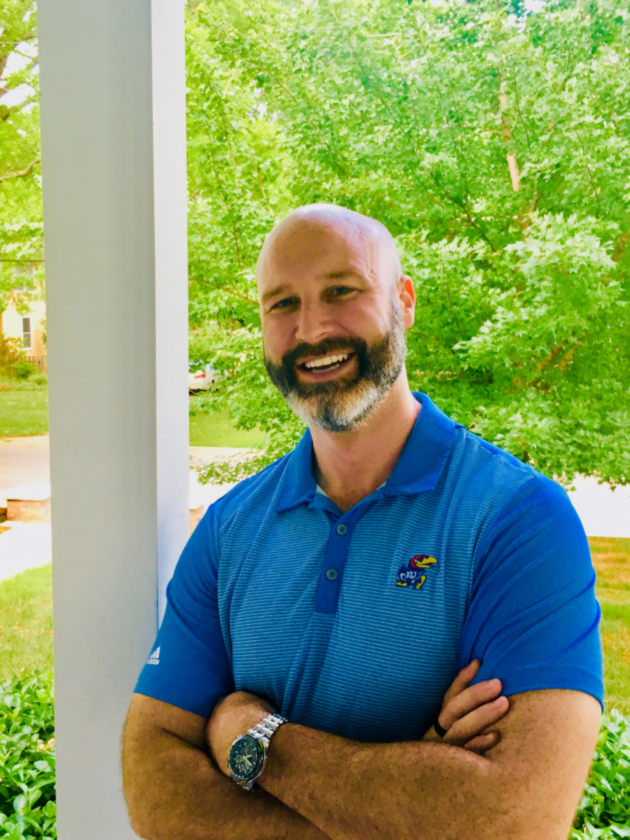 Magnuson’s campaign has highlighted three primary issues: expanding support for mental health treatment, substance abuse treatment and affordable housing. He also makes it clear he would rather have new funding for those initiatives come from property taxes rather than sales taxes.

“While serving on the board of the Lawrence Community Shelter for the past few years, I have seen the impact those issues have on our community, and I believe it’s important that we take steps to reverse the effects of criminalizing poverty, and to support our most marginalized residents,” he said.

On the issue of jail expansion, Magnuson said that increasing inmate capacity won’t be his preferred option.

“Our approach to overcrowding at the jail must focus first on reducing the number of people sent to the jail, not on expanding the capacity of the jail,” Magnuson said. “Community services, rather than incarceration, have been shown to reduce crime and increase public safety.”

Magnuson is calling for a comprehensive study of the criminal justice system. He said that study should provide answers to some common-sense questions such as what the most common crimes leading to incarceration are and what programs and practices can prevent those crimes.

“As with any problem, we have to understand the causes before we can develop effective solutions — otherwise we are making very expensive guesses,” he said.

Magnuson said he would support a November election for a property tax increase to provide additional funding for mental health and substance abuse treatments, although he didn’t say how large the hike should be.

If the County Commission chooses to go with a sales tax to support mental health care, Magnuson said he would want the sales tax to have a sunset, meaning it would expire after a certain number of years unless voters agreed to renew it.

In addition to taxes, Magnuson said the county should seek outside funding for a mental health crisis center. Funding requests should be made to the state, Lawrence Memorial Hospital and neighboring counties that could also use the center, he said.

On other topics, Magnuson said:

• That although funding for a crisis center is critical, associated increased funding was needed for “ongoing, community-based and home-based mental health services,” because those services will reduce the need for crisis care.

• That his 18 years of budgeting and planning as a businessman will help him navigate the county’s finances.

“I understand how to make trade-offs with limited funds,” Magnuson said. “I also know that sometimes, the best option when faced with too little funding is to find new sources of funding, rather than just cutting.” 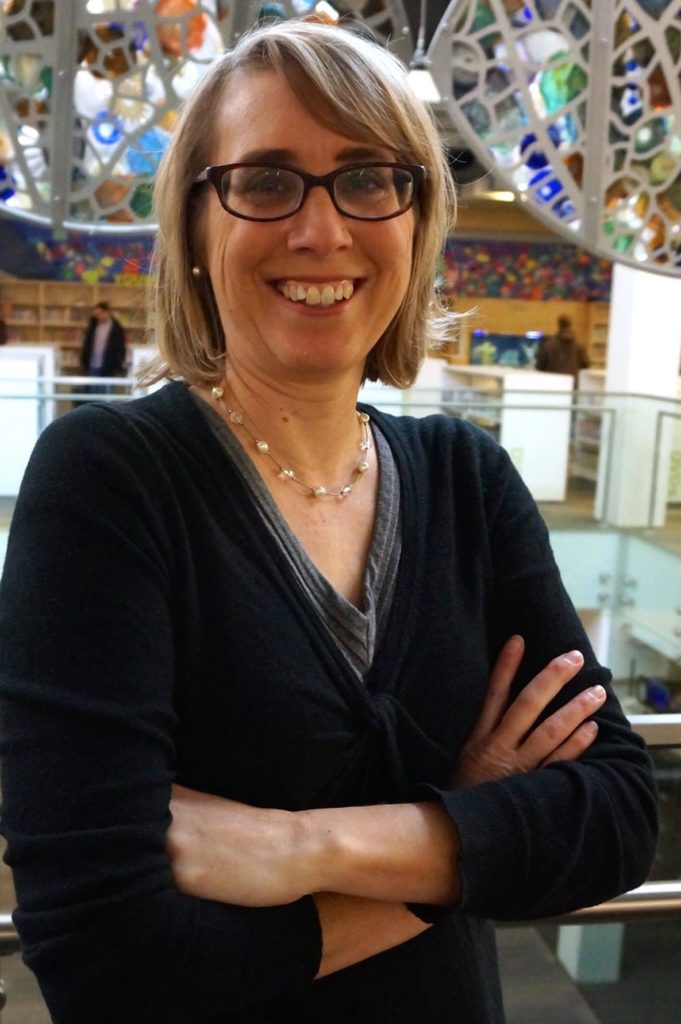 Soden has been touting her experience in local government. She has been on the Lawrence City Commission since 2015 and served as the city’s mayor in 2017, and has been a Lawrence resident for almost 20 years.

“As a city commissioner for the last 3 1/2 years, and a former mayor, I’ve already proven my ability for practical leadership in key issues, especially with criminal justice, affordable housing and strategic planning issues,” Soden said.

She said there have been several city projects that demonstrate her ability to lead on local issues. They include:

• Leading development of a new fast-track economic development policy specifically for businesses locating in VenturePark and other industrially zoned areas.

• Reinstating funding for the WRAP program, a mental health program for kids in public schools.

On the issue of jail expansion, Soden said there are some renovation measures she would support. But she said she also wants to give new programs aimed at reducing inmate levels time to work.

“As a former member of the Criminal Justice Coordinating Council, I know many programs have been created, such as diversion programs, house arrest and reduced sentencing,” Soden said. “Advocating for state funding of another criminal judge also is important to reduce the time defendants spend in jail awaiting trial. I am in favor of jail renovations and the usage of temporary modular units in the meantime, to give these initiatives time to work to reduce the population at the jail.”

Soden said she would be supportive of a November election to provide more funding for mental health services. She indicated she could support a sales tax, but would prefer to focus on property tax funding first.

“I would absolutely support that effort if we are not able to fund those additional measures through property tax,” she said.