Manhattan, Kan., is pictured in this stock photo from June 2019.

In a friendly competition involving the U.S. Census between the cities of Lawrence and Manhattan, Lawrence has come out on top.

Last month, Lawrence Mayor Jennifer Ananda accepted a challenge from the mayor of Manhattan for the two cities to compete for the highest self-response rate — meaning that residents responded either online, by mail or by phone — to the 2020 Census for each city. It was agreed that the mayor of the losing city had to wear the other city’s university jersey to a City Commission meeting.

Ananda announced at the commission’s meeting Tuesday that Lawrence had won the competition, which hinged on which city had the highest self-response rate by May 15. She said that Lawrence and Manhattan had come together as two great cities doing what they could to ensure the state was represented in the census, but that she was glad she didn’t end up having to wear a K-State jersey.

“I’m so thankful that I’m not wearing a purple jersey this evening, although I do have a bit of purple in the spirit of conciliation,” Ananda said, pointing out some purple in her patterned shirt.

As part of the challenge, both Ananda and Manhattan Mayor Usha Reddi emphasized that an accurate population count was important because it affects a city’s funding levels. The federal government allocates more than $675 billion to states and communities based on census data, and it’s estimated that a community loses out on $53,000 in federal funding over the 10-year census period for every person missed in the census, according to census information on the city’s website. 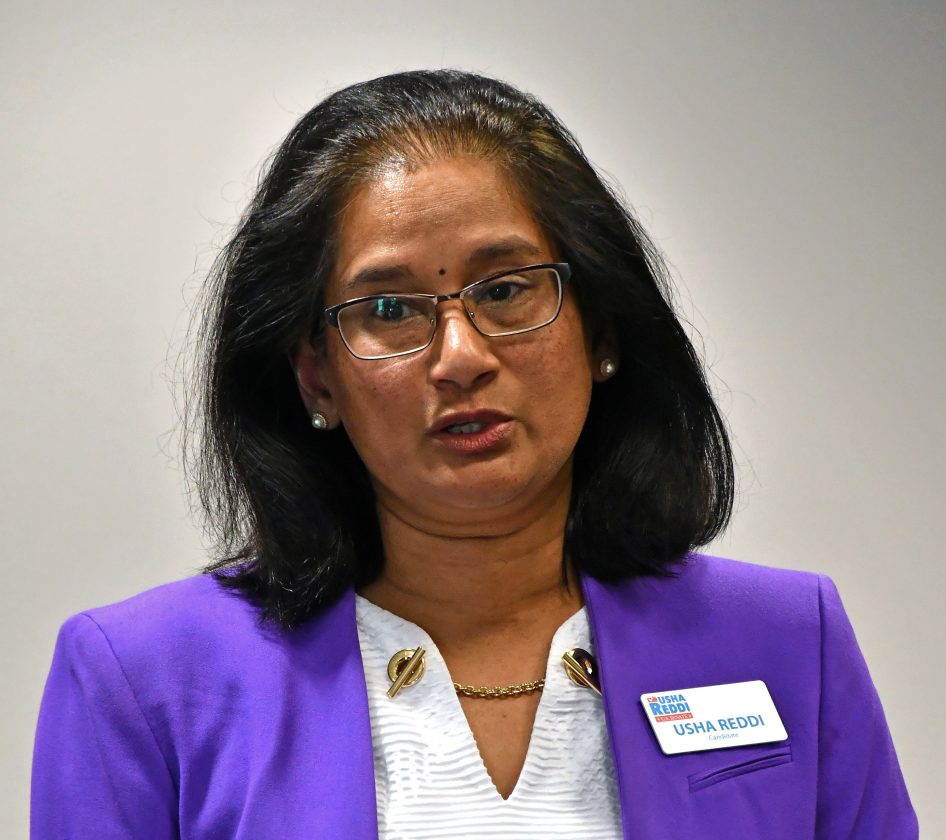 Ananda thanked the Manhattan and Lawrence communities for participating in the challenge and said she was happy to see the participation boost in both towns. In addition to her comments at the commission’s meeting Tuesday, Ananda made a video with a similar message. The Manhattan City Commission’s next meeting is scheduled for May 26, according to the City of Manhattan website.

The U.S. Census attempts to count everyone in the U.S., whether citizens or not, and is conducted every 10 years. Information that individuals provide to the census is confidential. Ananda noted that there is still time to respond to the census and that census takers would soon begin following up with addresses that had not responded. Residents can still respond to the census online at my2020Census.gov or by calling 844-330-2020.