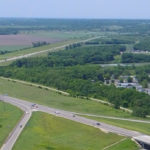 The west leg of the South Lawrence Trafficway, looking northwest from the Iowa Street junction, is shown in this file photo from June 2017.

City leaders will soon receive an update on the potential lane expansion of the western leg of the South Lawrence Trafficway, including the option to make the trafficway a toll road.

As part of its meeting Tuesday, the Lawrence City Commission will receive an update from the Kansas Department of Transportation on the study to expand the western leg of the SLT using both open-access and tolled options, according to a city staff memo to the commission.

Under state law, only new lanes can be tolled, so the tolled options would still include one lane in each direction that is free to use.

KDOT began its three-year environmental impact study on the lane expansion project in September 2018. KDOT has been evaluating both a tolled and open-access highway of either four or six lanes for the western leg of the trafficway, which is currently only two lanes west of Iowa Street. The portion of SLT east of Iowa Street was finished in November 2016, completing the final segment of the bypass project. The eastern leg is a four-lane divided highway.

The KDOT presentation, which is attached to the city staff memo, includes a discussion of recent changes to Kansas law regarding tolling. Under legislation passed last year, tolls cannot be added to existing lanes, and tolls collected on a roadway can be spent only on the construction and maintenance of that particular roadway. The governing bodies of surrounding communities — in this case the Lawrence City Commission, the Douglas County Commission and the Lecompton City Council — have to express interest in creating a toll road in order for KDOT to pursue the option.

However, Lawrence city leaders have long advocated that the state fund the expansion of the western leg of the trafficway and not make the SLT a toll road. The city’s legislative priority statement, which is approved annually by the commission, calls for the Legislature and KDOT to “recognize the regional significance of this project and fully fund this expansion in the 2021 budget.” Other funding options for the expansion project include using fuel, sales and property taxes, according to information KDOT previously provided to the commission.

The first option for the tolled highway consists of six lanes, where two of the three lanes traveling in each direction would be designed as express lanes and would require a toll. There would be a concrete barrier between the eastward and westward lanes, and the express lanes would also be separated from their respective free lane by a concrete barrier. 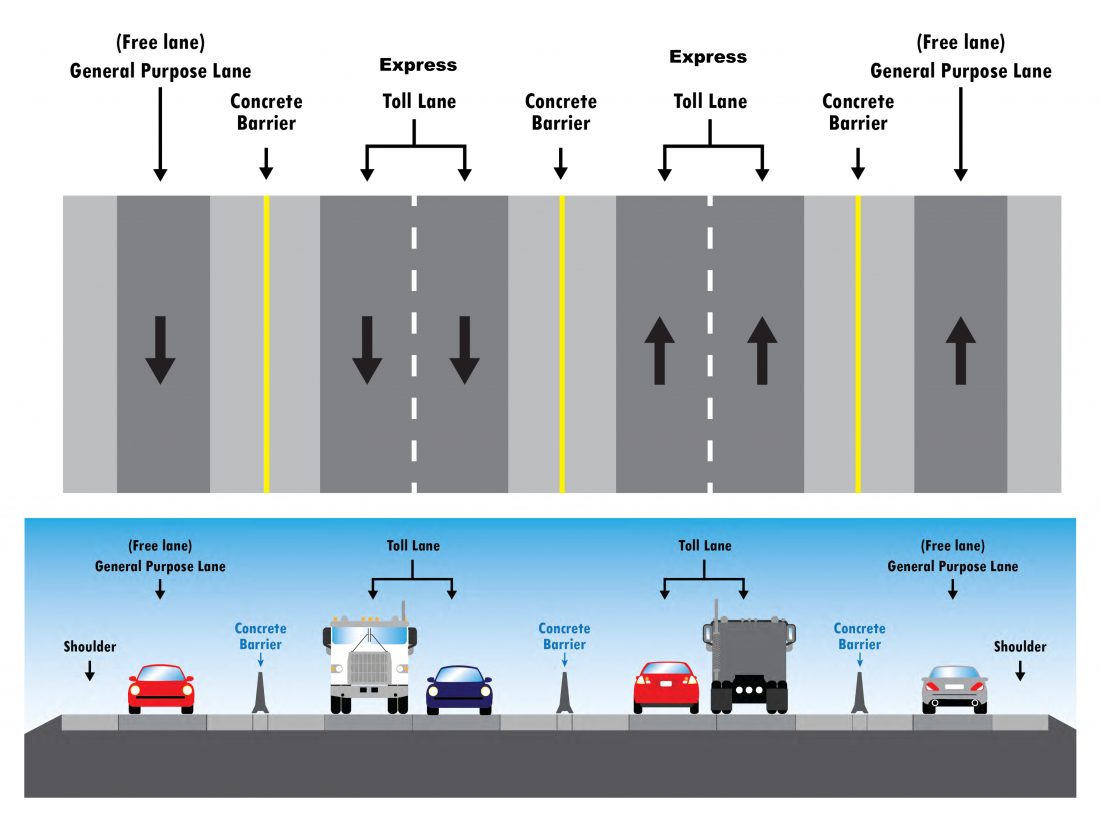 A Kansas Department of Transportation illustration shows an option for a six-lane partially tolled freeway for the western leg of the South Lawrence Trafficway.

The other option for a tollway consists of four lanes, where one lane traveling in each direction would be designated as an express lane and would require a toll. There would be a grassy median between the eastward and westward lanes and a buffer between the free lane and the tolled lane. 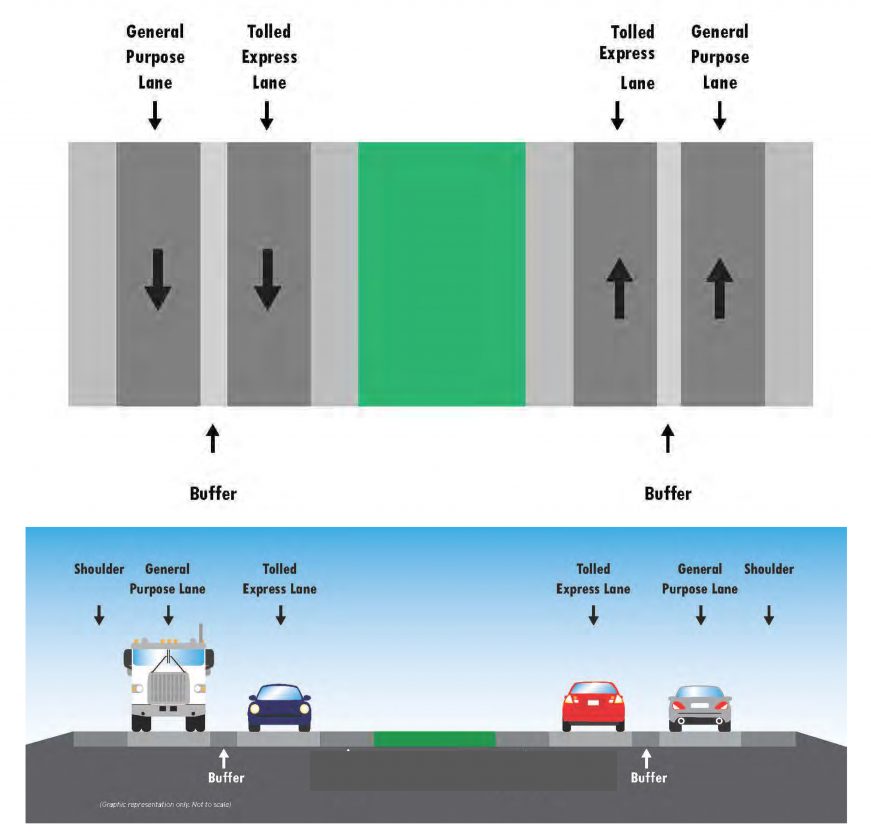 A Kansas Department of Transportation illustration shows an option for a four-lane partially tolled freeway for the western leg of the South Lawrence Trafficway.

The City Commission will convene virtually at 5:45 p.m. Tuesday, with limited staff members in place at City Hall, 6 E. Sixth St. The city has asked that residents participate in the meeting virtually, if they are able to do so, using temporary meeting procedures put in place to help stop the spread of the coronavirus. Directions for submitting public comment and correspondence are included in the meeting agenda that is available on the city’s website, Lawrenceks.org.