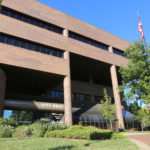 The Lawrence City Commission has approved a nondiscrimination ordinance regarding undocumented immigrants and expressed interest in further developing provisions meant to create transparency regarding how the police interact with those populations.

As part of its meeting Tuesday, the commission voted unanimously to adopt an ordinance codifying city policies and practices concerning immigrants. It includes provisions that prohibit the city from considering immigration status or collecting immigration-related information when providing city services, among other provisions.

The topic came before the commission following a proposal last year from a local immigrant advocacy group, the Sanctuary Alliance. The alliance has been in conversation with city legal staff about the ordinance, but on Tuesday the group called for some changes to the draft ordinance that city staff proposed.

The changes relate in part to a previously discussed Lawrence Police Department administrative policy that generally limits police cooperation with federal immigration agents for noncriminal matters. Specifically, the alliance is requesting that the city ordinance also require the police department to provide an immediate public alert of any communication of reported or planned activity of federal immigration agents in Lawrence as well as a public report of any resulting contact. In addition, the alliance is requesting that the ordinance require the police department to give public notice if there are to be any changes to the department’s policy regarding interactions with undocumented immigrants. Police department policies typically do not require commission approval or public notification for changes to be made.

One of the alliance’s goals is for the city to establish practices that reduce the chance that someone will be detained or deported solely for immigration violations or misdemeanors, which in some cases could be minor traffic infractions. The group has met with city staff to provide feedback on both the city ordinance and the police policy.

The commission and representatives of the Sanctuary Alliance indicated they agreed on the overall goals of the ordinance and related police policy. Those include preventing people from being discriminated against because of their immigration status, prohibiting police and other city departments from collecting information about immigration status, and codifying the police practice of not enforcing requests from federal immigration agents unless they are related to a criminal matter. However, the commission and city legal staff didn’t come to an agreement on exactly how those provisions should be worded, and city legal staff said the matter would require additional review.

As a result, the commission passed the ordinance on first reading with the caveat that the wording of several provisions would be further discussed when the ordinance came back to the commission on second reading at an upcoming meeting. Those include the wording of the provisions related to public notification regarding activity by immigration agents and changes to the police department’s administrative policy.