Lawrence high school student takes a seat on city advisory board, with a mission to save the environment 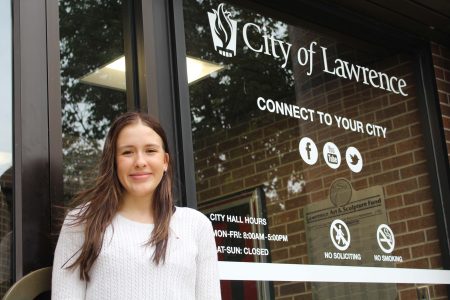 Morgan Orozco, a 16-year-old high school student, stands in front of Lawrence City Hall on Thursday, Oct. 10, 2019. The city recently appointed Orozco to serve on its Sustainability Advisory Board.

Lawrence now has its own teenage environmental advocate calling for action to address climate change.

But unlike Greta Thunberg — the Swedish girl who has traveled around the world to spread awareness about the dangers of global warming — Morgan Orozco, 16, said she was focused on her immediate community.

“The federal government does need to take action against climate change; that’s undeniable,” said Orozco, a Lawrence resident and a junior at Bishop Seabury Academy. “But it’s also undeniable that state and local governments can have an impact, and we need to be doing everything we can on the local and state level to combat this existential threat.”

The City of Lawrence appears to be hearing Orozco’s message. On Oct. 1, the City Commission asked Orozco to help steer what that action might look like by serving as a member on its Sustainability Advisory Board.

The advisory board, which is one of many for the city, specifically focuses on actions the city can take to address climate change, reduce food waste and single use-plastics in town and help the city reach a 100% renewable energy goal. Orozco said she attended her first meeting on Wednesday.

“I think humans are destroying our planet, and that’s a really great concern to me and many other young people,” she said. “Being on the Sustainability Advisory Board is a really good opportunity to combat the negative effects that we as human beings are having on the planet.”

As a board member, Orozco said she wanted to see the city join regional and international coalitions focused on addressing climate change.

Lawrence Mayor Lisa Larsen, who nominated Orozco for the advisory board, said she chose her to serve because of her eagerness to be involved in the local community. She also noted Orozco’s focus on climate change and how that affects future generations.

“Our younger population has taken a strong stance about this issue and the need to ensure they have a viable world to live in as they mature and grow old,” Larsen said in an email to the Journal-World. “I believe they can bring a perspective that many of us might not envision. The stakes are high, and I believe they should have a voice at the table about how our community addresses these issues.”

Orozco first made her presence known to the city in September when she and fellow classmate Lyle Griggs asked the City Commission to consider changing its recycle bins in downtown Lawrence.

They argued that the bins looked too similar and were too closely located to the city’s trash bins, which led pedestrians to place nonrecyclable items in the bins. They suggested the city should invest in new bins that look different and be placed elsewhere to be effective. Larsen directed city staff to look into the issue after their comments. 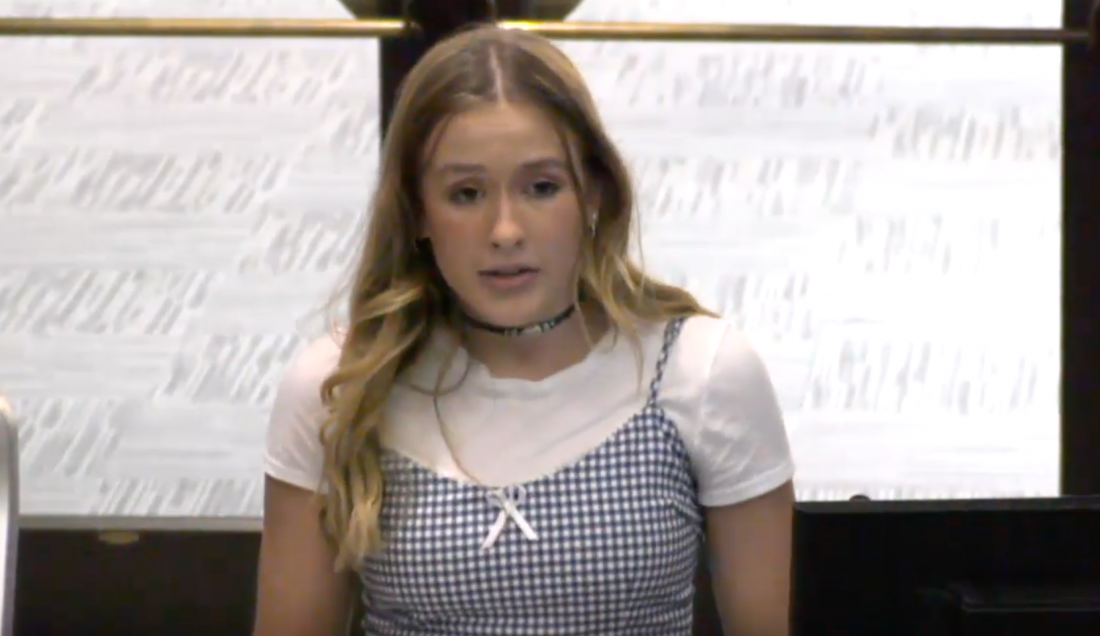 Morgan Orozco, 16, addresses the Lawrence City Commission during its meeting on Sept. 17, 2019. Orozco asked the city to consider making changes to the city’s downtown recycle bins to make them more effective and useful.

Both Orozco and Griggs are leaders for the Kansas High School Democrats organization, which Orozco credits for helping her feel comfortable enough to communicate her advocacy at a young age. She said the organization was focusing on getting young people involved in their communities.

However, Orozco first became interested in the environment well before she was a high school student. She said she began to notice environmental issues when she was 11 while visiting Florida, where she was born, with her family.

As someone who enjoys the Florida beaches and the sea, Orozco said she learned of human waste polluting the oceans.

“That’s simply unacceptable,” she said. “I’ve grown up by the sea, and seeing it destroyed by the human race was detrimental to me. I felt so emotionally impacted by plastic straws and turtles dying.”

She said it was later on when she realized that the dangers to the environment were not only serious, but were now the “single most existential threat to humanity,” making it her greatest concern.

The issue is so great that Orozco does not plan to stop at the local level. When she graduates from Bishop Seabury in the near future, she wants to study political science at Georgetown University in Washington, D.C. There she said she hoped to get an opportunity to work with the federal government, such as serving as an intern for a member of Congress.

After that, how she will continue to work on these issues is not yet known. But one thing is for sure: She will be working in some capacity to help better her community, she said.

“I don’t have my whole life planned out, but I want to go into some sort of public service,” she said. “That’s just the direction I see my life going.”