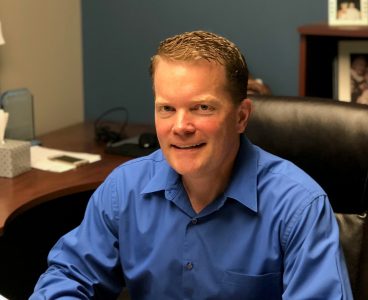 The city’s top urban planner will soon resign, and the city plans to conduct a national search for his replacement.

The City of Lawrence announced the resignation of Planning and Development Services Director Scott McCullough Thursday evening. McCullough has accepted a position as director of community development in Lenexa, according to the news release. McCullough’s last day with the city will be Nov. 1.

McCullough started with the city in August 2007 and has been involved in several key projects during his tenure, according to the release. Those include the planning for Lawrence VenturePark, the expansion of the city’s rental licensing program, and the final integration of the planning and development departments. Over the past six years, McCullough has also led the process to develop Plan 2040, the new comprehensive plan for the city and unincorporated areas of Douglas County.

Plan 2040 includes new growth policies that prioritize infill development in an effort to reduce the city’s infrastructure and public service costs and to add population in a more environmentally sustainable way. The growth policies include restrictions and requirements for annexing new land into the city that have been controversial with some business and development groups. Lawrence VenturePark, a city business park, was developed on the former Farmland fertilizer plant and recently acquired its first tenant, U.S. Engineering Metalworks.

City Manager Craig Owens said in the release that McCullough made important improvements to the city and Douglas County planning office in his 12 years of service, and his work will have a significant impact on the community decades into the future.

McCullough said in the release that he has grown personally and professionally in his time with the city and that it has been a pleasure to serve the community with help of the city’s professional staff.

The city will seek public input on the profile for the new planning and development director and then conduct a national search for McCullough’s replacement. Assistant Director of Planning and Development Services Amy Miller will serve as interim director.