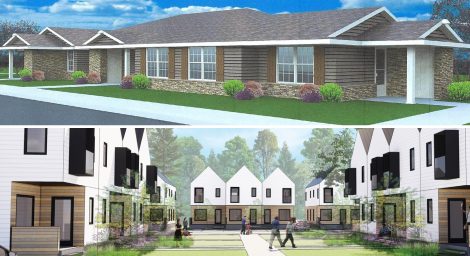 Faced for the first time with funding requests from multiple large-scale affordable housing projects, the city’s Affordable Housing Advisory Board recommended that the city fund senior apartments and mixed-income townhomes.

As part of its meeting Monday, AHAB voted unanimously to recommend that the city provide $350,000 of its affordable housing funding to Bethel Estates, apartments for seniors that will be temporarily affordable for 30 years. The board also voted to recommend that the city provide $125,000 to 23 Tenn Flats, a mixed-income townhome community where a portion of the homes will be permanently affordable.

“I lean toward those two projects being my top two projects because they hit the multiple pieces of the puzzle that we are trying to get at based on our goals,” Oury said. She also noted Bethel Estates scored the highest in the board’s evaluation.

Attorney Patrick Watkins, who represents the developer of Penn Street Lofts, said in an email to the Journal-World that Bethel Estates was a good project but that they firmly believed that Penn Street Lofts was the best application before the AHAB. Watkins said the project had the highest potential to dramatically benefit affordability options in the part of town most in need and they did not understand why the board did not consider a partial award. 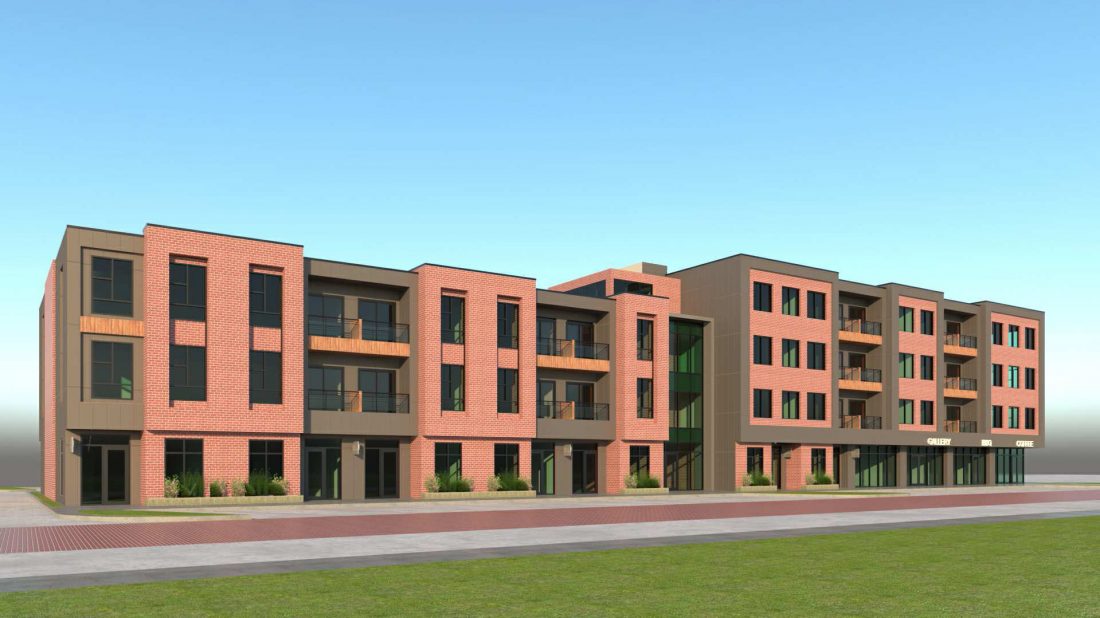 photo by: rendering by H2B Architects

“I think one of the biggest challenges that this group has at this point is it would be great if we could fund everybody, but we can’t; it’s impossible,” Howe said. “I think what we’ve done with Penn Street is we’ve said please keep coming because we are very interested in that project.”

Board Chair Ron Gaches, who represents the chamber of commerce, said he agreed Bethel Estates and 23 Tenn Flats were great projects. However, Gaches asked how the board distinguished between those projects and Penn Street Lofts and why the lofts were not deserving of support.

Board member Monte Soukup, who represents Justice Matters, responded that he thought Bethel Estates had an edge over Penn Street Lofts because of the amount of housing trust fund dollars requested per affordable bedroom created. He noted that the board’s evaluation indicated that Bethel Estates’ cost per bedroom was about $5,700; 23 Tenn Flats’ was about $5,500; and Penn Street Lofts’ was about $9,500. Oury also noted that 23 Tenn Flats would be providing townhomes that would be permanently affordable.

Both Soukup and Howe agreed that they hoped Penn Street Lofts would apply for the board’s next round of funding. Howe asked city staff how much funding the board would have available next year and was told that the city expected to have about $1.3 million. More information about the three projects follows, and summaries of all seven applications were previously reported by the Journal-World.

• Bethel Estates requested $400,000 toward the construction of 42 one- and two-bedroom apartments for seniors. The units will be temporarily affordable for a period of 30 years. The project will be phase two of the existing Bethel Estates development, located at the intersection of O’Connell Road and 25th Terrace. The apartments will be leased to people age 55 and older making up to 60% of area median income. Wheatland Investments is the developer.

• 23 Tenn Flats requested $235,000 toward the land purchase needed to construct a mixed-income neighborhood of 17 townhomes. At least 25% of the townhomes will be permanently affordable units. The two- and three-bedroom energy-efficient townhomes will be located at 2314 Tennessee St., where there is currently a vacant property in disrepair. The townhomes will be sold to income-eligible households making 30% to 80% of area median income. Porch Light Homes is acting as the developer, architect and contractor.

• Penn Street Lofts requested $550,000, to be broken up over three funding periods, toward the construction of a mixed-use development that will include 47 rental units. The units will be temporarily affordable for a period of 30 years. The studio, one-bedroom, two-bedroom and three-bedroom units will be located in the arts district in East Lawrence at 800 Pennsylvania St. The units will be rented to income-eligible households making from 30% to 80% of area median income. The ground floor will consist of 4,581 square feet of commercial space and seven live-work units with potential for artist studios and creative arts applications. Tony Krsnich is the developer.

The board’s recommendation will now be sent to the City Commission, which makes the ultimate determination. The commission is scheduled to consider the recommendation as part of its meeting Nov. 19.