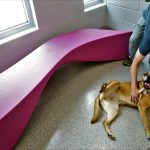 Monica gets a belly rub from Cody Kierstead in one of the adoption meeting rooms on Friday, June 7, 2019, at the newly built Lawrence Humane Society shelter at 1805 E. 19th St.

Though visitors to the new Lawrence Humane Society will appreciate the shelter’s larger, brighter building, shelter leaders say it’s the animals that stand to benefit the most.

The new $7.5 million building is about 25% bigger than the old shelter, and provides about four-times the amount of space for medical care. Additional ventilation and isolation rooms also help stop diseases from spreading.

“One of the biggest challenges that we face in our current facility is that we don’t have isolation space and our clinic is incredibly small and limits what we’re able to do in terms of the efficiency of our medical care,” Interim Executive Director Meghan Scheibe said on Wednesday, before the Humane Society began moving animals into the new building. 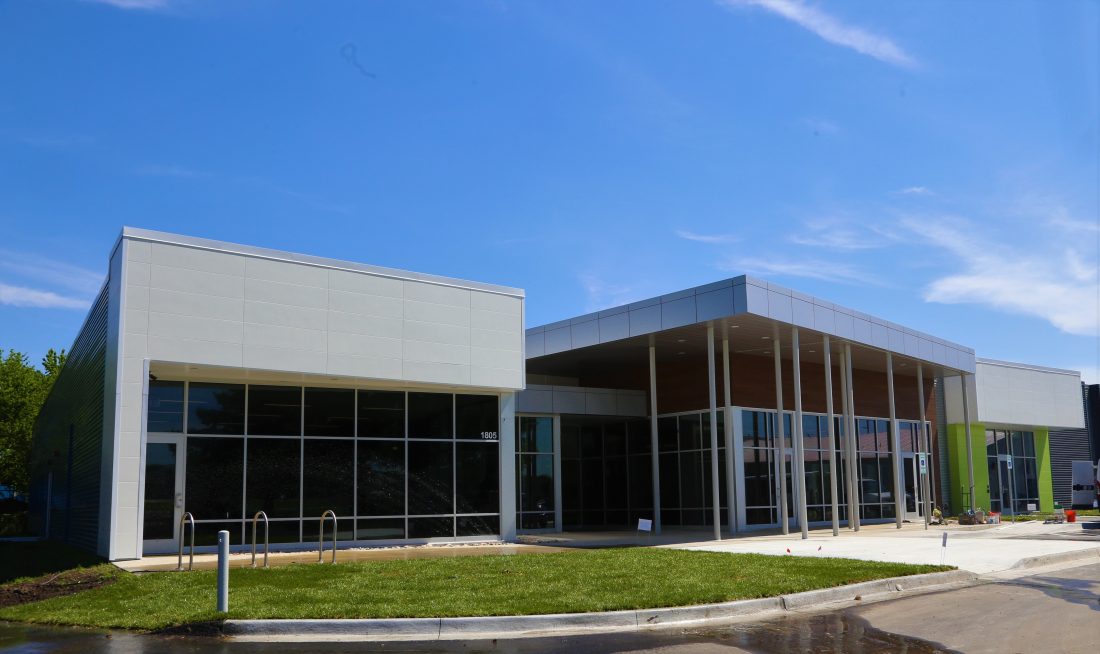 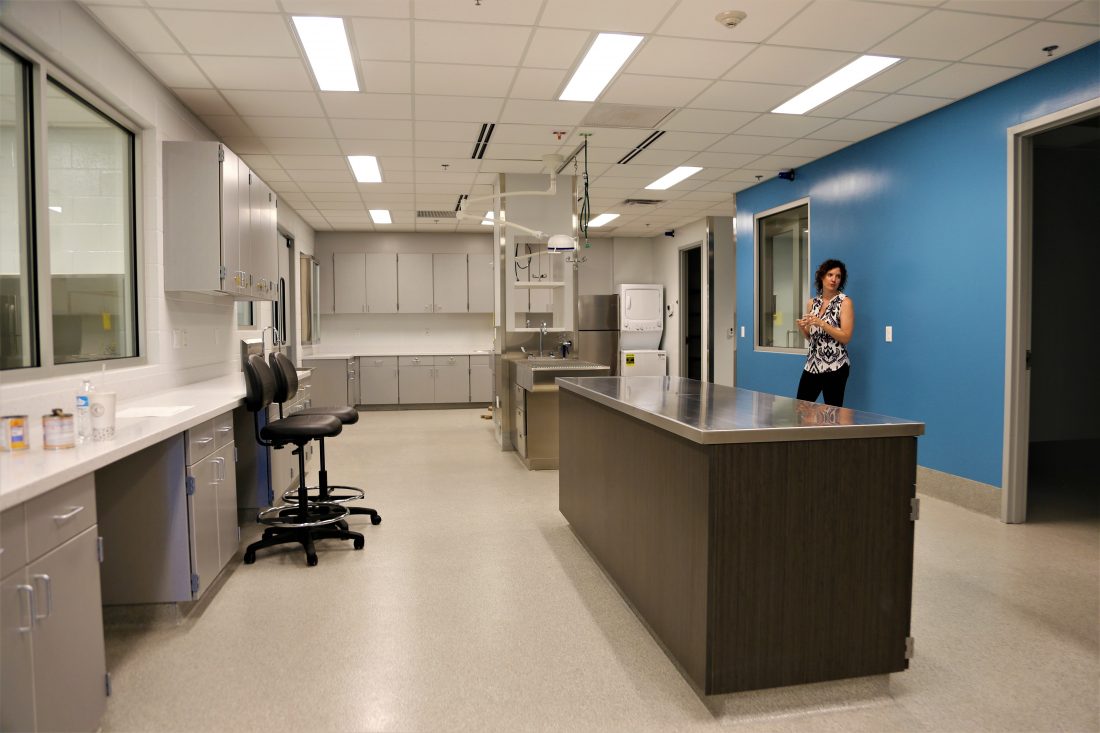 Meghan Scheibe, interim executive director of the Lawrence Humane Society, gives a tour of the veterinary lab at the Humane Society’s new shelter on Wednesday, June 5, 2019.

Scheibe said the new exam rooms are both larger and better equipped, enabling three vets to work at once instead of only one. She said the new shelter also has 21 separate HVAC systems compared to the two systems at the old building. Separate ventilation systems are vital, she said, because the shared airflow in the current building prevented ill animals from being fully isolated from their healthy peers and allowed diseases to spread.

Regarding the decision to build a new facility instead of renovating the old one, Scheibe said community surveys conducted by the Humane Society indicated that people wanted the shelter to be able to perform a high volume of low-cost spay and neuter surgeries and have the capability to run a trap-neuter-release program for feral cats. She said the limited space for a medical clinic at the old facility, which is about 20 years old, would not have allowed for such programs, even with a renovation.

In addition to their own HVAC systems, Scheibe said isolation rooms for sick animals are connected to their own separate outdoor space so those animals can still go outside without impacting others. As far as sanitation goes, the new dog kennels are easier to clean and the cat kennels have a separate vented compartment for litter. 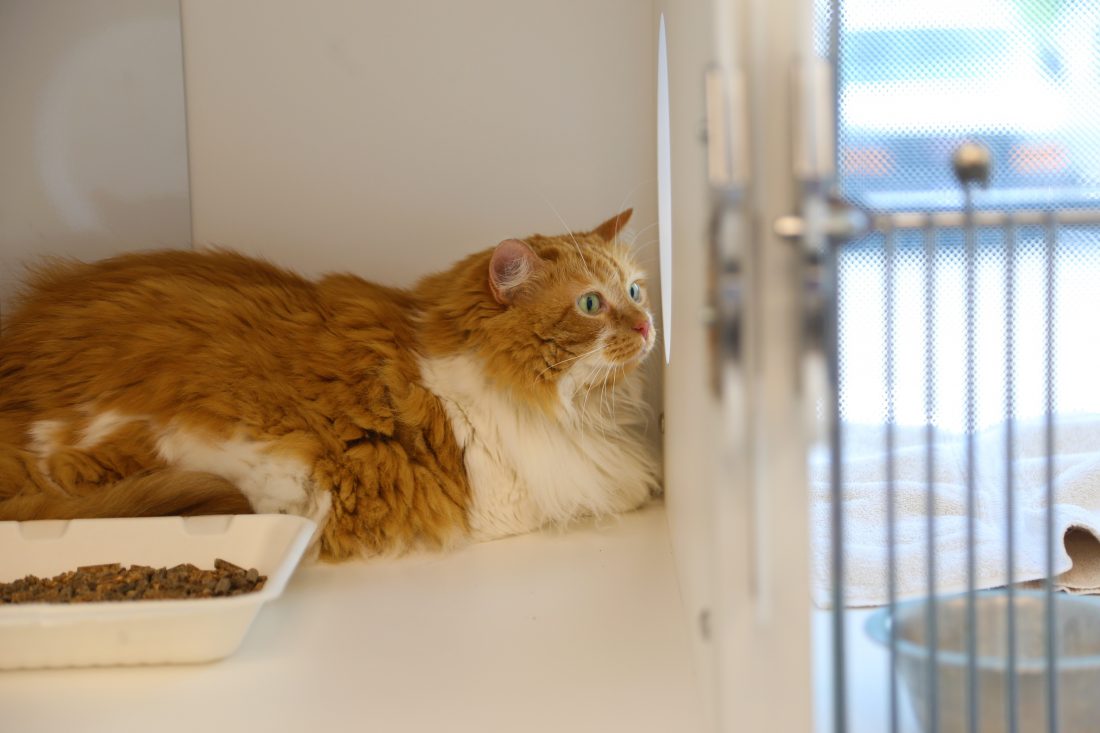 Petals looks out the window of her new kennel on Friday, June 7, 2019, at the newly built Lawrence Humane Society shelter at 1805 E. 19th St.

Other additions are more oriented toward comfort. The main kennel areas have tall windows, allowing for more natural light than the more closed-off kennels at the old building. The kennel rooms have audio systems to play music or nature sounds, and they’re also soundproof, helping to keep the kennels quieter for both dogs and cats. In an interior room for cats that need longer-term medical care, there is a TV on the wall that Scheibe said will be used to play nature scenes since there are no windows.

Scheibe said she also hopes the new building, which has a bigger lobby area, multipurpose meeting room and additional indoor areas for the public to meet pets, will be a place that people also want to visit. 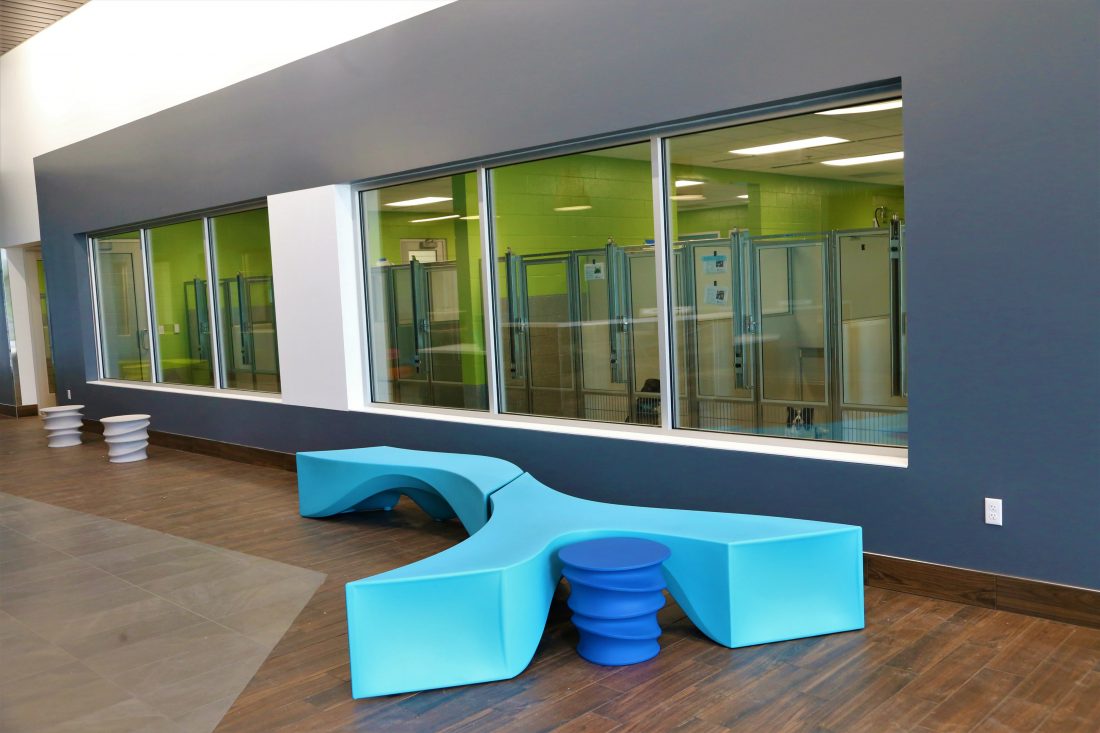 The city of Lawrence provided the project a $2.5 million grant, and the shelter raised the remaining $5 million in private donations. Construction of the new shelter began last summer at the Humane Society’s current site at 1805 E. 19th St. Now that the new building is complete, Scheibe said the old building would soon be demolished. 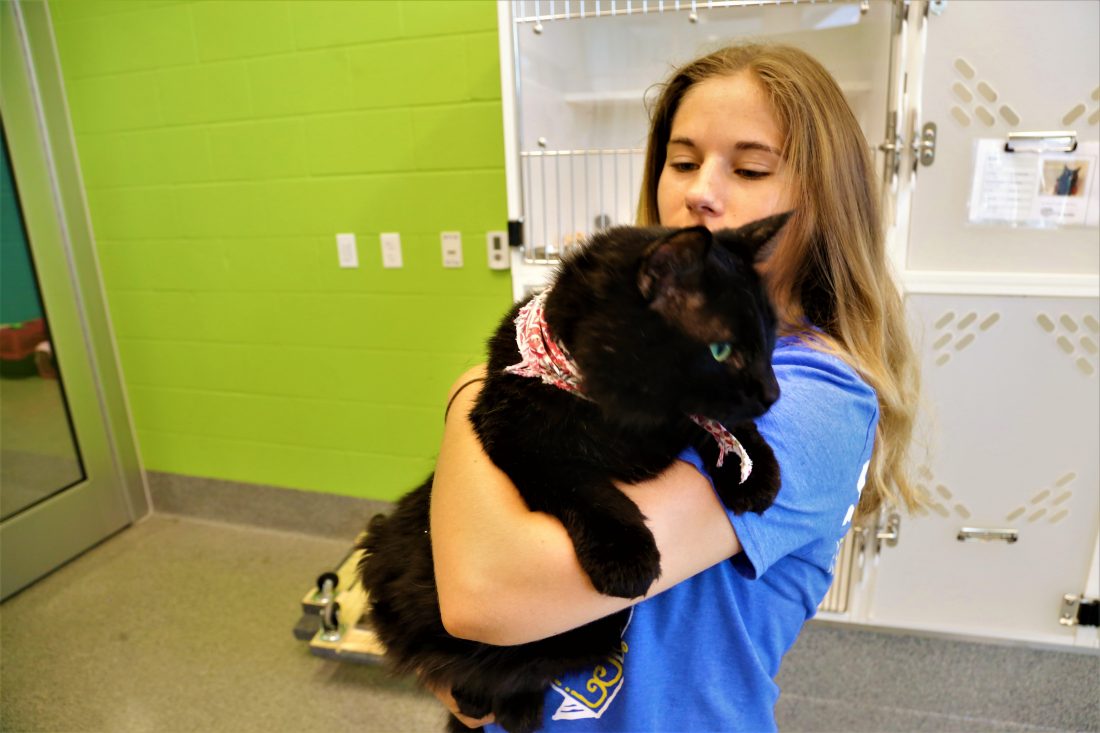 Michele Thompson, development and events coordinator with the Lawrence Humane Society, introduces Rodney to his new environment on Friday, June 7, 2019, at the newly built shelter at 1805 E. 19th St. 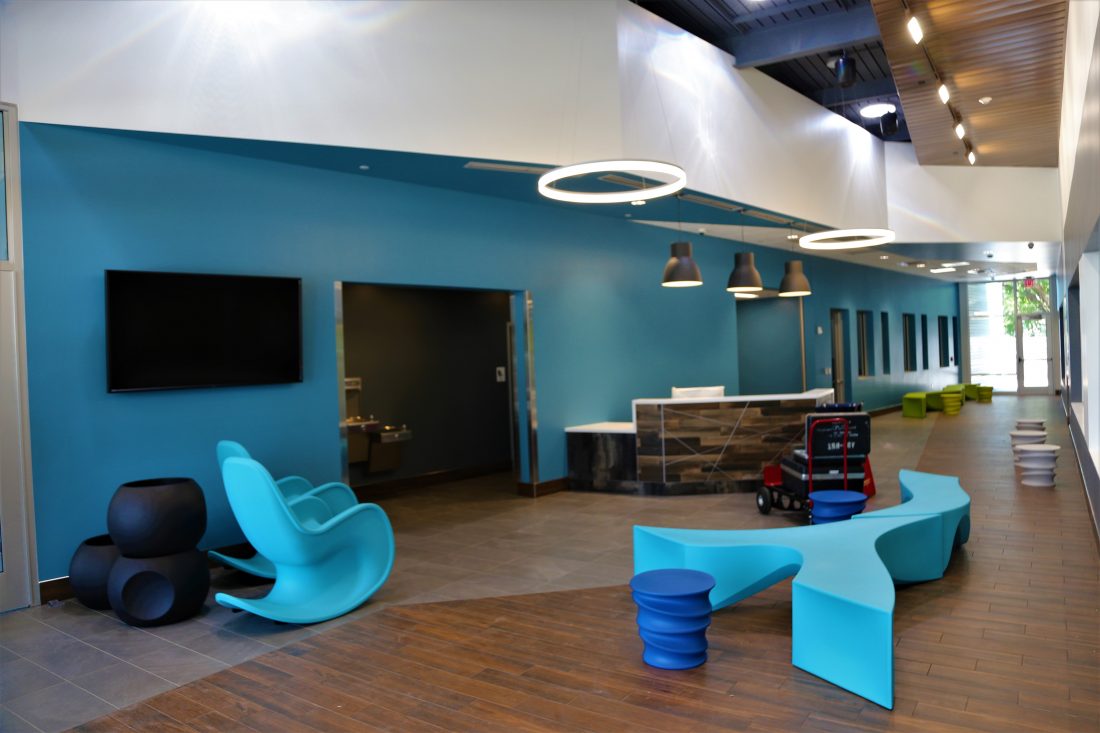 Editor’s note: This article has been updated to reflect a change in the opening day of the animal shelter’s new building.