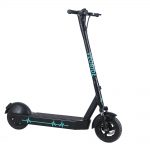 A VeoRide electric scooter is pictured in this promotional photo from the company.

The bike-share company currently operating in Lawrence is requesting the city’s permission to add electric scooters to its fleet of rentable vehicles and to lift parking restrictions.

More specifically, VeoRide Inc. is requesting that the city allow it to rent out 150 electric scooters and permit its customers to park bikes and scooters outside currently designated bike racks, according to VeoRide’s request. In addition, the company is asking the city to accept VeoRide as the “exclusive vendor” in Lawrence. The Lawrence City Commission is scheduled to receive the request as part of its meeting Tuesday.

Currently, VeoRide rents bicycles and motorized e-bikes, and customers are required to park the bikes in specified areas on city right-of-way or else pay additional fees. The company initially began operating only on the University of Kansas campus, but last summer the commission approved an agreement to allow the company to add about 20 locations on city right-of-way where customers can park a bike. VeoRide is now asking that specific parking locations be only “recommended” instead of required, citing a desire to make using the service simpler for its customers, among other factors. VeoRide states that its staff will continue to pick up vehicles parked in undesired locations.

VeoRide’s initial plan for electric scooters would be to bring 150 scooters to Lawrence, according to the request. Of those, 100 would operate on the KU campus and 50 in the downtown area. If approved, VeoRide states that it would remove 100 pedal bikes from its fleet and donate them to low-income communities in Lawrence.

Lastly, VeoRide is requesting that the city not allow similar companies to operate in Lawrence. VeoRide claims that while competition is “largely a great thing for consumers,” in the bike- and scooter-share business it doesn’t affect pricing and instead just means a city has more bikes and scooters and that each company’s revenue is hurt. 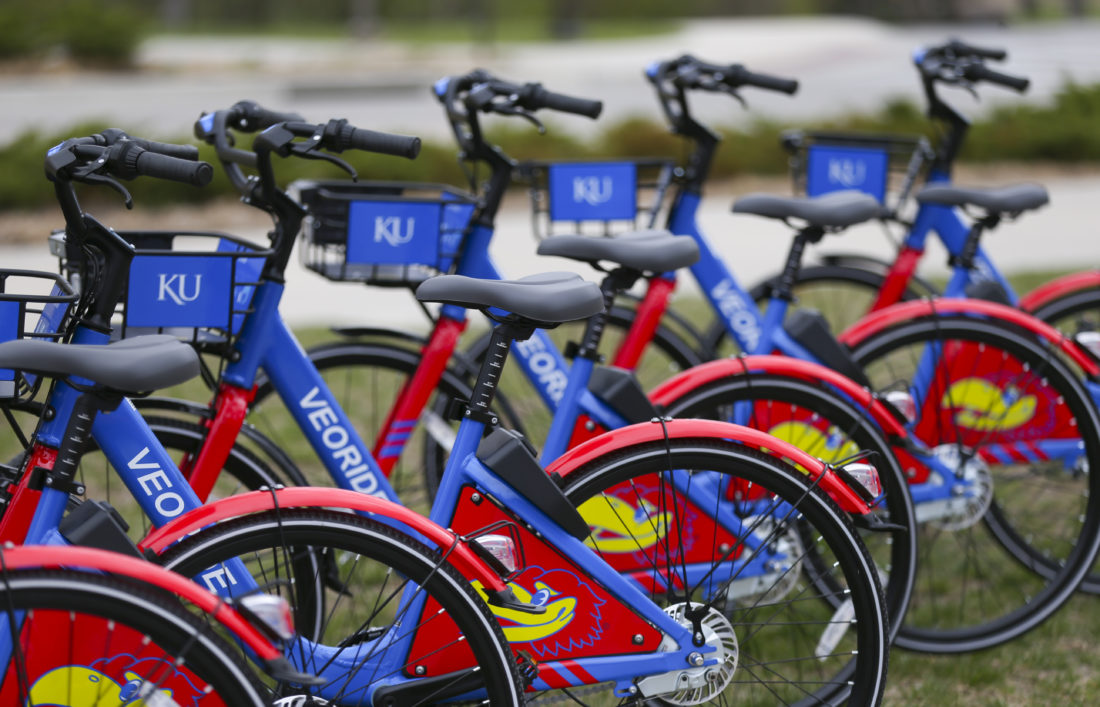 In this file photo from Wednesday, April 18, 2018, a row of new KU-themed VeoRide bike-share bicycles await riders outside Stauffer-Flint Hall on campus.