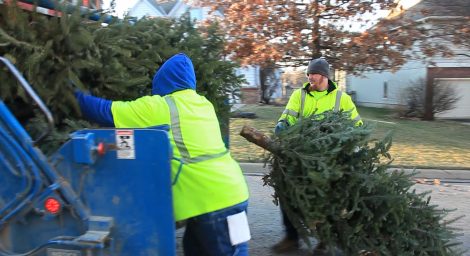 The City of Lawrence will collect Christmas trees throughout January to be used for wildlife habitat.

Lawrence residents may place live-cut trees at the curb or alley by 6 a.m. on their collection days throughout January, according to a news release from the city. Christmas trees will be collected separately from trash. All artificial items must be removed, including tinsel, lights, ornaments and tree stands.

There will be no trash, recycling, yard waste or Christmas tree collection on New Year’s Day. As a result, collection routes for Wednesday, Thursday and Friday will be delayed by one day. Regular collection dates will be in effect for all other weeks in January.

The city typically collects about 2,000 Christmas trees annually, according to yearly totals on the city’s website. The trees are deposited on an area of land now part of Riverfront Park that served as a landfill decades ago, as the Journal-World previously reported. 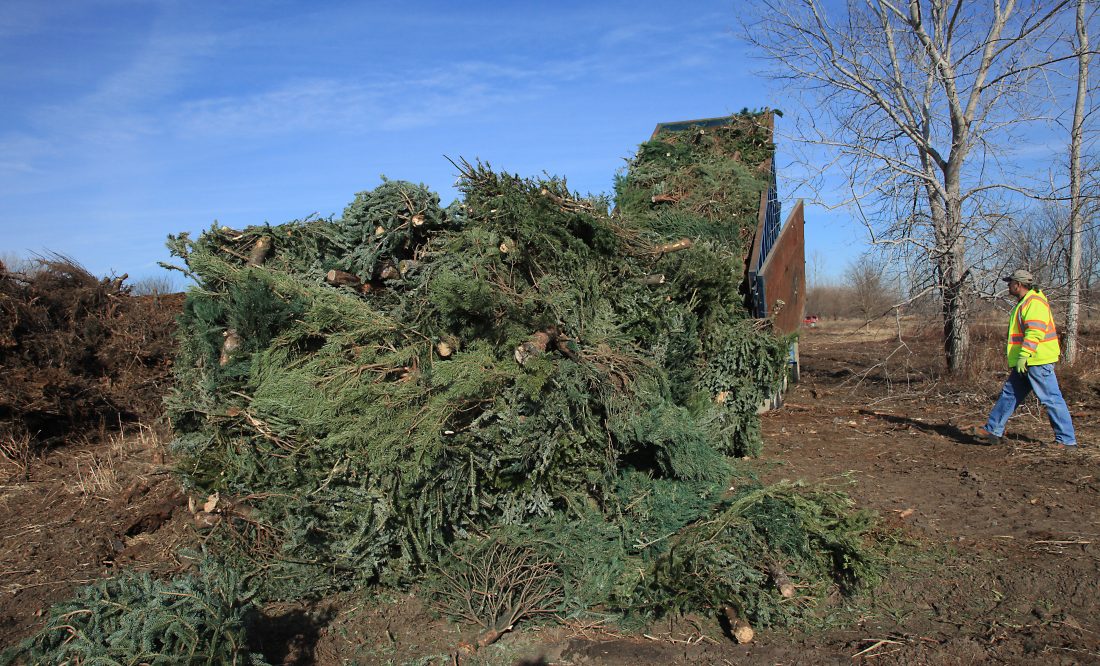 City of Lawrence crews dump collected Christmas trees for use as part of a wildlife habitat in this file photo from Monday, Jan. 9, 2012.