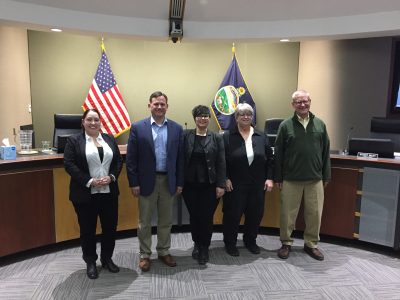 As part of her State of the City address Tuesday, outgoing Mayor Lisa Larsen told attendees that there is much to celebrate and much to work toward.

“The state of the city is sound, but not without challenges,” Larsen said. “We have significant needs that have gone unmet in our core services. Our infrastructure has many strengths but also many unmet needs for maintenance.”

Larsen said the city has just begun to understand the depth of those infrastructure needs and that she believes 2020 will bring a clearer picture and a strong plan to address them. Larsen also discussed several accomplishments of the Lawrence City Commission in the past year, including hiring a new city manager, taking steps to address the city’s affordable housing shortage, approving the new comprehensive plan and making progress on the city’s strategic plan, among others.

Following tradition, Larsen gave the State of the City address as part of the first meeting of the newly elected commission. As part of its meeting, the three recently elected commissioners were sworn in and the commission voted unanimously to elect outgoing Vice Mayor Jennifer Ananda as mayor and incoming Commissioner Brad Finkeldei as vice mayor. 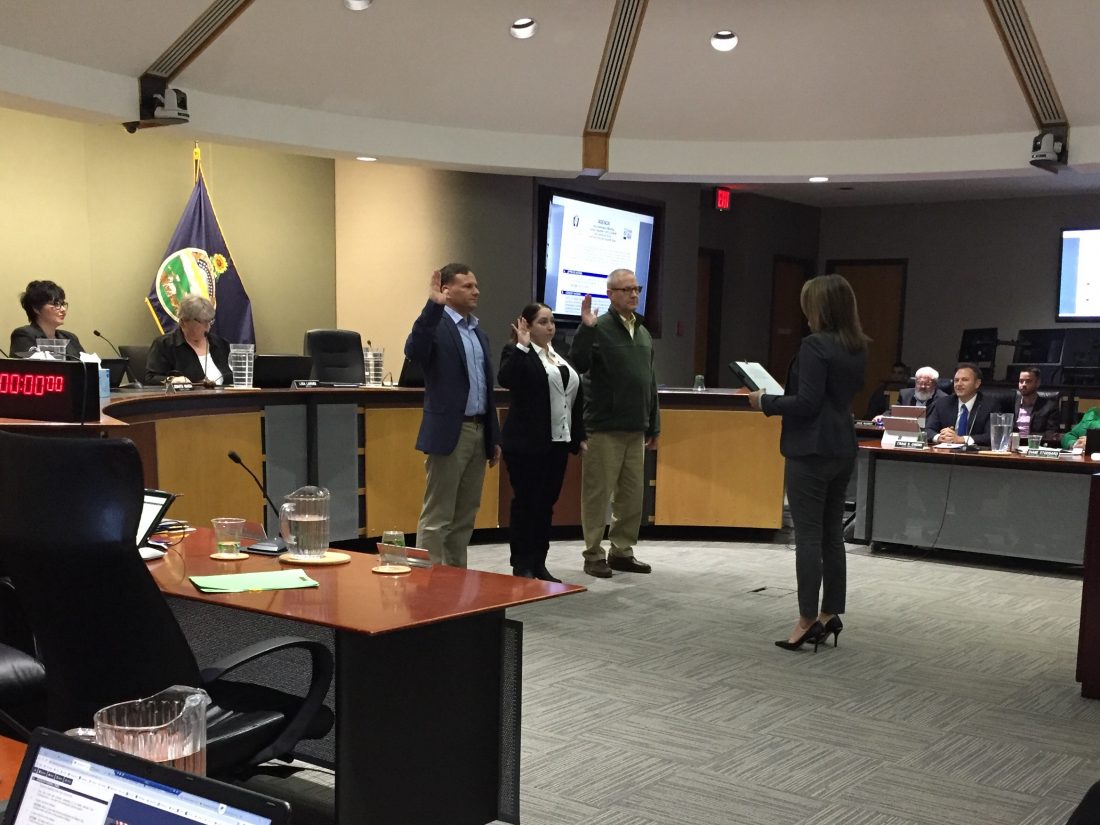 The first accomplishment Larsen noted was the hiring of City Manager Craig Owens. Larsen said that Owens came to the city with extensive experience in city management and that his first five months in office have proven to be a promising start in leading Lawrence.

“He has begun the process of building partnerships and is providing much needed leadership in better understanding the needs of our core services,” Larsen said. “To date, I believe Craig’s approach to management has been very thoughtful, very measured and has been reflective of our need for a long-range vision for our community.” 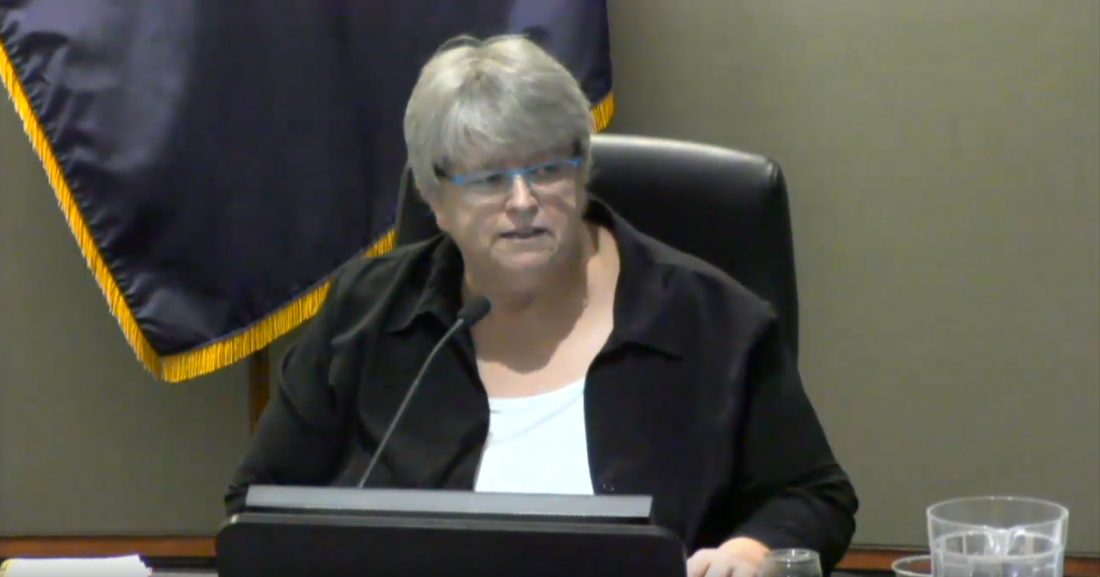 Larsen also noted the commission approved the new comprehensive plan, Plan 2040, which she said has been in discussion for more than six years. She said the controversial provision that requires a community benefit for annexations will be the first the Douglas County Planning Commission will take up. She said as the plan is further defined, policies and regulations will be developed to increase the understanding and predictability of the community benefit requirement.

Larsen also spoke about the progress the commission has made on the strategic plan that it adopted in 2017. The plan covers topics such as economic growth, fiscal planning and commitment to core services and includes eight priority initiatives that the commission hoped to accomplish within two years. Larsen said the commission completed 75% of those initiatives — including the reconstruction of East Ninth Street, identifying barriers to high-speed internet and developing a long-term financial strategy — and the others are in process.

The new commission will be updating the strategic plan early next year. Incoming Mayor Ananda spoke to the importance of that update. Ananda said that when making those decisions, the commission should consider how each choice affects the health and sustainability of people, the economy and the environment. She said if the commission is successful, the strategic plan will incorporate community input and serve as a roadmap for the city for the next two to five years.

“It will guide every decision we make on the dais in the coming year, including our budget decisions and our agenda items,” Ananda said. “It will also put us in a position to know what we expect from ourselves, our community partners and a record that will reflect transparently what our residents and community partners can expect from us.”

Like Larsen, Ananda also spoke to the importance of city infrastructure maintenance and that the commission needed to continue to address the “cans that had been kicked down the road.” She welcomed the new commissioners and said she was glad they’ve both expressed interest in the commission having more direct dialogue, which she said would be vital to decision-making.

In other business, the commission voted unanimously to approve an expansion of the Catalyst Program, the city’s fast-track incentives program for industrial projects. The change, which city staffers said they saw as more of a clarification, allows applications from industrial expansion projects in Lawrence VenturePark and on privately owned property within the city. Previously, only new industrial projects and industrial expansion projects in East Hills Business Park qualified for the program. The change to the program will allow the Standard Beverage Corporation to apply for incentives under the program for an expansion it plans to make at its existing facility.