While water rates are set to go up 8% next year, the city is sitting on a huge pile of cash in its utility fund.

How much cash? So much that city officials aren’t entirely sure where it all came from.

A review of financial documents by the Journal-World found that the city’s water/sewer fund is projected to end 2019 with nearly $42 million in reserves. To put that in perspective, for every $1 that the water/sewer fund spends in 2019, it has an additional 84 cents sitting in a type of savings account known as a fund balance.

“That is a lot,” said Dave Wagner, who oversees the utility department as the city’s director of Municipal Services and Operations.

Aug. 4 — The city plans to put a new tax on your drinking water, but some question whether it’s fair to low-income residents

Whether it is enough to cause city officials to back off from the proposed 8% water/sewer rate increase is unclear. Wagner said he’s asking his staff to look more closely at the fund balance issue as part of a regular annual review of rates. That study, though, is expected to take at least six weeks. That puts the study well after city commissioners must approve the 2020 budget, which includes the rate increases. But the study would be completed before the new rates actually take effect.

City commissioners have final authority over water and sewer rates, but several commissioners said they had not been made aware of how large the utility department’s cash pile had grown. Mayor Lisa Larsen and commissioners Stuart Boley and Matthew Herbert all said they were open to getting more information about the cash balances and the effect they have on water rates. But all stopped short of saying they were ready to reduce the proposed 8% rate hike.

“There is never anything wrong in taking a closer look at it, and definitely making sure we understand what we have before us,” Larsen said.

Utility officials agree that, potentially, the cash could be a way to lessen the increase of water/sewer rates. The key point to understand is that a large portion of the proposed rate increase is meant to pay for additional maintenance projects on aging pipes and plants. Many of those projects will be funded with debt, which requires an increase in rates to make the annual debt payments.

But, if large amounts of cash are available, the city could simply pay for some of those projects with cash and not have to take on as much new debt. If the city is able to reduce the amount of debt it must take on, it also could reduce the amount of money it needs to raise through higher rates.

Wagner said he’s committed to figuring out whether that is the case.

“We are not in the business of accumulating money,” Wagner said.

An advocate for utility ratepayers said it would be appropriate for the city to consider using the cash to reduce the planned rate increases. David Nickel is the consumer counsel for the state’s Citizens Utility Ratepayer Board. His group doesn’t become involved in water rate cases, but rather advocates for ratepayers in electric and natural gas cases that go before state regulators. He knows what his group probably would ask for if it saw an electric or natural gas company seeking a rate increase while also having a fund balance equal to 84% of all its expenses.

“I think we would look at it and say ‘You have too much of a fund,'” Nickel said. “We would ask that the amount be lowered and reflected in new rates.” 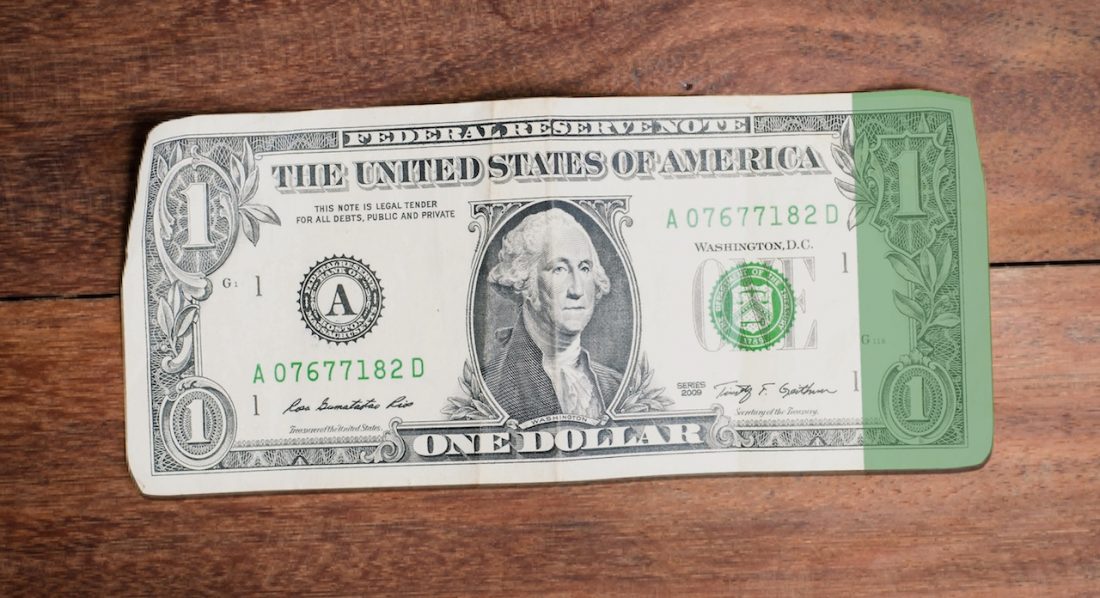 For every $1 that the city of Lawrence water/sewer fund spends in 2019, it has an additional 84 cents sitting in a type of savings account known as a fund balance. The shaded portion in this image represents the portion of each dollar being spent.

Jeremy Willmoth, the city’s director of finance, said it was difficult for him to understand the circumstances that led to the spike. He was not with the city in 2017, having joined the staff earlier this year.

“What they thought 2017 would end at and what it actually ended at were significantly different, though,” Willmoth said.

Whatever happened, it repeated itself in 2018. The city’s 2018 budget called for the year to end with $23.2 million in the city’s water/sewer fund. Instead, recent city budget documents show it ended the year with $42.1 million. That’s nearly $19 million of money that the city didn’t budget to have in its water/sewer fund.

Wagner was overseeing the utility department in both 2017 and 2018. He said, however, he’s not sure how to explain the increase in the fund balances. He said his staff will be looking at the timeline to determine whether the department had an exceptionally good year of water sales, a reduction in expenditures, was impacted by changes in accounting standards or whether other factors came into play.

“I don’t think we have an answer on that yet,” Wagner said.

The questions over the utility account have highlighted that the city doesn’t have a policy in place for how much cash the utility account should have. That’s different from the city’s general fund, which is used to pay for public safety, roads and other basic city services. A formal policy exists that says the general fund shouldn’t have a fund balance that is greater than 30% of expenses for the year.

At 84%, the water/sewer fund far exceeds that standard. To some degree, that is expected for a utility fund. The water/sewer fund has lots of bond and interest payments it must make. As a condition of that debt, lenders require the city to keep a certain amount of money in reserves to ensure that it can make its annual debt payments, even in times of a downturn.

But budget documents also make clear that amount doesn’t need to be 84% to meet those debt requirements. In 2018, budget documents show the city would need about a 50% fund balance in its water and sewer fund over the next five years. Willmoth said the city is now crafting a policy for the water and sewer fund. Wagner said he supports the idea of having a policy that would create guidelines for how much money should be kept in the account.

It is not clear why the 84% fund balance number didn’t get more attention during this year’s budget sessions. It is an eye-catching number. When Nickel, the ratepayer advocate, was told of the amount, he said “Wow, that is huge.”

But city commissioners said they don’t recall the amount ever being brought to their attention during budget sessions. The amount, though, is listed in the city’s budget book. The Journal-World was able to determine how much it had grown from original projections by looking at past years’ budget books.

Herbert said the information would have been good to know while the city was discussing water/sewer rates. But he also said he’s not sure the money would do much to change the long-term situation of the water/sewer utility. He said the biggest issue facing the water and sewer department is that pipes are wearing out faster than the city expected.

The situation is particularly acute with water pipes. Iron pipes in certain parts of the city are not reacting well with the acidic soil conditions. That is causing the pipes to deteriorate at a rate quicker than expected. It also is creating questions about whether the city should have spent the extra money to wrap the pipes in a protective coating when they were installed.

“I would love to be able to predict those,” Herbert said of future rates. “I just know we are seeing infrastructure fail basically at its half-life. If that continues in the future, we’ve got a real problem.”

City commissioners will hold a public hearing on the 2020 budget at their 5:45 p.m. meeting Tuesday at City Hall.