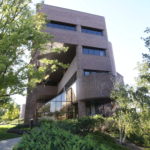 The local sustainability director told city leaders Tuesday that ambitious climate action is needed on the global, national and local levels, and that the city needs a plan to mitigate and adapt to climate change.

Lawrence-Douglas County Sustainability Director Jasmin Moore told city commissioners at their study session that local governments are already dealing with more frequent flooding and extreme heat, and that the city needs a plan for the years to come to deal with those and other climate-related issues.

“What are we doing to adapt to those changing conditions?” Moore said. “The status quo is pretty risky at this point, and so (we should be) thinking about how we can continue to move forward.”

For example, Moore noted recent flooding events in the Midwest that affected parts of Kansas. She said local governments should consider whether more frequent flooding should affect where buildings may be constructed and how roads, bridges and other pieces of the local infrastructure are built. Regarding extreme heat, Moore said local governments need to consider what they have in place to support vulnerable populations. Other impacts included the effect of climate on water and food supplies.

Regarding how local governments can reduce their impact on the environment, Moore said there are several recommendations being talked about at the national level. For example, she said cities around the country are setting goals related to renewable energy and that there is even discussion in the Kansas City area about local governments coming together to make a regional climate compact.

She said other potential strategies could relate to aspects such as transportation, energy use and waste reduction, and that it was important to have a strategy instead of making one-off decisions.

“I want to encourage us to continue to be bold, to be courageous with our climate action so that Lawrence can continue to be a leader and be on the forefront of this and be an example for other communities of our size,” Moore said.

The commission adopted a Climate Protection Plan in 2009, which included the goal of reducing communitywide greenhouse gas emissions by 30 percent by 2020 and by 50 percent by 2030. As part of the study session Tuesday, Moore also provided an update on the city’s climate protection and sustainability goals and what action has been taken to reduce the city’s emissions. Moore said that from the baseline year of 2005 through 2017, greenhouse gas emissions citywide have gone down by 26 percent.

Moore highlighted several steps taken in the last 10 years by the city, including the citywide recycling program, a program to reduce the amount of storm water entering the water treatment system, and $11.3 million in energy efficient upgrades to buildings, including solar panels, LED lights and new heating and cooling systems. However, she said most of the emissions reductions are due to Westar Energy, the power source for the city, increasing the amount of renewable energy it uses.

Last year, Westar also provided an option for some of its large-demand customers, including Lawrence, to purchase wind energy at a fixed rate for the next 20 years. City staff said that it had been in the process of reviewing Westar’s offer but had not been able to determine whether it was a good idea before all the wind energy was spoken for. At Tuesday’s work session, Mayor Lisa Larsen asked city staff whether the cost-benefit analysis of that offer from Westar was complete, and city staff said those results would be shared at an upcoming meeting.

The city’s Sustainability Advisory Board is also discussing specific recommendations for policy changes, and Moore said the board could also discuss recommendations for reaching the 2020 emissions reduction goal. Moore said she would want to engage in a communitywide conversation regarding other potential changes, but that would take more resources.

In other business, the commission voted as part of its consent agenda to hire a consultant to study the city’s solid waste service and the collection rates charged to Lawrence residents. The commission approved a contract with Burns & McDonnell for $59,140 for the Solid Waste Rate Study.