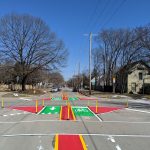 A temporary traffic installation at the intersection of 13th and Connecticut streets demonstrates a potential design for a bicycle boulevard.

Some motorists appear to have been unhappy with the city’s idea to convert an East Lawrence street into a bicycle boulevard, and a member of the Lawrence City Commission is also asking questions about the design.

At the commission’s meeting Tuesday, Commissioner Leslie Soden, who drives for Uber, said she thought there was a disconnect regarding the concept and what she called a dramatic change for motorists proposed for the intersection of 13th and Connecticut streets. She said the proposed design essentially reduces the intersection from a four-way to a two-way, as it does not allow motorists on 13th Street to cross Connecticut Street.

“I had the idea that we were addressing lengths of streets and not so much the actual intersection in such a dramatic way,” said Soden, noting that when she first saw a picture of the installation she didn’t understand it. “I had to actually drive through it to even understand what on earth was going on with it, and that was just not a very good rollout.” 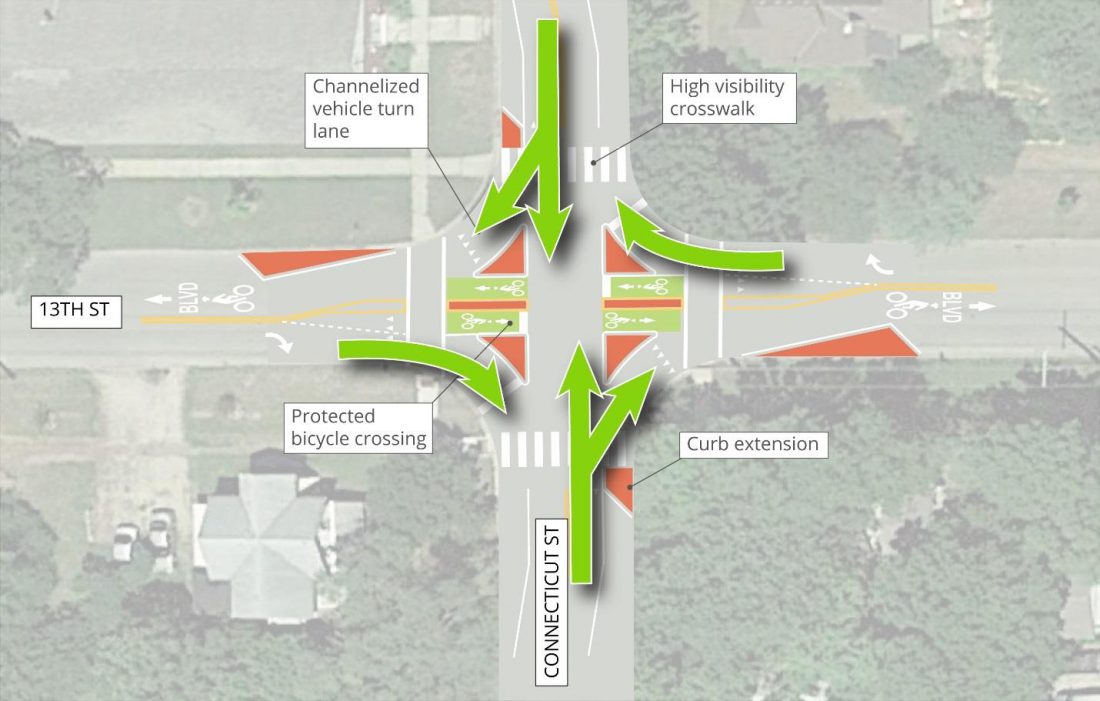 Potential design plans show changes to the intersection of 13th and Connecticut streets as part of the upcoming installation of a bicycle boulevard.

Soden added that she thought the scale of the potential changes wasn’t understood when the commission previously discussed the bike boulevards.

The commission originally approved funding for the bike boulevards in May as part of its budget process. The commission then voted unanimously in October to approve a $119,595 contract with Alta Planning + Design, with CFS Engineers as a subconsultant, for the design of two bike boulevards, one on 13th Street and the other on 21st Street. Last month, the city put up the temporary traffic installations to demonstrate potential designs for the boulevards.

Responding to Soden, Brandon McGuire, assistant to the city manager, said that he understood that the installation for the intersection of 13th and Connecticut streets has been controversial.

“What you are doing essentially is reprioritizing the use of the street (for bicycles), and there’s a lot of motorists and not as many people who walk and ride bikes along that street, so some of the pushback I think was expected,” McGuire said. “That particular one, we saw some behavior that was quite frankly unacceptable.” 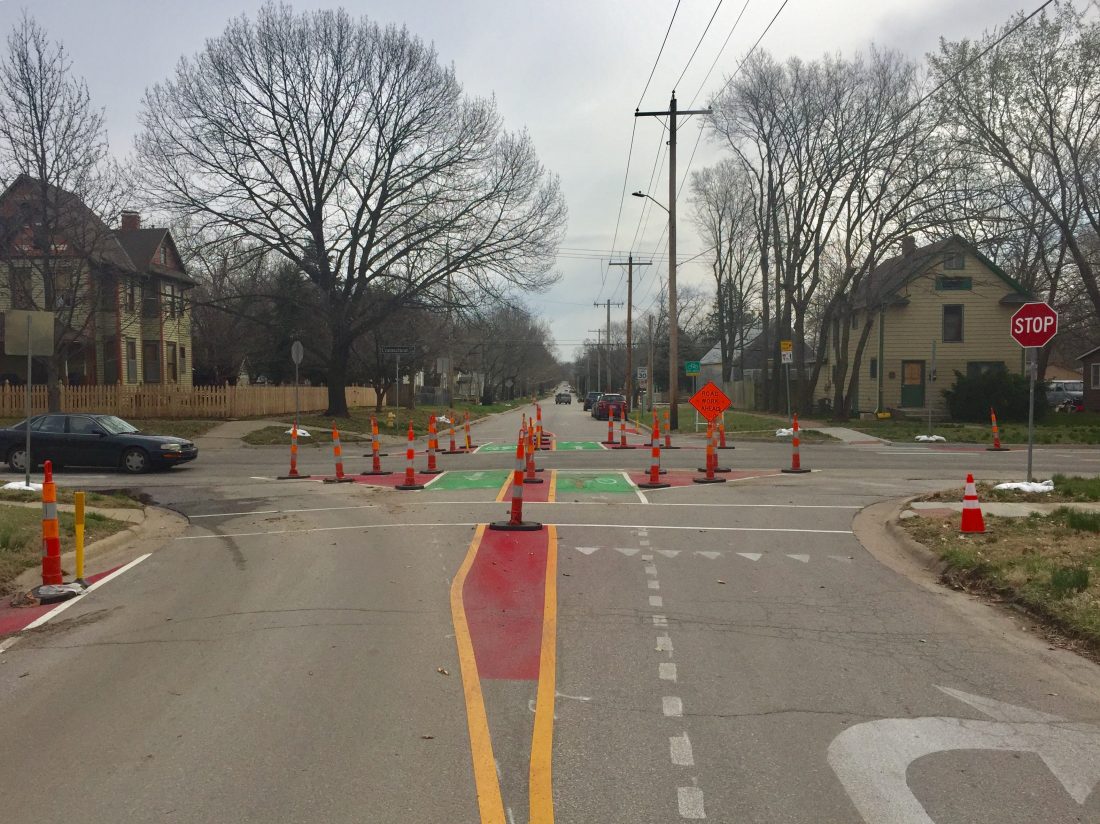 The intersection of 13th and Connecticut streets is pictured April 3, 2019. After traffic diverters were stolen three times, the city replaced them with traffic cones.

The city previously said the temporary installations would allow residents to provide feedback before permanent changes were installed, and the design will come to the transportation and city commissions this spring. A survey regarding the design of each bike boulevard is available on the Lawrence Listens website until Friday.

Sahin said the concept design for the bike boulevards will go to the Transportation Commission for review on May 6, and if approved would then go to the City Commission on May 21.

The locations a bike boulevards, along 13th Street between Massachusetts Street and Haskell Avenue, is pictured in this aerial map created by the City of Lawrence.

The locations a bike boulevards, along 21st Street between Iowa Street and Massachusetts Street, is pictured in this aerial map created by the City of Lawrence.