Discussions to begin regarding funding agreement for fire and medical services 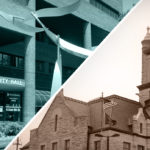 City of Lawrence officials think Douglas County should be paying more toward firefighting and emergency medical services, though officials say they expect the conversation about the funding agreement will be complex.

As part of the Lawrence City Commission’s work session Tuesday, city staff presented information regarding the Lawrence-Douglas County Fire Medical Department funding agreement. Commissioners indicated they were interested in further discussion of the agreement, and City Manager Tom Markus told them that Assistant City Manager Diane Stoddard would be heading up a team of city staff that would begin meeting with county staff.

Markus told the commission that he saw the current agreement as being very generous to the county, but that many factors would need to be discussed with the county to determine a fair distribution of costs. Markus said they would need to consider the cost of providing emergency medical services, the percentage of county property taxes that come from the city, funding elements such as fees for service, and overhead costs incurred by the city.

“All of that has got to be taken into consideration as we evaluate this,” Markus said. “And again, the point, counterpoint that I think is expected to occur in this discussion will lead to — I hope — an understanding about what the number really should be.”

Currently, the city pays about 75 percent of the department’s total budget and the county pays 25 percent, according to a joint resolution between the city and county. Markus noted that under the funding agreement, the city is supposed to be financially responsible for firefighting within the city limits and the county responsible for emergency medical service in the county, including within the city of Lawrence. He said the funding contributed by the county does not cover the cost of providing emergency medical services countywide.

However, in an email to the Journal-World, Douglas County Administrator Craig Weinaug said the agreement was never intended to be based on what each service costs to provide. He said the agreement has been updated several times over the years to reflect changes in the needs of both governments.

No dates have been provided yet for the meetings between city and county staff.