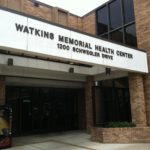 Watkins Memorial Health Center at the University of Kansas is shown in this Journal-World file photo from 2012.

Bianca Labrador, an online student at the University of Kansas who until recently was studying abroad in London, has faced many confusing and frustrating moments in the time since the coronavirus pandemic began sweeping the globe.

It was bad enough, she said, having to wade through confusing White House announcements about what European travel was and wasn’t banned.

But her confusion reached new levels when she returned to the U.S. and began exhibiting symptoms of COVID-19. Labrador said she reached out to KU’s medical officials to notify the university of her symptoms and that she was awaiting test results in Pennsylvania, where she lives and does coursework remotely.

The chief of staff of KU’s Watkins Health Services department advised Labrador to not tell other members of her study abroad group or other recent contacts or her symptoms.

“I would recommend saying nothing to your contacts for now,” Watkins Health Services Chief of Staff Pavika Saripalli told Labrador in a text message viewed by the Journal-World.

That wasn’t what she expected to hear, especially after seeing nearly opposite recommendations from federal agencies. Labrador’s doctors in Allegheny County, Penn., where she traveled to after leaving London, didn’t think much of the advice either.

“They’re behaving like China,” Labrador said her doctor told her.

She proceeded to inform everyone she’d been in close contact with on the study abroad trip that she’d begun to have COVID-19 symptoms.

“It was like we weren’t there,” Labrador said. “It was like they got their money from us and we didn’t matter (after that).”

When contacted by the Journal-World, Saripalli said she couldn’t speak on specifics due to privacy laws, but said the situation appeared to be a misunderstanding. Generally, she said, the local health department — which in this case would be the Allegheny County Health Department in Pennsylvania — is the entity that instructs potential COVID-19 patients whether or not to tell people they’ve been in close contact with that they may have been exposed to the virus.

If a test does come back positive, she said, the health department would then help the patient come up with a list of close contacts and assist in informing them.

Ultimately, Saripalli said, it is up to each individual person to decide whether they want to tell their close contacts. She cautioned, though, that telling contacts of potential exposure before a COVID-19 test comes back conclusively can drive up the demand for tests that health agencies simply don’t have.

“We would never ask people to withhold information,” she said. “I would also add that a large majority of the tests in Kansas have been negative. If all of the potential contacts in those negative cases had found out (they had potentially been exposed), the demand for testing would have been way higher.”

Dr. Stanley Perlman, a microbiologist at the University of Iowa who studies coronaviruses, told the Journal-World that KU’s response to Labrador’s concerns was “the wrong thing to do.”

“That would be bad practice,” Perlman said. “There are two parts to this: containment, which involves letting your contacts know, and mitigation. We want people to be aware of their surroundings, and it is important to share information.”

The only caveat, Perlman said, is that if Labrador was able to get her test results back in 4 hours — like in other parts of the world — there is value in holding off telling close contacts as to not incite fear. Labrador found out shortly after this article was published online — nearly 72 hours after taking the test — that her COVID-19 test came back negative.

“She should know quickly, and we wouldn’t be having this conversation,” he said. “This brings up some really interesting questions, and it’s partly testing’s fault.” 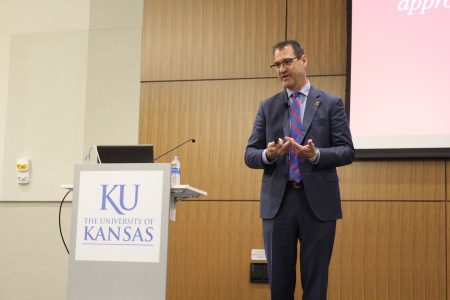 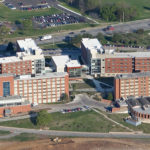 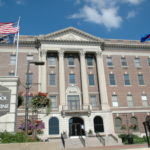