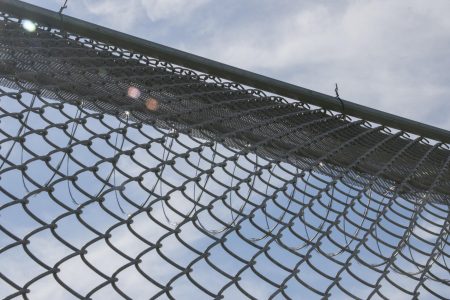 Currently, less than 1% of people in Kansas prisons are eligible for Medicaid. If the proposed expansion plan were to pass, 80% to 90% would be eligible.

TOPEKA, Kansas — The new Medicaid expansion bill, the product of a compromise between Democratic Gov. Laura Kelly and some Republican leaders, would change how state prisons and county jails fund health care for prisoners.

By expanding the types of people who can qualify for the program, the bill would extend Medicaid access to 80% to 90% of state prisoners if it passes, according to the Kansas Department of Corrections.

Kansas is one of only seven U.S. states that kicks people off of Medicaid when they go to prison or jail. The one exception is when an inmate is hospitalized for more than 24 hours. The DOC or county jails can apply for Medicaid funding to cover part of the cost if the inmate is eligible for the government health care plan.

Right now, state prison officials say, less than 1% of Kansas state prisoners — fewer than 100 people — qualify for Medicaid based on the state’s restrictions on age, income, disability status and family status. The department doesn’t collect data on how many people in county jails qualify.

The new bill would allow the DOC to take advantage of Medicaid funding for more inmates. It also increases the share of state Medicaid costs that the federal government would pay.

“It revolves around those current income requirements,” DOC spokeswoman Rebecca Witte said. “They would be eligible.”

She said the department would save $2 million in 2022 if Medicaid expansion is passed.

He said if the bill passes, “that million dollars wouldn’t be coming out of my budget and local taxpayer money.”

Data collected by the Kansas Sheriffs’ Association shows most county jails — excluding Sedgwick, Wyandotte, Johnson and Shawnee counties — spent a total of $6 million in 2018 on outside hospitalizations for inmates.

That year, Shawnee County spent $770,000 on off-site medical treatment for jail inmates, but it didn’t have information on how much of that went to hospitalizations. A spokesman for the county Department of Corrections said the county does not apply for Medicaid coverage for any inmates.

Wyandotte and Johnson counties did not immediately respond to a request for information on how much their jails spent on hospitalizations in 2018.

The Medicaid expansion bill would also require the Department of Corrections to help counties get jail inmates back on Medicaid after their release.

Even people who go to jail for two weeks are kicked off the program and they don’t get back on Medicaid for three or four weeks after release, Easter said. For some people with mental illnesses, it can turn into a cycle.

“For them to get any type of plan or medications, they’ve got to be back on Medicaid,” Easter said. “You see them decline, rearrested, and we (start) the process over again.”

Currently, the Kansas Department of Health and Environment, which runs the state’s Medicaid program, contracts with a company called Appriss to collect a daily list of people entering and leaving county jails. The department checks the list against its Medicaid database and terminates coverage until a person is released.

On the state level, the DOC sends KDHE a monthly list of people in its prisons. The list is checked against the state Medicaid database and KASPER, the database of state prisoners, to determine whose Medicaid will be terminated.

Before people are released, a special unit in the DOC processes applications for people going back on Medicaid. The Medicaid expansion bill would require the DOC to assist county jails with this process.

For county and state governments, the biggest effect of terminating Medicaid coverage for incarcerated people is the time and resources needed to take people on and off, said Maria Schiff, a criminal justice and health care researcher for the nonprofit Pew Charitable Trusts.

“Generating a new application is more work than activating a suspended one,” she said.

But the most dramatic impact, Schiff said, is for the people who lose their coverage. Once they’re released, they can struggle with navigating the health care system, especially if they’ve been incarcerated for many years.

Most states that have expanded Medicaid employ re-entry counselors in prisons and jails who help people reapply for Medicaid before they’re released, Schiff said.

“A person in a state prison doesn’t have the tools and internet connection and information and access to legal forms that individuals on the outside have,” she said.

Proponents of Medicaid expansion have argued the policy will reduce recidivism. But it’s too early for researchers to know, Schiff said. Rhode Island, however, has seen a drop in substance abuse-related fatalities among the recently released.

“It’s not the coverage alone. Because you don’t want these people just showing up in emergency departments,” she said. “You really want them getting attached to a primary care system.”

Nomin Ujiyediin reports on criminal justice and social welfare for KCUR and the Kansas News Service. You can follow her on Twitter @NominUJ.