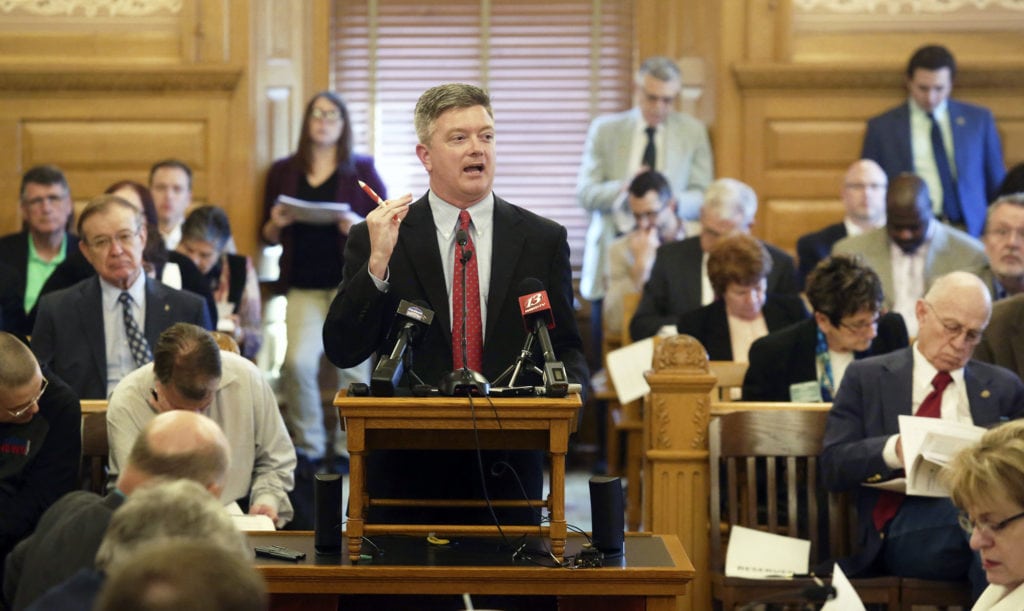 Topeka ? Kansas may need to spend roughly $2 billion a year in additional funding for public schools in order to meet the Kansas Supreme Court’s standard for a constitutional funding system, according to a new study delivered to lawmakers Friday.

The numbers came as a shock to some lawmakers, especially those who were anticipating the consultants who wrote the report were hired specifically for the purpose of coming up with a much lower number.

“I’ll admit, I’m surprised,” House Democratic Leader Jim Ward of Wichita, one of the early skeptics of the study, said after hearing a summary of the report. “But I’m really happy that it really validated what happened in (earlier) studies, which is, money matters. For better outcomes, you’ve got to spend money.” 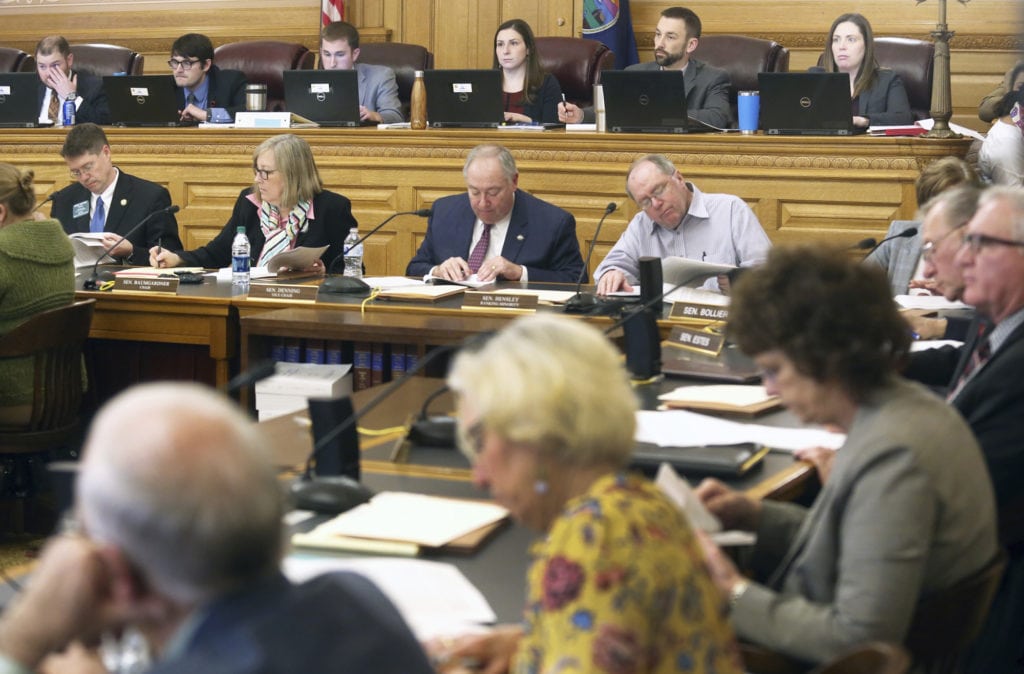 Rep. Jim Karleskint, R-Tonganoxie, also said he was not expecting such a report.

“I still don’t understand it totally after seeing it just briefly, but I think the numbers, those that commissioned the study were surprised with what it says,” he said after the presentation.

Others, however, were less surprised.

“I will tell you that we have known we were underfunding,” said Sen. Barbara Bollier, R-Mission Hills.

But a number of technical errors in the report concerning enrollment counts of each district called some of the report’s findings into question, and those maters won’t be cleared up until the authors of the report appear Monday before lawmakers with a corrected version of the report.

House and Senate education budget committees got their first look at the report Friday afternoon during a joint hearing where attorneys for the two chambers laid out the report’s findings.

The study, by Texas A&M University researcher Lori Taylor and consultants from the California-based firm WestEd, offered two scenarios for meeting the court’s demand that the state needs to provide enough funding to ensure all students are able to achieve a basic set of educational outcomes by the time they graduate. 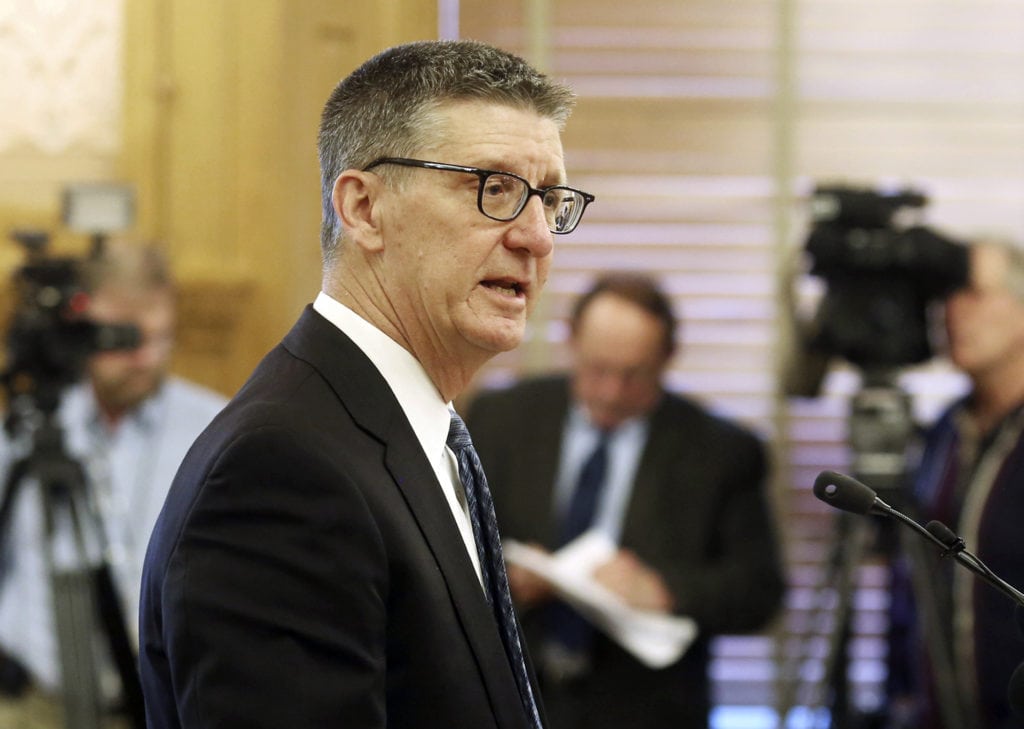 In reaching their conclusions, the researchers derived a new way of calculating the “base” cost per-pupil of providing that education and a new set of “weighting” factors that take into account the physical and demographic differences of each district, plus the estimated “compensatory” costs of bringing each district’s underperforming students up to grade level.

The researchers then laid out the two scenarios for meeting that standard, based on how the Kansas State Department of Education groups scores on state reading and math tests into performance levels.

Both call for attaining a 95 percent gradation rate within five years, up from the current 87 percent.

The first scenario calls for having 90 percent of all students perform at “Level 2” or better, which indicates that they are performing at grade level but not yet on track to be ready for college by the time they graduate.

That cost was estimated at nearly $1.8 billion in additional funding per year.

The second scenario calls for having at least 60 percent of all students score at “Level 3” or better on those tests, indicating they are close to being on track for college readiness.

The cost of that was estimated at just under $2.1 billion in additional funding each year.

When the Kansas Supreme Court ruled Oct. 2 that current funding levels were inadequate and unconstitutional, it did so on the basis of previous cost estimates performed in the early 2000s; those figures were adjusted for inflation. Those indicated the state needed to add about $600 million a year in new funding.

That was the amount of additional funding former Gov. Sam Brownback proposed to be phased in over five years when he presented his budget plan to the Legislature in January.

But the court also said the Legislature was free to commission a new study if it no longer wanted to accept the findings of those previous studies.

Now that lawmakers have that new study, showing the estimated cost at roughly triple what the other studies had indicated, some are now saying the state is legally locked in to a significant increase in K-12 education spending.

“It really reaffirms what the court was saying over the last couple of decisions,” Ward said. “We are not adequately funding schools, and the outcomes are proving that. And I think that’s what it does. It makes it very hard to stand up in court and say less money is needed.”

Others, however, including Sen. Molly Baumgardner, R-Louisburg, who chairs the Senate Select Committee on Education Finance, said there were serious errors in the report concerning enrollment, both statewide and at the individual district level, that may call the entire report into question.

“She (Taylor) is using a different number as far as what we have for student enrollment,” Baumgardner said after the hearing. “What we need to do is see if that was accurately applied to those different options.”

Elsewhere in the report, there is a spreadsheet showing each district, in alphabetical order, and how their budgets would be calculated under the consultant’s formula. But the districts do not line up with the student enrollments assigned to them.

One extreme example is in Olathe, one of the largest districts in the state, with an enrollment of about 29,000 students.

But the report lists Olathe as having only 302 students while the tiny district of Oberlin, which comes immediately before Olathe alphabetically, is shown as having 29,029 students.

Taylor and other members of the consulting team are expected to appear before another joint committee hearing on Monday, with a corrected copy of the report.