Lawrence City Commission approves police board, but concerns linger regarding access to police files and recordings 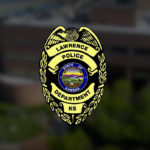 City leaders have voted to create a new community police review board, but discussion regarding limits on the board’s access to police files and recordings may not be over.

At its meeting Tuesday, the Lawrence City Commission voted 4-1, with Commissioner Matthew Herbert in opposition, to create the new board. The vote came after the commission reviewed changes made by city attorneys to the ordinance establishing the new board. Commissioners previously delayed approving the ordinance because of concerns that it would have allowed the city to deny or limit the board’s access to the police investigation files and recordings.

Assistant City Attorney Maria Garcia told the commission that maintaining the city’s ability to make redactions to investigative files and potentially withhold recordings was important in order to protect the city from liability. Garcia emphasized the importance of provisions that allow the city to decide on redactions on a case-by-case basis and that provide examples of information that could potentially be redacted — such as criminal history, medical records and information pertaining to victims of domestic violence or sex crimes — but that do not limit the city to the list.

“We’ve met several times within the city attorney’s office to try to craft language that achieves the goals of the City Commission in releasing information, and our obligation as attorneys for the city, which is to minimize the risk of liability and to minimize the chance that the city is going to get sued,” Garcia said. “We thought that we have to leave this language broad. If you would want, very specifically, to take out those catch-all phrases, that would be against our legal advice.”

Vice Mayor Lisa Larsen said city staff has done a good job of trying to include examples of acceptable redactions, but that she is still concerned about the ordinance and thinks it needs to be more definitive regarding the board’s access to files and recordings. Specifically, Larsen said she had concerns about some of the language, such as the provision that the city is not limited by the list provided and that it could redact material that would subject the city to civil or criminal liability. Still, she said she wanted to go ahead and establish the board, and then come back in six months or a year and work with the board to improve the ordinance.

“It doesn’t seem to offer as much teeth as I would hope, and that concerns me, but at the same time we’ve been dealing with this for some time,” Larsen said.

Commissioner Jennifer Ananda also agreed that the commission should come back to further discuss the ordinance in six months or a year. Ananda added that redactions can be abused and she would like to consider whether there should be a policy written for how redactions would work and how the city manager will review the board’s recommendations regarding bias complaints.

Mayor Stuart Boley and Commissioner Leslie Soden both agreed that the city should go ahead and adopt the ordinance. But Herbert did not think the city was ready to go forward. In addition to the concerns raised by Larsen and Ananda, Herbert questioned how the confidentiality agreement that board members are required to sign squared with the ability for bias complaints to be forwarded to state agencies for investigation. Herbert said he did not think the commission, as the governing body, should be passing those decisions along to the board to figure out.

The board will have the ability to accept misconduct and bias complaints against the police from the public, which are forwarded to the police department for investigation. The police department’s Office of Professional Accountability conducts the investigations. The board’s review of appealed bias complaints would be done in closed session, after which the board would send its determination to the city manager for review.

• Voted unanimously to adopt an ordinance to regulate massage and other bodywork businesses in Lawrence. The ordinance requires a criminal background check and certain education and examination requirements in order for massage professionals to obtain a license from the city. Kansas is one of three states that do not license massage businesses, and the ordinance is part of an effort to deter human trafficking and other illegal activity from using the massage industry as a front.

• Voted to accept a location study regarding a transfer hub for the city’s bus service, but directed city staff to get more details from the University of Kansas regarding its preferences and bring the study back to the commission for further discussion.