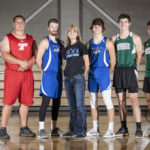 The 2018 season didn’t go as smoothly for Johnson who went through a rehab after sustaining injuries during the football season. Still, Johnson repeated as a state champion in the 4A boys discus competition with a throw of 192-11. The Arkansas State commit helped the Chieftains finish 16th in the boys standings.

On the boys side, Perry-Lecompton claimed the highest team finish among area teams. The Kaws notched sixth in Class 3A, which was an improvement of 11 spots from last year’s finish. Perry-Lecompton also won the Big Seven League and took first in the regional meet under Packard.

Jon Bock, Eudora — At the state meet, Bock finished fifth in the high jump competition to lead the Cardinals. Bock is a school-record holder in the event, clearing a jump of 6-foot-4. Bock also took fifth at the KU Relays in the javelin competition with a throw of 177-1.

Luke Campbell, Veritas –It was another strong showing by Campbell, who was a four-year letter winner for the Veritas track team. Campbell placed third in the long jump competition at the KCAA State track meet, while also notching second at the Christian Home School National Track and Field Championships.

Harrison King, Lawrence — The Lawrence High senior finished fourth at the state track meet in the javelin competition, recording a toss of 187-00. King plans to throw the javelin at Baker University next spring.

Hunter Krom, Lawrence — For the second straight year, Krom finished as a runner-up in the 6A javelin competition behind Manhattan’s Sam Hankins. Krom, a Baker signee, launched the javelin 204-04 to notch the silver medal.

Bo Miller, Free State — At the state meet, Miller set a new school record with a toss of 198-10 to take third in the 6A javelin contest. Miller will throw the javelin for the Belmont track team at the collegiate level.

Michael Pettit, Free State — Pettit was one of two athletes on the Free State boys track team to claim a medal at the state meet. Pettit recorded a leap of 6-02 to place fifth in the 6A boys high jump competition. The sophomore won the event at the regional meet.

Shane Quinlan, Perry-Lecompton — The junior sprinter capped his campaign with three silver medals at the state meet. Quinlan finished second in the 200-meter run, the 400-meter run and the 4×400-meter relay. Meanwhile, he finished first in all three races as well as the 4×100-meter relay in the Big Seven League meet.

Cole Sample, Tonganoxie — Sample netted a silver medal at the state meet to put a bow on his sophomore season. Sample placed second in the shot put competition, recording a toss of 53-11.5 for the Chieftains. 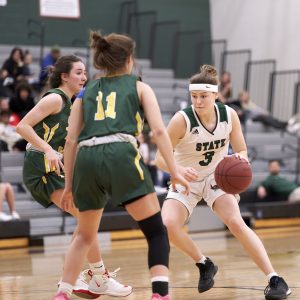 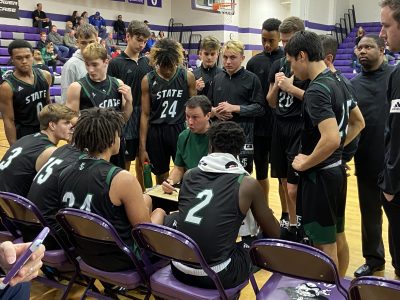