The Shelter Inc. rebrands as The Children’s Shelter, settles into new home 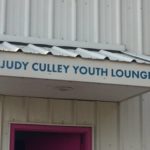 The Judy Culley Youth Lounge, pictured here, is one of the new features at The Children Shelter's new location, at 1925 Delaware St. The Children's Shelter, formerly known as The Shelter Inc., moved offices earlier this summer from its previous location near 11th and Massachusetts streets.

One of Lawrence’s longtime nonprofits has a new name — and a new home. The Shelter Inc., henceforth known as The Children’s Shelter, officially opened its brand-new offices Tuesday in eastern Lawrence.

Gina Meier Hummel, executive director of The Children’s Shelter, said the rebranding was meant to “emphasize” the nonprofit’s focus on children and families.

“Of course we’ve been around doing the same work since 1981, but there are other places who do sheltering kind of work, so we wanted to distinguish ourselves from those agencies in town,” Meier Hummel said.

Over the years, she said, there’s been some confusion between The Shelter Inc., which primarily serves Douglas County children who have been placed in state custody, and the Lawrence Community Shelter, which operates as an emergency homeless shelter.

It’s also not an animal shelter, Meier Hummel points out — and yes, it has been mistaken for one before, she said.

The Children’s Shelter offers services and support for local kids and families, including juvenile intake and assessment programming for the county, truancy prevention and specialized case management. The nonprofit also provides emergency and temporary housing for children in state custody.

Meier Hummel said the Shelter’s new offices, at 1925 Delaware St., won’t host any overnight stays, however. Instead, like the old offices downtown, the new location will house The Children’s Shelter staff while also functioning as a meeting space for families between appointments.

The landlord at the shelter’s previous offices, above the former Englewood Florist shop at the intersection of 11th and Massachusetts streets, had a new concept in mind for the space, Meier Hummel said, and “our rent was going to rise.”

“It’s really been a blessing in disguise because it’s enabled us to find a new location that’s more family-friendly,” she said, referring to the old space’s “choppy” layout (the offices used to be apartments) and upstairs entryway.

“This is much more conducive to having meetings with families, meetings with kids, giving them a safe space to hang out,” she said.