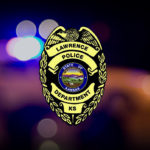 When asked who was involved, what was stolen and whether any injuries were reported, Rhoads said she did not have any additional information to provide.

“The incident is currently active and being investigated,” she said.

As of Wednesday afternoon no arrests listed in the Douglas County Jail’s online booking logs match the reported armed robbery.

Additional information was not immediately available.