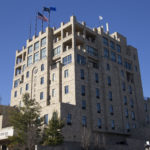 The city’s contentious civil lawsuit against The Oread hotel has officially come to a close.

After attorneys representing the city and the hotel filed the final documents Tuesday, the federal judge dismissed the case. The dismissal comes on the heels of a settlement that took back millions from the hotel’s incentives agreement and forced the hotel’s developer to resign his management position.

The lawsuit accused hotel developer Thomas Fritzel of fraud and racketeering. The settlement provides $650,000 in damages to the city and includes an amendment to the hotel’s incentives agreement that will cut approximately $3 million from its value. One of the settlement’s various stipulations is that Fritzel resign his management position for the remainder of the hotel’s incentives agreement.

In November, the city filed the civil lawsuit alleging that Fritzel had engaged in a fraudulent scheme to generate undue tax rebates from the city. The lawsuit alleges that Fritzel used other companies he controlled to improperly attribute retail sales at the hotel to collect inflated tax rebates. A city-commissioned audit report indicates that hundreds of personal purchases and construction materials for unrelated projects were all improperly reported as retail sales that occurred at the hotel.

For the remainder of the incentives agreement, Oread Inn and the city manager must mutually agree on two people to manage the hotel. The city also has the right to annually audit — at the cost of the developer — all sales tax records of all commercial entities in the hotel’s taxing district.