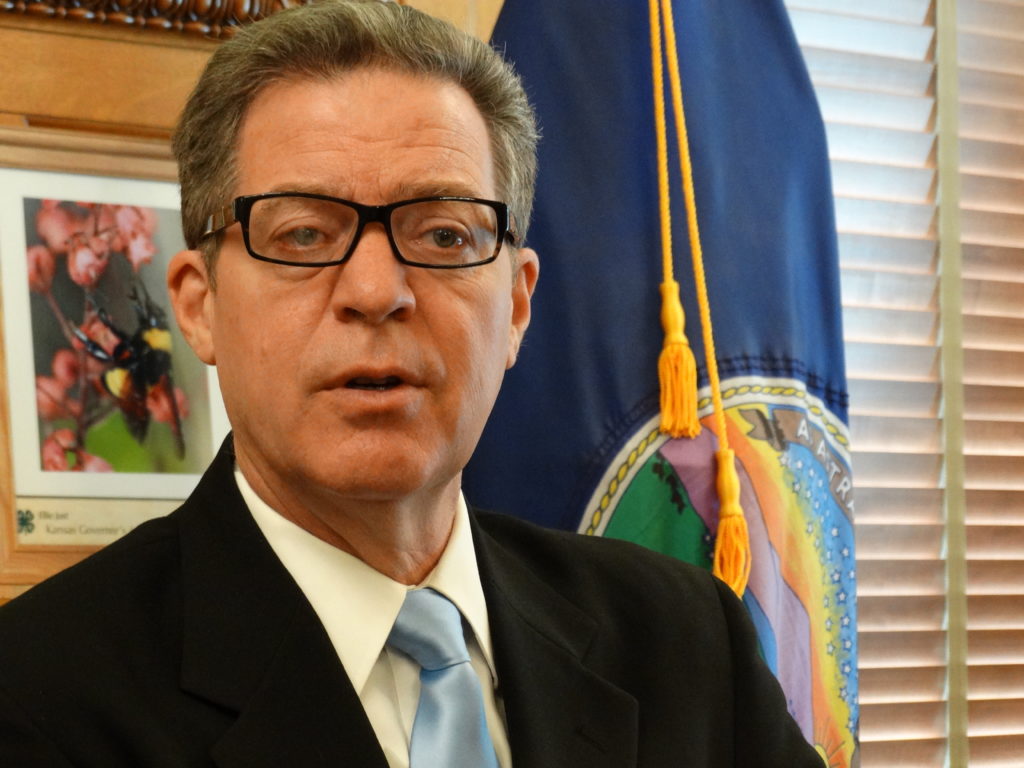 Topeka — The Kansas Legislature on Tuesday overrode Gov. Sam Brownback’s veto of a tax bill that reverses course on the signature tax cuts that he championed in 2012, dealing a significant blow to his legacy as governor, but paving the way for lawmakers to end a near-record long session.

Brownback vetoed the bill Tuesday afternoon, less than 24 hours after it had cleared the Senate.

“I appreciate the efforts of members during this intense lawmaking process,” Brownback said in a statement that his communications office posted on social media. “We have worked hard in Kansas to move our tax policy toward a pro-growth orientation. Unfortunately, Senate Bill 30 takes us backward in that effort. We can and we must balance our budget without negatively harming Kansas families.” 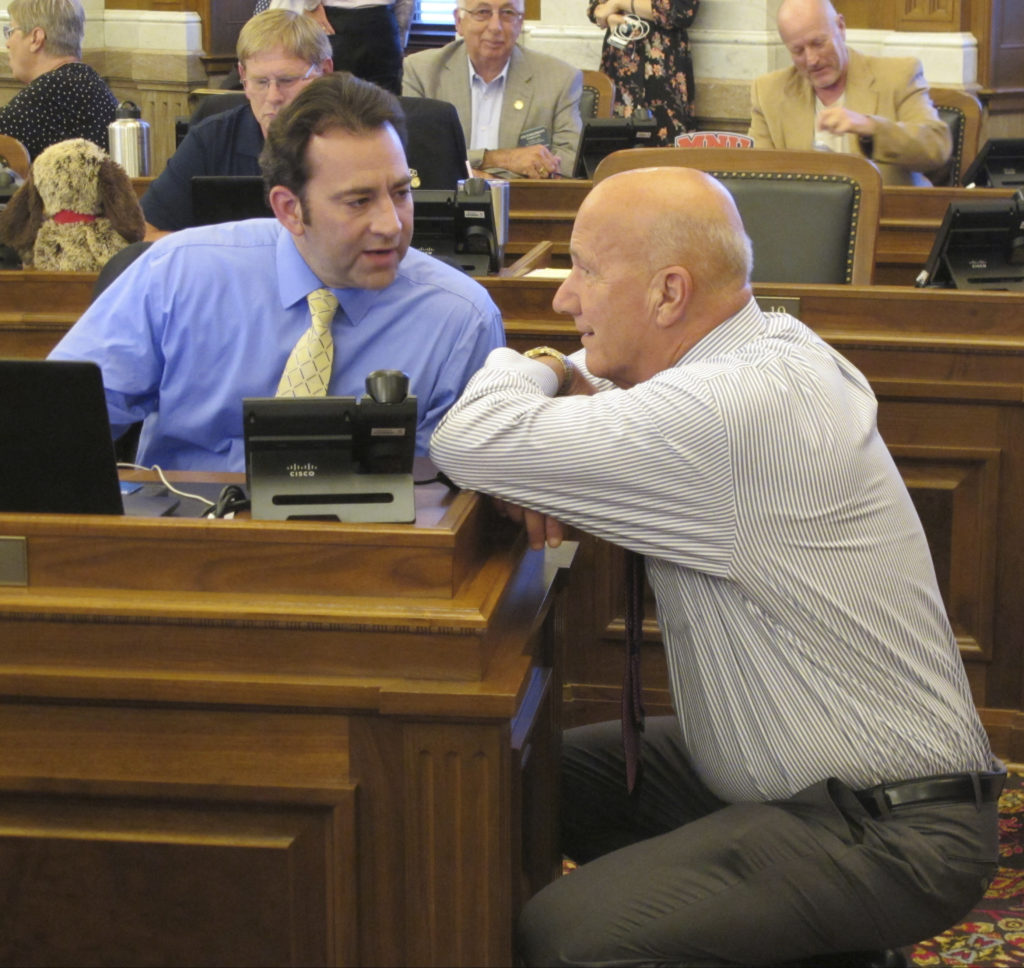 The bill, which budget officials estimate will bring in more than $1.2 billion over the next two years, will enable the state to pay for the school finance overhaul that lawmakers also passed on Monday and avert the need for major spending cuts in other areas of government such as higher education, Medicaid and other social services.

To do that, however, the bill repeals many of the key parts of Brownback’s tax plan, which drew national attention when it was passed in 2012.

Brownback had promised that the tax cuts would be “like a shot of adrenaline into the heart of the Kansas economy.” But since they were enacted, job growth and economic expansion in Kansas has lagged behind the rest of the nation.

Meanwhile, the state has been in a near-constant state of revenue shortfalls that have forced cutbacks in higher education funding, Medicaid and state highway spending, while also resulting in two downgrades of the state’s credit rating. 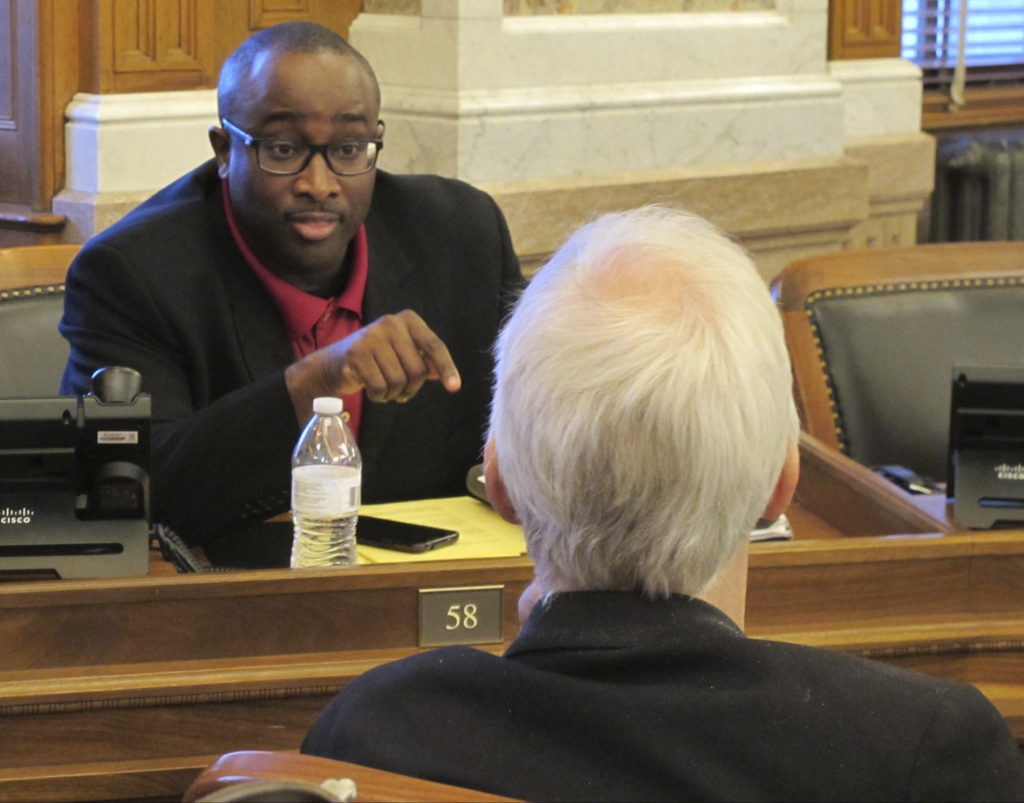 Conservatives in both chambers argued that the budget shortfalls could have been addressed by cutting state spending.

“We’re adding hundreds of millions … of brand new spending in a deficit situation,” said Sen. Ty Masterson, R-Andover. “Unnecessarily and artificially expanding the deficit so somehow the people of this state will think we’re doing the right thing by imposing $1 billion worth of taxes on them. It’s been shown that does not have to be the case.”

Masterson is one of the leaders of a group of conservatives who call themselves the Truth Caucus. They proposed a budget that they said could have been balanced by eliminating all new spending and selling off the state’s interest in future tobacco settlement payments.

But supporters of the bill said they heard loudly from voters in the 2016 elections that they wanted to reverse Brownback’s tax policies, restore the state’s financial condition and invest more in public education.

Senate Majority Leader Jim Denning, R-Overland Park, said he was among those who voted for the tax cuts in 2012, believing they would boost the economy. But he conceded that didn’t happen, and it was now time to reverse course.

“This starts us on the road to recovery,” Rep. Larry Hibbard, R-Toronto, said during debate in the House.

It was the first time in Brownback’s seven years as governor that one of his vetoes was overridden. He vetoed two other significant bills this year alone — an earlier version of a tax bill and a Medicaid expansion bill — and lawmakers were unsuccessful in overriding either of them.