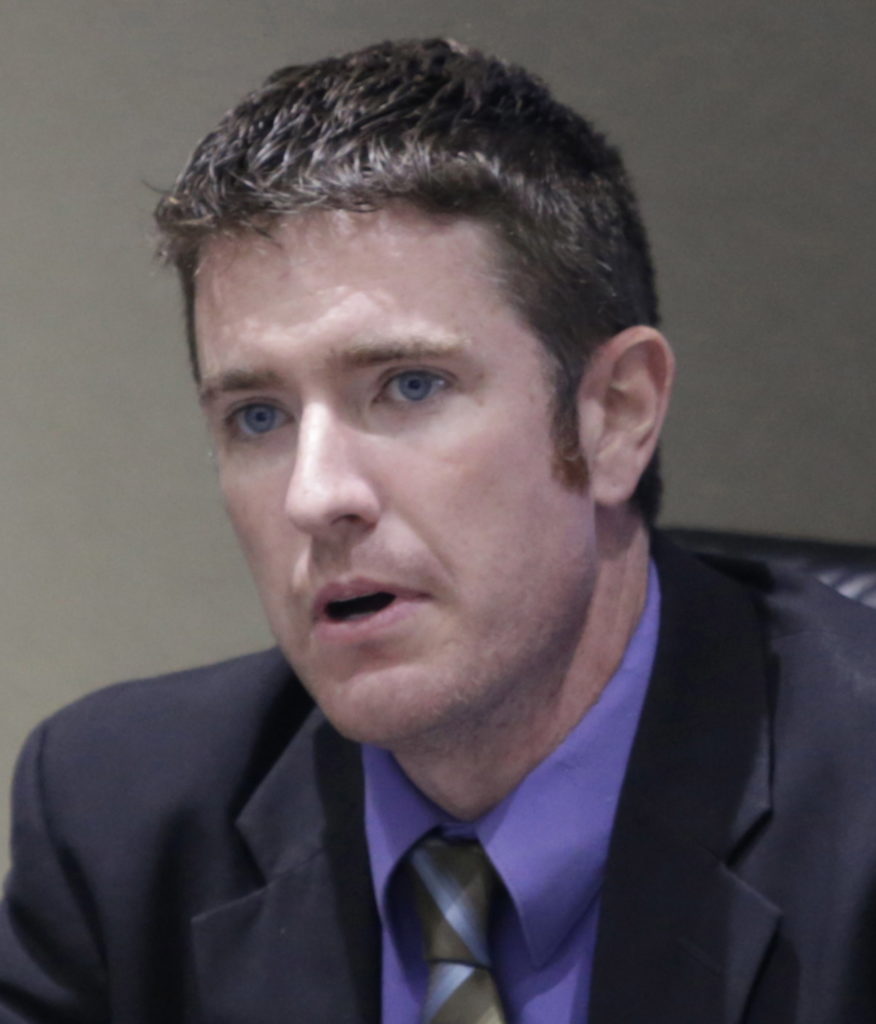 Candidate and incumbent Lawrence City Commissioner Matthew Herbert is no stranger to voting against the grain, but he hopes people have noticed more than that.

“I’ve been part of more 4-1 votes than I can even count,” Herbert said. “But my whole goal and what I hope people notice about me is though you may not agree with me, I make a real concerted effort to have all of my votes be reasoned and justified.” 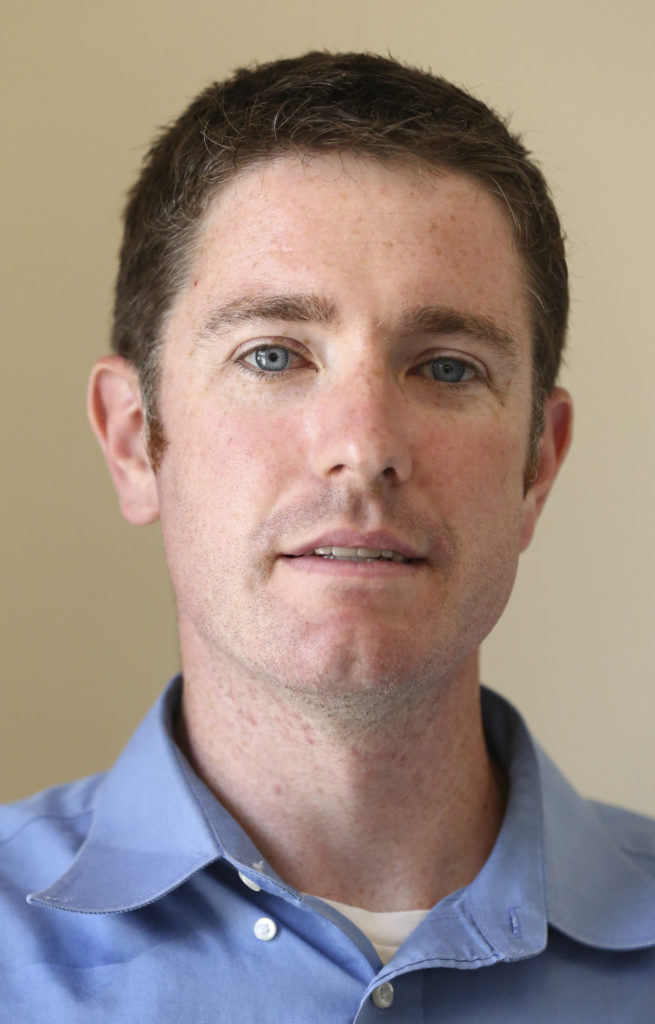 Herbert, 34, owns a property management company and teaches government and comparative politics at Lawrence High School. He holds bachelor’s degrees in education and history and a master’s degree in curriculum and instruction from the University of Kansas.

Herbert, who grew up in Lawrence, joined the commission in 2015 along with fellow newcomers Leslie Soden and Stuart Boley. That election followed controversial decisions on Rock Chalk Park and the HERE apartment complex. Not long after beginning their terms, former mayor Jeremy Farmer resigned his job at a local food pantry and his seat on the commission amid allegations of theft.

Herbert said during the first year of his term, they spent a lot of time dealing with past issues, including HERE’s parking shortage and Farmer’s resignation. He said he wants to continue on the commission to finish what he started.

“For me it was a desire to actually see through what I set out to do two years ago,” Herbert said. “I’m optimistic. We’re beginning to see a lot of things take shape that I believe in.”

Herbert said he thinks the biggest thing he’s learned so far is the value of compromise.

“When you first get started there’s this big fire in your belly and you’re sure that you’re going to drive the bus and everybody is going to fellow,” Herbert said. “And then you soon discover that every Tuesday night you sit on a panel with four other people and you unilaterally can’t do anything.”

If re-elected, Herbert said his main issue is asset management. The city has dozens of facilities and services to maintain — including more than 40 buildings across the city — and Herbert said he thinks the commission needs to look to alternative forms of revenue.

“Even in issues that are controversial, we ultimately have proceeded with a lot of building,” Herbert said. “The one area in which I see a deficiency on our part is in actually managing these assets.”

He said a current example is the Dwayne Peaslee Technical Training Center. The center opened two years ago with support from the city and Douglas County, but it is having to delay a $1.57 million balloon payment on its mortgage after it could not afford to pay it.

Herbert said he thinks Peaslee Tech serves a great purpose but needs to be more financially sustainable. He said he thinks other funding should be pursued, such as corporate partnerships or program sponsorships from the various industries for which Peaslee Tech provides training.

Another issue Herbert would like to focus on is infrastructure. He said infrastructure improvements should be equitably paid for and distributed, including in older parts of the city.

“(Making sure) that we’re not spending all of our money building new roads if we are not spending money maintaining the ones we have,” Herbert said. “There’s a good balance there.”

Herbert said that also means reconsidering the city’s use of benefit districts — such as the one proposed to pay for improvements to Queens Road — and its ordinance that requires property owners to pay for repairs to sidewalks adjacent to their property.

“Asking individuals to pay for something that benefits the entire population, to me, is not the way our system was set up,” Herbert said. “Our system was set up and designed to be equitable so that we all bear a burden and therefore we all pay a smaller amount.”

A third issue concerning Herbert is making sure the commission, in addition to efforts to attract businesses, keeps in mind that there are artists and people working in creative fields that can work from any city.

“The challenge to a city commissioner is how do you design a city so that someone who could live anywhere chooses to live here?” Herbert said.

Herbert said attracting those residents is especially important given the city budget’s reliance on sales tax revenue. He said elements that make Lawrence a desirable place to live include completion of the Lawrence Loop, strong Parks and Recreation programs, and well-maintained parks and infrastructure.

The primary election on Aug. 1 will narrow the field to six candidates. The general election will be Nov. 7.

Education: Bachelor’s degrees in education and history and a master’s degree in curriculum and instruction