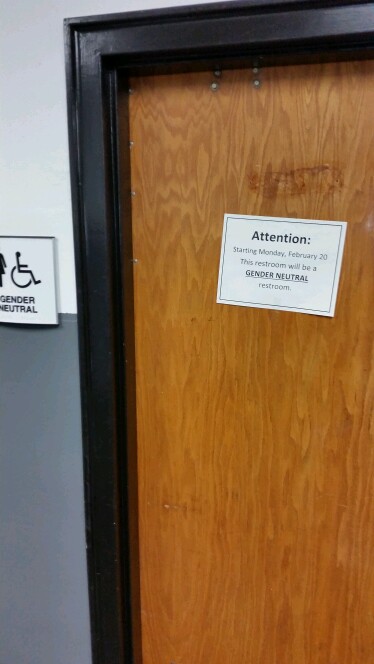 “Lawrence Public Schools are committed to ensuring safe and supportive learning environments for all students,” Superintendent Kyle Hayden said in an email statement.

“The district does not discriminate in its educational practices and policies,” he continued, and that won’t change in light of Wednesday’s rescinding of federal guidance that protected the rights of transgender students to use restrooms and locker rooms that match their gender identity.

The Obama administration issued the guidelines last year, citing a federal law that shields students from gender discrimination. Their eventual withdrawal by the U.S. departments of Education and Justice, claiming such policies were better left to states and local school districts, has led some civil rights groups to express concern that the rollback could lead to bullying and violence against transgender students.

Wednesday’s news arrived just days after the debut of a multi-stall gender-neutral restroom at Lawrence High School, an addition that had been under discussion since last fall, Hayden said. Students and staff, as part of a task force designed to address issues facing LGBT youth, also voiced safety concerns during a meeting with administrators last September. 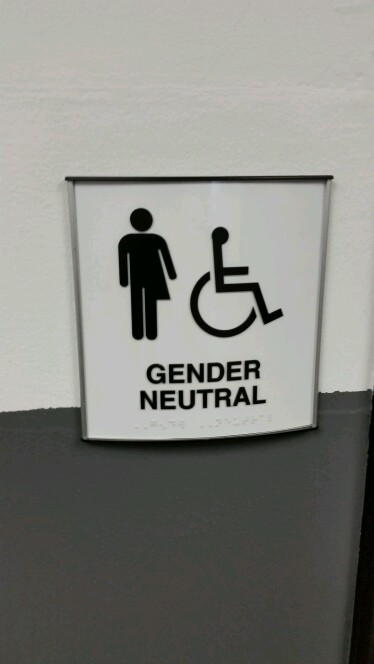 Lawrence High School, like all other schools in the district, already has gender-neutral, single-occupant restrooms on campus for students — transgender, nongender-conforming and anyone else — who might feel uncomfortable choosing between the men’s or women’s facilities. The problem with a single-occupant restroom, however, is that “it treats them as ‘the other,'” Lindsay Buck, an LHS teacher who sponsors the school’s Total Equality Alliance, told the Journal-World earlier this week.

“Having this one all-gender bathroom is a step in the right direction, because at least they know if they walk over there, there are multiple stalls,” Buck said of her LGBT students. “It’s about accessibility, it’s about people’s treatment and access, it’s about student safety and student health.”

Buck, now in her fifth year sponsoring the Total Equality Alliance at LHS, said she has heard reports about transgender students at her own school skipping meals and water at school just to avoid using the restroom. At the very least, they’re uncomfortable. At most, they’re afraid, she said, of being targeted for their gender identity.

“Some fear for their safety, and as a school, we have a responsibility to make sure that kids are safe,” Buck said.

And the Lawrence school district is sticking to that responsibility, it appears.

“Discrimination against any individual on the basis of race, color, religion, sex, age, national origin, disability, sexual orientation or gender identity is prohibited by Lawrence Board of Education Policy,” Hayden told the Journal-World in the statement.