If you still have some leftover adrenaline that hasn’t quite made it through your veins since the NCAA basketball tournament or possibly the presidential election, an upcoming collaborative show by local artist John Sebelius and Louisiana artist Chris King won’t do anything to relax you.

The 20-plus piece show called “Superfans” features multiple “screamer” paintings, as Sebelius refers to them, of figures with angst-ridden and painted faces.

“‘Superfans’ is really kind of taking on both of the worlds of politics and sports, both from the vantage point of the fan,” Sebelius said. “So, whether it is March Madness or the presidential election, that idea of you as the fan and the need to win is absolute. So, a range of emotions from happiness, to fear, to trepidation to great, great anger is all explored in this work. It’s very aggressive and colorful.” 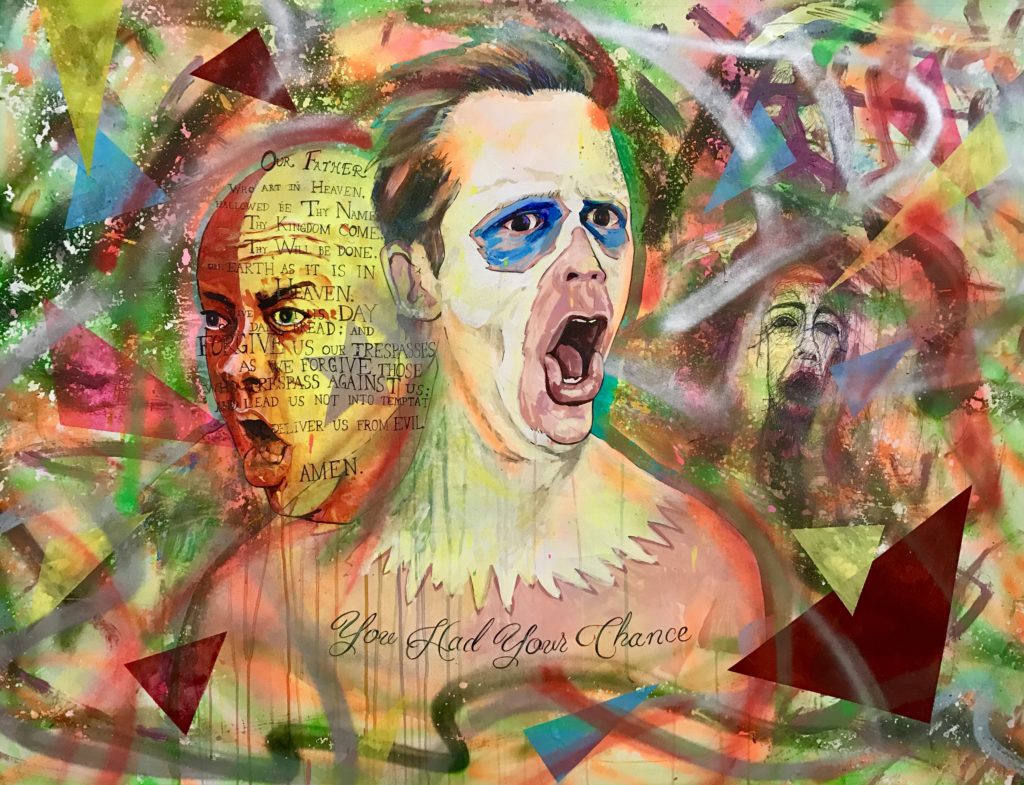 In addition to the screamer paintings, Sebelius and King have also created shot-glass paintings. In one called “Squad,” familiar faces from the Kansas basketball team, including Frank Mason III, Devonté Graham, Josh Jackson and Landen Lucas, float around the exterior of the centerpiece image of a shot glass with a Kansas cowboy scene.

“We wanted imagery connected to the people and the location. Having it rooted in the Midwest and having it have a connection to Kansas and especially Lawrence I think was important to the both of us,” Sebelius said.

The show will open on April 28 for Final Fridays at the Cider Gallery from 5 to 9 p.m.