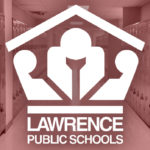 A Lawrence school district program to help more kids take and pass advanced placement classes has expanded nearly tenfold since it began about four years ago.

Leaders of the program, called AVID, said it is aimed at students “in the academic middle” who might not otherwise take an AP class.

“A lot of times they are kids who aren’t typically the ones who a teacher would go to and say, ‘You should really be in this AP class,’ or they aren’t students who would say, ‘I think I should go take that AP class,'” said Leah Wisdom, the district coordinator of student support services and AVID (Advancement Via Individual Determination).

Since it began in the fall of 2012, enrollment in the district’s AVID elective class has approximately doubled with each school year, growing from about 30 students to more than 250, according to a recent district report. The AVID program aims to better represent the district’s population by matching enrollment in the program to each school’s demographics, and in that way, it does ensure some diversification of AP enrollment, Wisdom said.

“We like the AVID elective classes to be representative of the student population,” she said. “Typically, whatever percentage of students you have that represent various racial or ethnic groups, you want to have at least that same percentage in your AVID elective class, so you’re not focusing on one over the other.”

Districtwide, 69 percent of students are white and 40 percent are economically disadvantaged, according to the Kansas State Department of Education. KSDE does not currently track the demographics of AP enrollment.

The AVID program operates schoolwide, but it also has an elective class that provides tutoring and academic support for students who want to pursue AP classes and college. Wisdom said that the program teaches practical skills such as organization, effective note-taking and study skills, but that more importantly it teaches inquiry skills that help students formulate questions to aid their learning and understanding.

The profile for applicants to the elective program includes B, C and even D students; average to high reading and math test scores; and students capable of completing rigorous curriculum but who may be falling short of their ?potential. The application process also requires teacher recommendations, a student essay and an interview.

“AVID is really about taking students that fall into that academic middle and supporting them in accessing the most rigorous content that they’re comfortable with and then preparing them for that college experience that they might otherwise not feel as prepared for,” Wisdom said.

Priority is given to students who come from low socioeconomic status, would be first-generation college students or are of a race that’s underrepresented in higher education. Wisdom said that so far the program has been able to accommodate the eligible students who apply, and those priorities would only be a factor in a decision if there were more applicants than openings in the program.

“We want to give priority in that case to students who we know, statistically, don’t get through the whole four years or don’t ever make it to college,” Wisdom said.

Deadlines for applications vary by school, but many are this month. The application is available on the district’s website.