Lawrence High grad being sworn in as U.S. ambassador to Slovakia 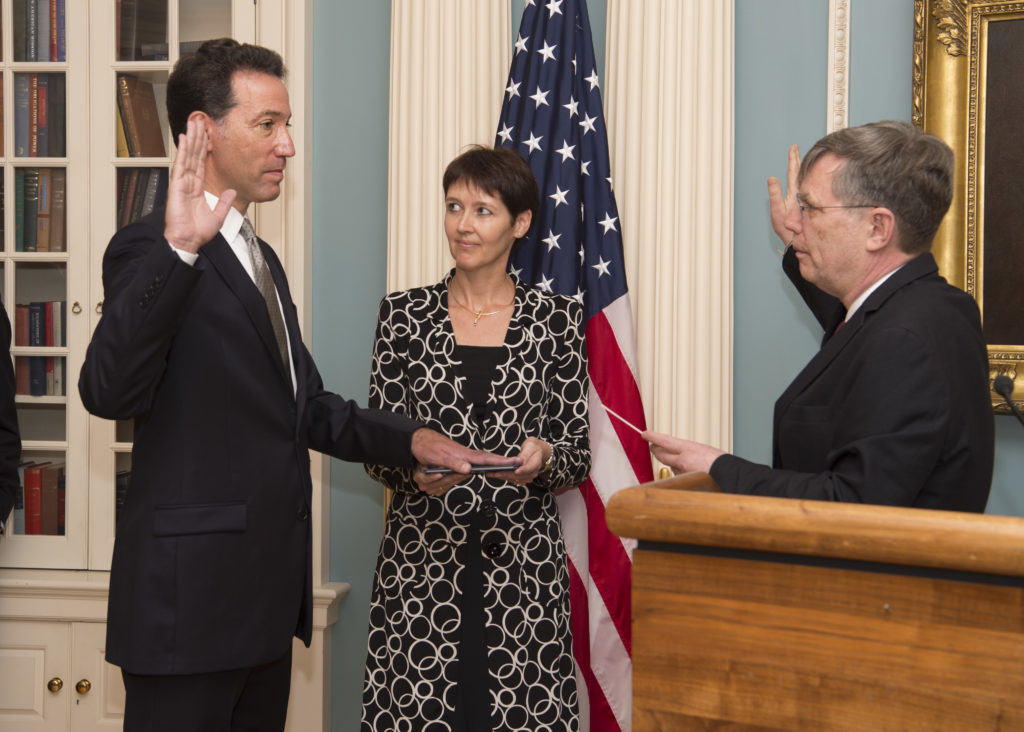 1977 Lawrence High School graduate Adam Sterling, left, is sworn in by Under Secretary for Management Patrick Kennedy as the U.S. ambassador to Slovakia Friday, Aug. 12, 2016, at the U.S. State Department in Washington, D.C. Sterling's wife, Veerle Coignez, is at center.

When Adam Sterling is sworn in today as a U.S. ambassador — the coveted pinnacle of a career in the Foreign Service — he’ll likely give some thought to how it all began: in Kansas, in the 1970s, when he was a teenager itching to see the world.

“Nobody in my family had ever left the United States,” he said earlier this week in a phone interview from Washington, D.C.

So not long after graduating from Lawrence High School in 1977, he found himself spending a magical college year in Paris, living in the first of many world capitals, mastering the first of five languages and generally catching “the bug for life overseas.”

Forty years later he is set to present his credentials to President Andrej Kiska as the U.S. ambassador to Slovakia in an ornate ceremony in Bratislava, Sterling’s new home on the Danube River, in the heart of Central Europe.

Before this, home was in the Netherlands, in Azerbaijan, in Israel, in Kazakhstan, in Belgium, in Peru, in Guinea — and lots of other places, “too many to count,” that a 26-year career in the Foreign Service and four decades as an incurable traveler have taken him. 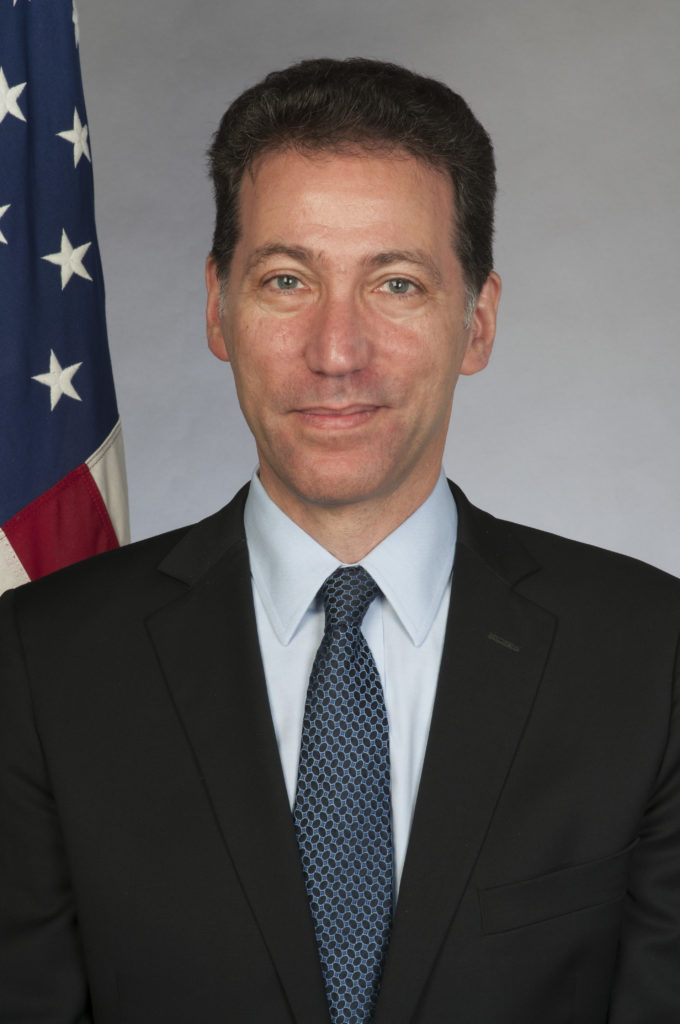 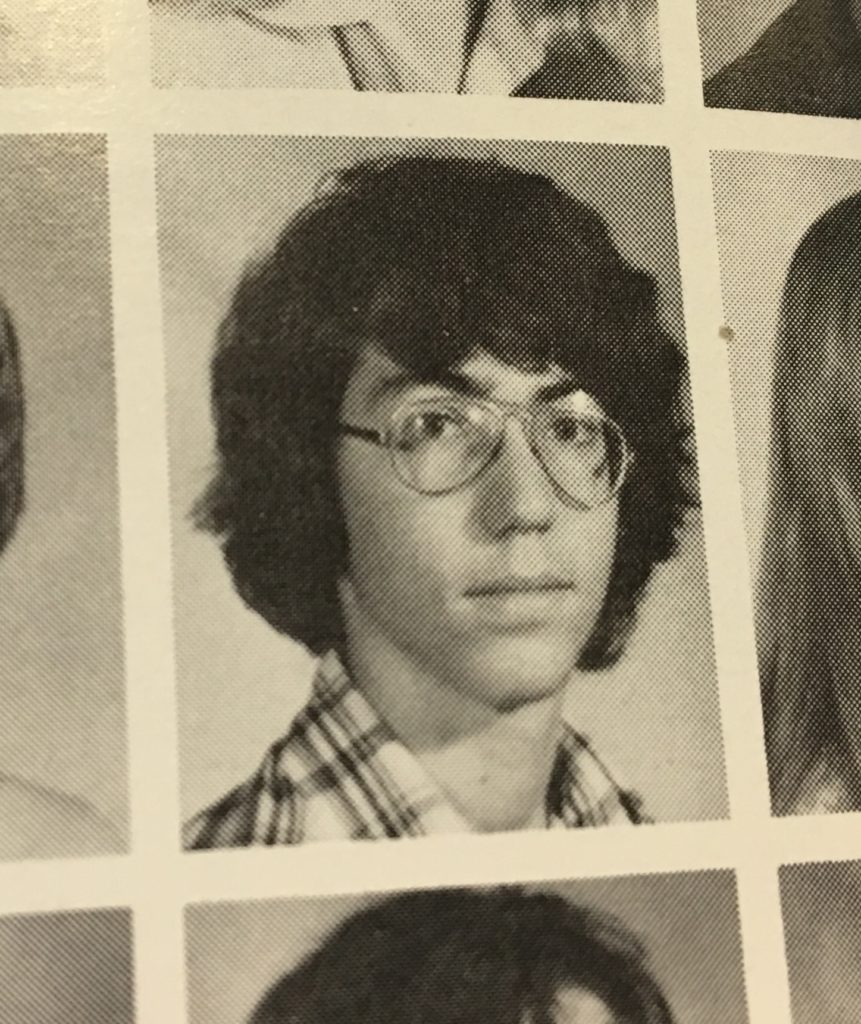 Family: His wife, from Belgium, is Veerle Coignez. They have two children, Elka, 17, and Bram, 15.

Word of advice: “I grew up in Lawrence not knowing what the Foreign Service was. I would encourage anyone who might take an interest in this life and this career to look into it. Careers.state.gov.”

Photo of Adam Sterling being sworn in Friday.

“My late mother (Gloria Sterling, of Lawrence) used to say, ‘How can you stand not knowing where you are going to be living two years from now, three years from now?'” he said, “and my reaction was always ‘I would feel bad knowing.'”

Wanderlust aside, Sterling has always had “a lot of affection” for his hometown and has made regular visits to Lawrence. His mother, a former teacher, and his father (Stanley Sterling), a professor in KU’s School of Social Welfare, have both died. But he has a sister in Lawrence, a number of friends and an enduring love for Jayhawk basketball to keep him connected.

“I went to all the games growing up,” he said. “My mother in particular had a reputation as one of the craziest Jayhawk fans.”

Sterling even got to meet the 2008 champion basketball team. When the KU men showed up in Washington for national congrats, Sterling was on hand for President George W. Bush’s “Rock Chalk Jayhawk” speech in the Rose Garden because, it just so happened, he was working at the White House then, on loan from the National Security Council.

At LHS, Sterling played more clarinet than basketball, and was active in debate, band and theater. His favorite teachers, though, were in math: Margaret Akins at South Junior High and Ray Wilbur at LHS. Both teachers — four decades and countless students later — said they still remember him.

“He was a good student, a good kid, and now he’s a very successful adult,” Wilbur said. “I’m glad we’ve got people like that representing us abroad. He’ll do a great job.”

The thing Sterling is most looking forward to in his new job is becoming deeply acquainted with the country, which he wasn’t allowed to visit during the nomination and Senate confirmation process for the ambassadorship.

It’s a small nation — smaller than West Virginia in area — with about 5.5 million people, and it’s a young nation, having peacefully separated out of Soviet Bloc Czechoslovakia only 23 years ago. It borders six countries, including embattled Ukraine, is part of NATO and the European Union, and, Sterling notes, “has one of the fastest growing economies in Europe.” About 140 American companies operate in Slovakia, and trade between it and the U.S. exceeded $2.5 billion last year.

Sterling’s predecessor at the American Embassy visited virtually every town in Slovakia, and Sterling hopes to do the same.

“A big part of the job as an ambassador is to be the face of the United States and to make strong contacts, not only with the government and other elites in the capital but to get all over the country and to meet people of all different backgrounds and political views and social strata.”

And bonus for a lifelong adventurer: The country, he notes, is “full of mountains and castles.”