The Academic All-Stars of 2006: Where are they now? 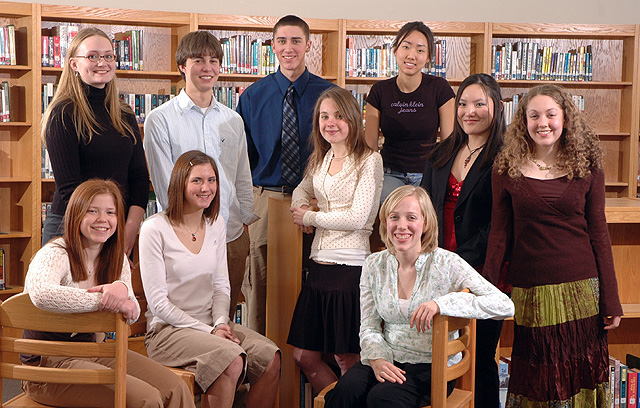 So what do the Academic All-Stars do after graduating from high school?

As is tradition, the Journal-World caught up with as many All-Star alumni as possible from the team 10 years ago. The class of 2006 left high school with stellar GPAs and hopes of working for NASA, becoming a doctor or playing piano, among other goals. Check out what they are up to today: 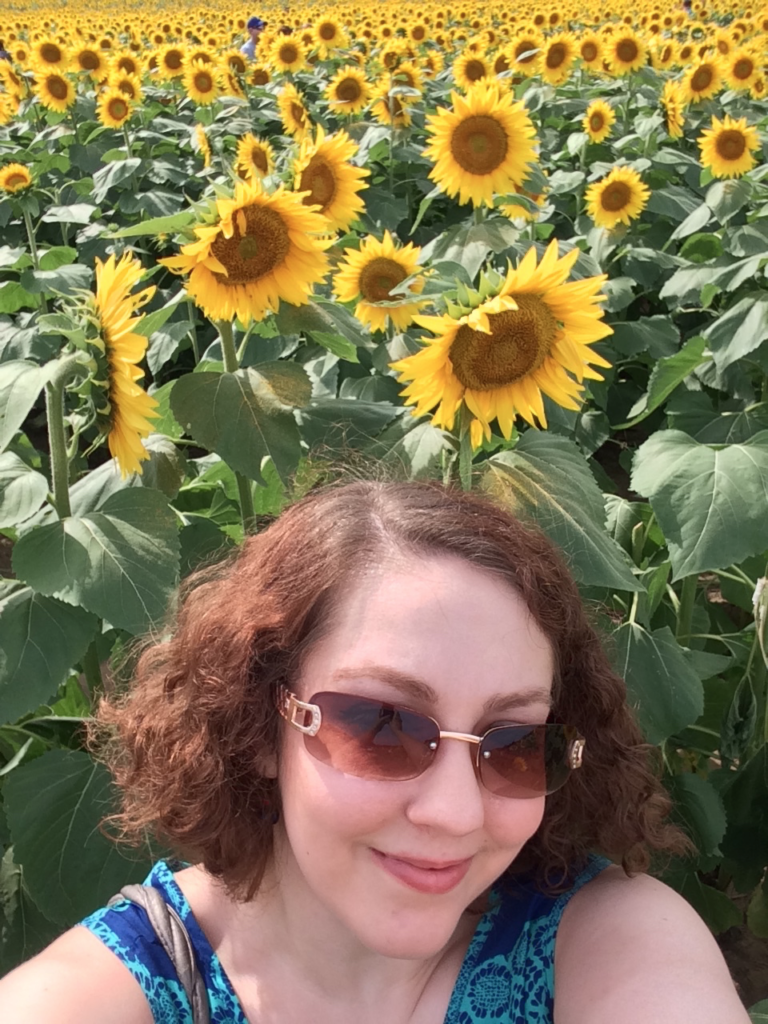 Then: When a senior at Free State High School, Frederick was interested in literature and wanted to become a teacher. Frederick had a 4.0 GPA and won a Scholastic Gold Key award for writing poetry. She wanted to focus her future studies on English language arts and literature, hoping to teach her own English class someday.

Now: Frederick received her bachelor’s degree in secondary English education from Kansas University, where she graduated with honors and highest distinction. While at KU, she studied abroad in England and Scotland with the British Summer Institute and got to visit some of her favorite poetic and literary locations. She teaches English at her alma mater, Free State High School, and is working on her master’s degree in teaching reading.

Advice: “Success is never a straight line going up. There are jagged ups and downs for everybody … Did you know that Hemingway said he rewrote the ending to “A Farewell to Arms” 39 times before he was happy with it? There is no success and no improvement without failure. You are going to be OK.” 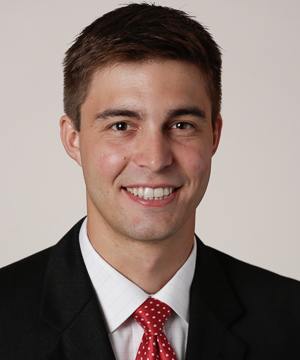 Then: The Ottawa High School senior said that for as long as he could remember he’d been interested in history. The 4.0-student was undecided about his college plans, but enjoyed travel and his participation in Key Club, where he was the top student official in the state.

Now: Anderson graduated with his bachelor’s degree in business administration from the University of North Carolina at Chapel Hill, where he was part of the Robertson Scholars Program. He then worked for a few years in corporate finance before returning to UNC for law school, where he was the editor in chief of the North Carolina Banking Institute Journal. Anderson graduates from law school in May, and will work as an associate attorney for a law firm in Raleigh, N.C. Anderson and his wife, Lauren, are expecting their first child in April.

Advice: “…Whenever something doesn’t go right, e.g., an assignment is late or grades aren’t as high as expected, typically the first reaction is to make excuses and blame forces or events outside your own control. Resist this instinct, ask yourself what you could have done differently, take responsibility for your mistakes, and learn from them.” 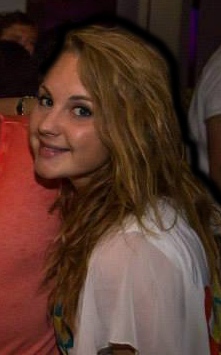 Then: A Lawrence High School graduate who enjoyed traveling and could see herself being a foreign correspondent. She earned a 4.0 GPA in high school, worked on the school’s poetry magazine and participated in Model United Nations.

Now: After high school, Daldorph earned bachelor’s degrees in French and journalism at Kansas University. She then spent a year teaching English on the French island of La Réunion in the Indian Ocean. She is now a freelance journalist, working mainly with French news channel France 24 and Radio France International. In fall 2015, she participated in the Transom Storytelling Workshop, a training program for beginning radio producers, and hopes to orient herself more toward radio journalism.

Advice: “Do things that interest you — even if it means you have to finance it yourself, do it in your free time or deviate from what you thought was your path to do it.” 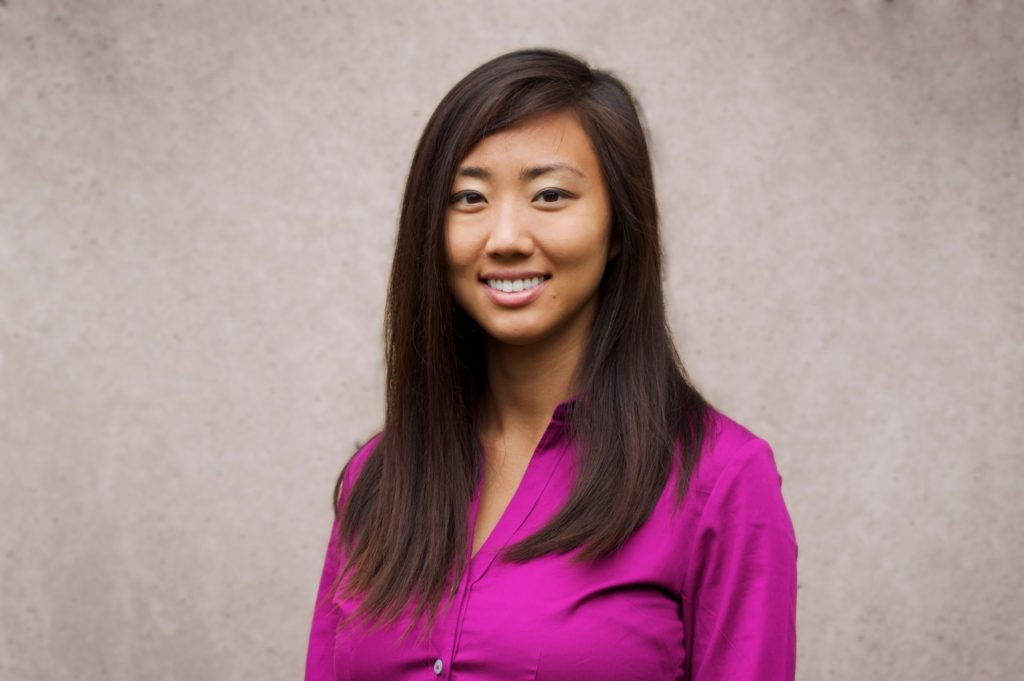 Then: As a student at Free State High School, Zhang was interested in art and science. Other than her art projects and earning a 4.0 GPA, Zhang played in the marching band. She was also involved in National Honor Society and the Cultural Heritage Club. As a senior, she had plans to go to dental school to train as an orthodontist.

Advice: “Many high-achievers tend to be perfectionists, but I’ve realized that you often learn more from your mistakes than when things go perfectly. So don’t ever be afraid of making mistakes!” 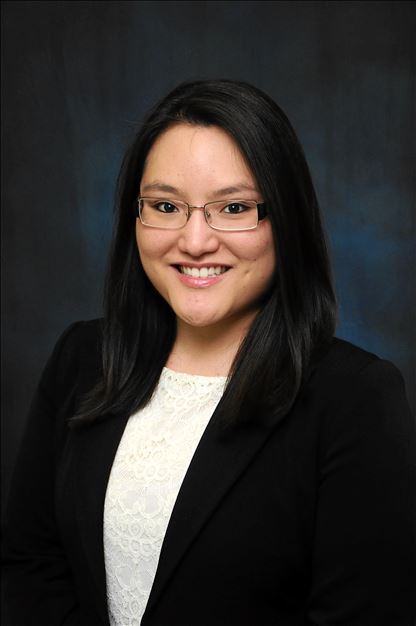 Then: Varner had an early interest in the medical field, inspired in part by watching her parents at their jobs as an ultrasonographer and a veterinarian. The Santa Fe Trail High School senior had always done well in science and hoped to practice radiology someday. In addition to a 4.0 GPA, Varner performed in her high school’s band, on the dance team and in plays and musicals.

Now: After graduating from high school, Varner earned a bachelor’s degree in biology at Washburn University. She then worked as a certified nursing assistant before attending medical school at Kansas University in Kansas City, Kan. She will graduate this year and plans to pursue a career in family medicine.

Advice: “Work hard and keep an open mind. Don’t be afraid to be a bit uncomfortable – being challenged is how you grow the most. Know yourself and do what’s best for you, whatever that entails, because no one knows what that is more than you. Most of all, take time to enjoy these years! They are a wonderfully unique time of growth, independence and finding out who you want to be. Have fun!” 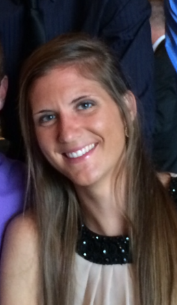 Then: Ballock was interested in health and nutrition as a senior at Eudora High School, where she ran cross-country and track. Other than running, she enjoyed playing with her five younger siblings and volunteering with 4-H and other organizations. She graduated with a 4.0 GPA.

Now: Ballock earned her bachelor’s degree in Family and Consumer Sciences Education from Pittsburg State University, where she was also on the school’s cross-country and track and field teams. After graduating, she taught English at the University of Castilla-La Mancha in Spain for a year, as well as traveled around Europe. Back in the United States, she was the culinary arts teacher at Wichita North High School for one year. Currently, Ballock lives in Brazil (her fiancé is Brazilian) and owns an office where she teaches English to professionals in international companies and students preparing for international study.

Advice: “Study abroad! Go outside your comfort zone! Living in Europe for a year was the best decision I ever made. I grew in ways I never could have imagined, learned things about myself I never knew existed, and discovered a new concept of the world. Don’t allow your goals to be limited to what makes you feel comfortable.” 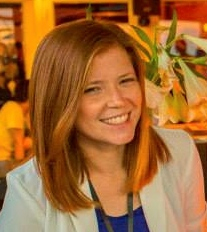 Then: The Lawrence High School senior knew exactly what she wanted to do one day: work for NASA and help design the next generation of space vehicles. The 4.0-student said she liked engineering in general and the logical thinking it required. Sakumura also played goalkeeper on the LHS soccer team and coached youth soccer.

Now: Sakumura graduated from Princeton University with a bachelor’s degree in mechanical and aerospace engineering. She then attended the University of Texas at Austin, where she will graduate in May with her master’s and a PhD in aerospace engineering with a focus in orbital mechanics. During graduate school, Sakumura spent six months doing research at the French Space Agency. Her research was on NASA’s Gravity Recovery and Climate Experiment (GRACE) mission, which observes variations in global water storage. In October, she started working at NASA’s Jet Propulsion Laboratory in Pasadena, Calif., where she specializes in GPS, satellite data analysis and remote sensing.

Advice: “It may be cliché, but I still think the best advice is to work hard, push yourself outside of your comfort zone, and enjoy doing both.” 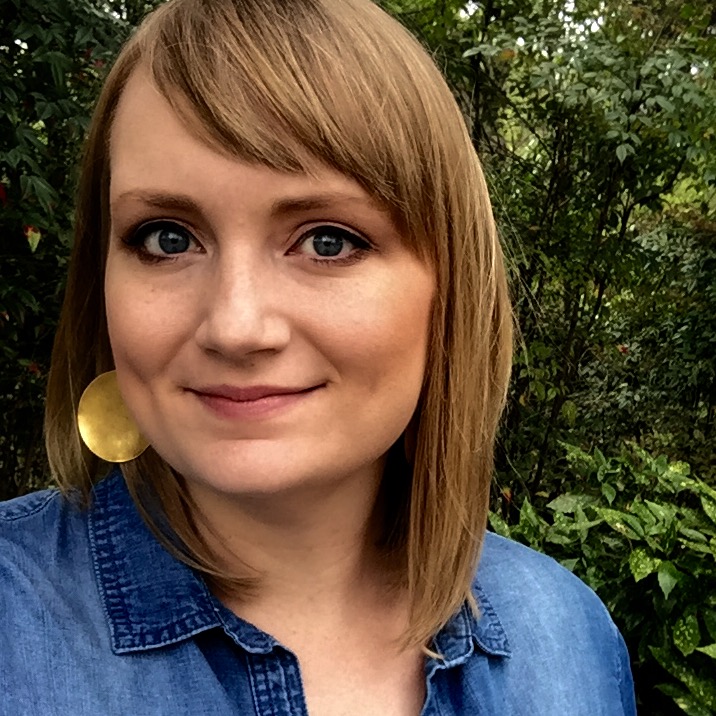 Then: The Perry-Lecompton High School senior had been playing piano since before she could read. She focused on music throughout high school and played in the marching, concert and jazz bands, in addition to serving two years as drum major. She tutored 13 music students while earning a 4.0 GPA. She planned to pursue degrees in music education and piano performance and hoped to someday teach and perform.

Advice: “Don’t waste it trying to make a great name for yourself. I have a whole box of certificates and awards in my garage that I will continue to care less about as the years pass. What will matter most is the people you have loved, the lives you’ve changed.” 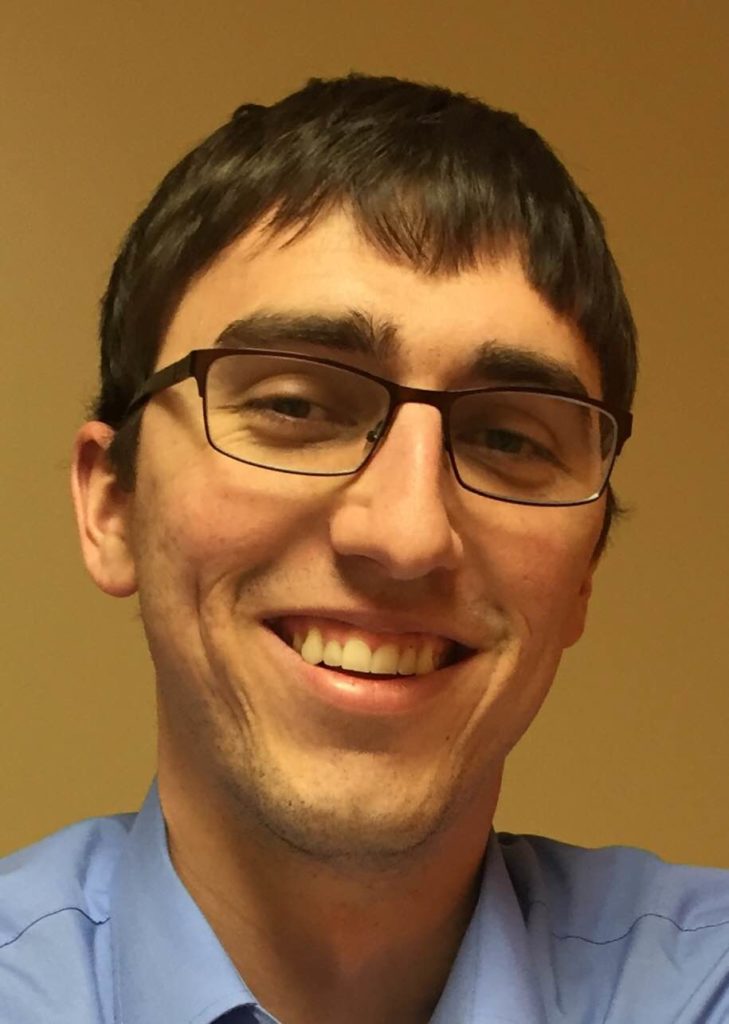 Then: The Oskaloosa High School senior knew he wanted to become a doctor, but he wasn’t sure which type at the time. He was the president of the 4-H club in Jefferson County and captain of the Oskaloosa basketball team. He graduated from high school with a 4.0 GPA and hoped the pre-medicine classes at Washburn University would help him decide what type of doctor he wanted to be.

Advice: “Grades are one important part of college, not THE only important part. Get involved in extra-curricular activities, explore new things, stay healthy, and set aside time to maintain the important relationships in your life; experiences and relationships will serve you much better in life than your GPA.” 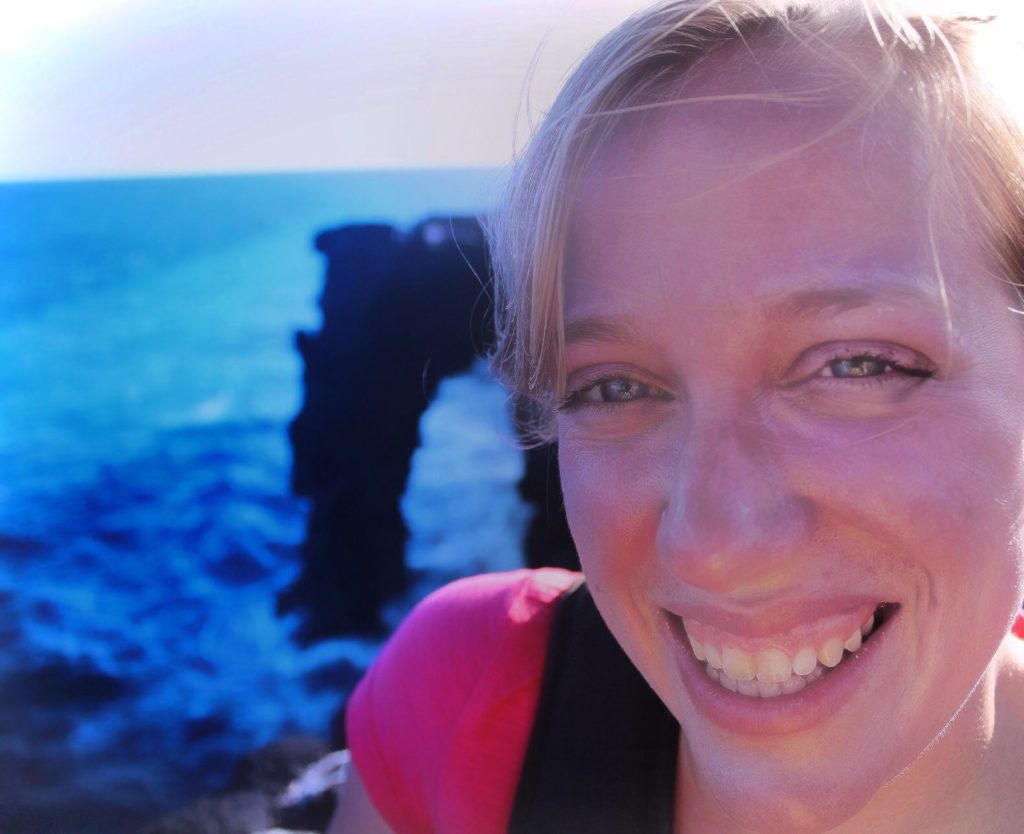 Then: The Baldwin High School senior had always been curious, resulting in a variety of interests, including astronomy and playing the violin. Besides her 4.0 GPA, she also competed on Baldwin’s scholars bowl team. She was interested in astronomy and planned to one day become an astronomy researcher.

Now: After graduating from high school, Coblammers began at Kansas University, where she originally majored in physics. She decided to change majors her sophomore year, and earned her bachelor’s degree in linguistics. She then moved to Connecticut with her fiancé (now husband), where she worked primarily for the Newtown public school district. After living a few years in Connecticut, Coblammers and her husband returned to Kansas, where she has been pursuing a bachelor’s degree in computer science from KU. Once she graduates in May, Coblammers will begin as a software engineer at Google in Colorado.

Advice: “I think it’s important to realize that there may be lots of changes in your plans along the way and at times,you may be uncertain about where you’re going, and that’s OK! There isn’t just one way to have a fulfilling life.”