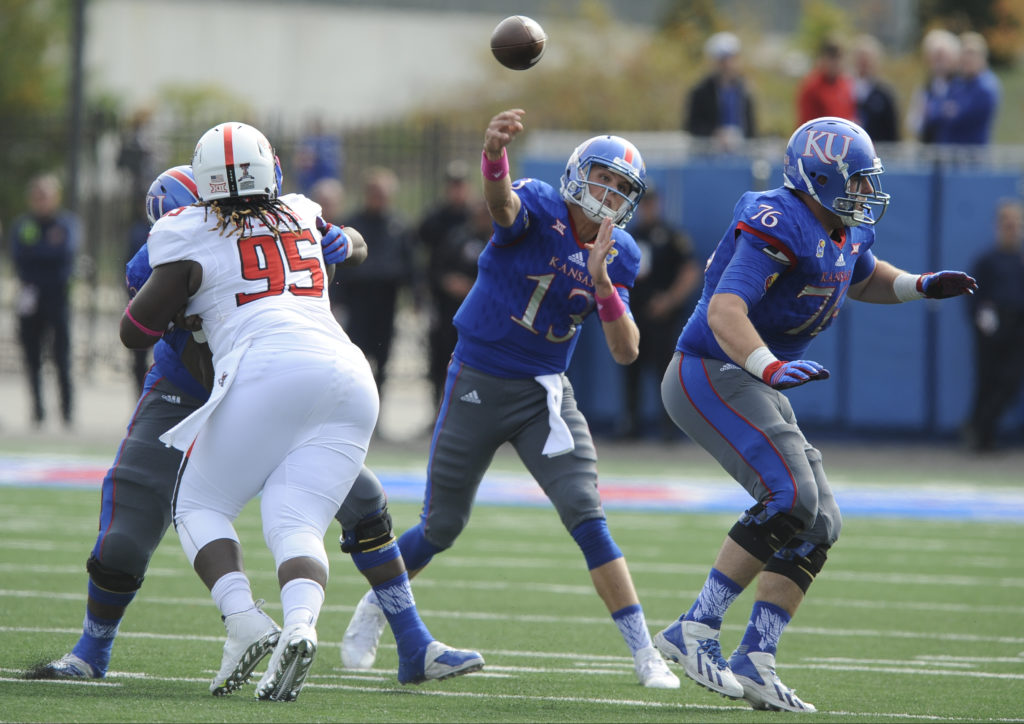 True freshman quarterback Ryan Willis was named Athlon Sports’ national freshman of the week on Monday after throwing for 330 yards and two touchdowns, on 35-of-50 passing, in Kansas University’s near upset of the Red Raiders.

In just his second career start and fourth ever college football appearance, Willis set several KU freshman passing records and continued to show the growth and maturity that have many believing that KU finally has found its quarterback of the future. 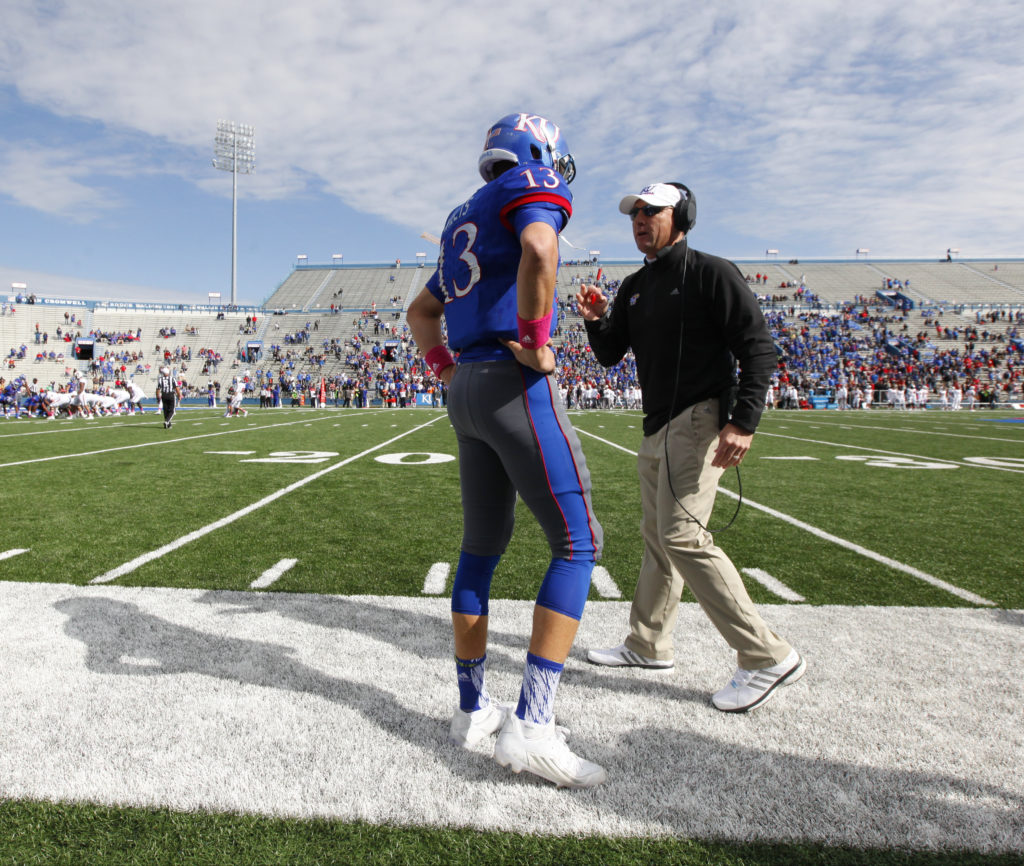 Kansas head coach David Beaty talks with a discouraged Ryan Willis (13) after Willis' interception which was returned for a Texas Tech touchdown late in the fourth quarter on Saturday, Oct. 17, 2015 at Memorial Stadium.

Filling in for injured starter Montell Cozart, Willis has looked and played like a quarterback much older than the roster says he is. He’s made big throws, played with fire and passion and shown a good understanding of the offense and a good general feel for football, both of which have allowed him to operate with a strong blend of poise and confidence.

“He showed some things that we were looking for and he just showed us that the moments really aren’t too big for him at this point,” KU coach David Beaty said of Willis. “He made some mistakes, because he’s still a young guy, but then he made some great throws and he extended plays. The way he handles himself on the sideline and with our players has been really impressive. Whether or not he can continue to sustain that, that’s yet to be seen. It’s two games.”

Asked Monday morning on the Big 12 coaches teleconference if Willis had done enough to earn the starting job for good the rest of the way, Beaty was non-committal.

“I’m not willing to say that he’s the guy completely moving forward,” he said. “But he’s doing a good job of making a great case for himself.

“He’s a talented guy. He got hit a bunch the other day. A bunch. A lot of those completions were right when he was getting hit, and that’s something you really can’t coach. Guys can either sit in there and take it or they can’t. And he’s done a real nice job of delivering strikes even when he’s getting pressured. “With each passing day I think he gets more and more comfortable. I think the challenge for us is to not give him too many things and allow him to still be comfortable with what he’s seeing and what he’s executing so he can play at a little bit of a higher level.”

“It is incredibly difficult to put a true freshman in that position, particularly in a conference as talented as the Big 12,” Beaty said. “For that kid to continue to mature and be able to take on the amount of offense from the first (start) to that second (start) was a dramatic improvement in terms of how much we were able to carry into the game. It helps your play-calling to be able to know that you have more you can go to.

Beaty added that Willis did things against Texas Tech that he would not have been able to do against Baylor during his first start a week earlier. The reason? He and offensive coordinator Rob Likens put in a ton of extra work to learn more of the offense and feel more comfortable with whatever was asked of him.

“He was able to get through reads one, two and then three on occasion… He had some definite growth on Saturday and we look forward to seeing him continue to get better. We really think he’ll do nothing but improve.”

Willis and the Jayhawks head to Oklahoma State on Saturday for a 2:30 p.m. kickoff with the unbeaten and 14th-ranked Cowboys.