Kansas University plans to build a greenhouse on West Campus to support the work of one of its new Foundation Distinguished Professors, considered a world leader in soil microbiology.

James Bever, professor of biology at Indiana University, is scheduled to begin his joint appointment with KU’s Department of Ecology and Evolutionary Biology and the Kansas Biological Survey in January 2016.

The Kansas Board of Regents on Wednesday authorized construction of the greenhouse, which will be located south of the Higuchi Building Annex on land currently owned by the KU Endowment Association. The Board’s action approved KU Endowment transferring the property to KU. 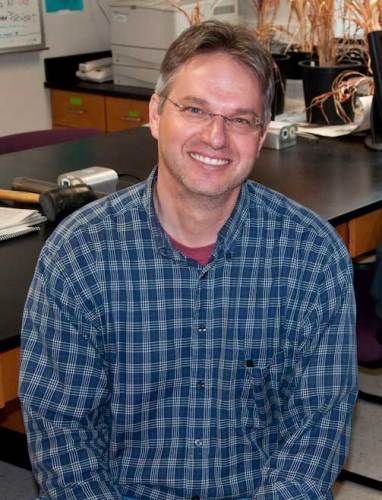 The 4,350-square-foot greenhouse will cost about $645,000 to construct, with money coming from State General Fund appropriations provided to support KU’s Foundation Distinguished Professors, according to a Board of Regents memo. Part of the greenhouse will operate all year, while the remainder will operate spring through fall.

Bever is one of five new Foundation Distinguished Professors KU announced this spring, joining three who already had begun work at KU.

“He is destined to spearhead new discoveries about how soil-bound microbes control above-ground biodiversity and productivity,” said Chris Haufler, Ecology and Evolutionary Biology department chairman, in an earlier KU news release about Bever. “His research will unquestionably yield major benefits to understanding ecology and agriculture in Kansas and the entire Midwest.”