Just Food continues to wrangle with $50,000 tax bill in wake of Farmer’s resignation 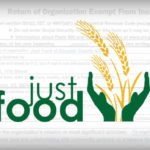 Even though former Mayor Jeremy Farmer resigned from a charity after failing to pay $50,000 in federal payroll taxes, it is the Just Food board that will face the ire of the Internal Revenue Service, an expert on nonprofits said Friday.

“When the IRS goes after somebody, they go after the board,” said Brent Never, an assistant professor of nonprofit leadership at the University of Missouri-Kansas City. “They are the fiduciary agent. They are the ones who sign on the bottom line.”

Lawrence learned Monday that Just Food, the city’s largest food bank, had an employee tax liability of $50,000. Just Food leaders also said Monday they were investigating whether the agency owed additional back taxes to the Kansas Department of Revenue.

On Friday, Just Food board president Kristi Henderson said the board had engaged an accountant with the McFadden Group to review the payroll tax issues with the IRS and the state.

“They have been in contact with both to determine and address any deficiencies,” Henderson said. “Current withholdings with both the IRS and the state are being paid timely.”

The IRS contacted Just Food about the tax liability a few weeks ago, Henderson acknowledged for the first time. She did not specify exactly when.

City officials also have raised questions about charges that were made to Farmer’s city credit card, mostly related to travel expenses. Farmer reimbursed the city on Tuesday for about $1,100 in personal expenses that he charged to the city’s card.

On Friday, Henderson said Farmer had a debit card with Just Food but it’s unknown if he had any outstanding charges.

In addition, Farmer submitted Just Food’s 2014 income tax return to the United Way, one of the agency’s donors, but not to the IRS, Henderson acknowledged this week. An attorney described the tax return as “a draft” and said it was subject to change.

On Friday Henderson said the McFadden accountant had filed an extension and that the return is due in November.

Never, the UMKC assistant professor, said the food bank was a large business. Its gross receipts totaled more than $1 million in 2012. That had doubled by 2014 to $2.2 million.

“There needs to be real financial controls for an agency this size,” Never said.

Never said he was a professor in Illinois when the IRS learned that a smaller charity had failed to pay payroll taxes over several years to the amount of $60,000.

“This little board had no idea the executive director was doing this,” he said. “The IRS gave them 30 days to come up with $60,000. These people had to get second mortgages on houses, sell cars, that sort of thing.”

Never said unless there is fraud, the failure to pay taxes is an administrative procedure that will be handled by the IRS.

“It is not criminal,” he said.

Never said he hoped the board had insurance to protect it from liability.

“That basically covers them from any kind of wrongdoing done under their watch,” Never said. “This other example of the Illinois charity, they were too small to even think about that.”

When asked about insurance, Henderson said, “Insurance policies typically do not cover tax liabilities of an organization or individual.”

Henderson said Just Food is continuing to provide food for the needy.

“The departure of our executive director has not changed the commitment of Just Food, its board, staff and volunteers in helping meet the needs of our community,” she said.