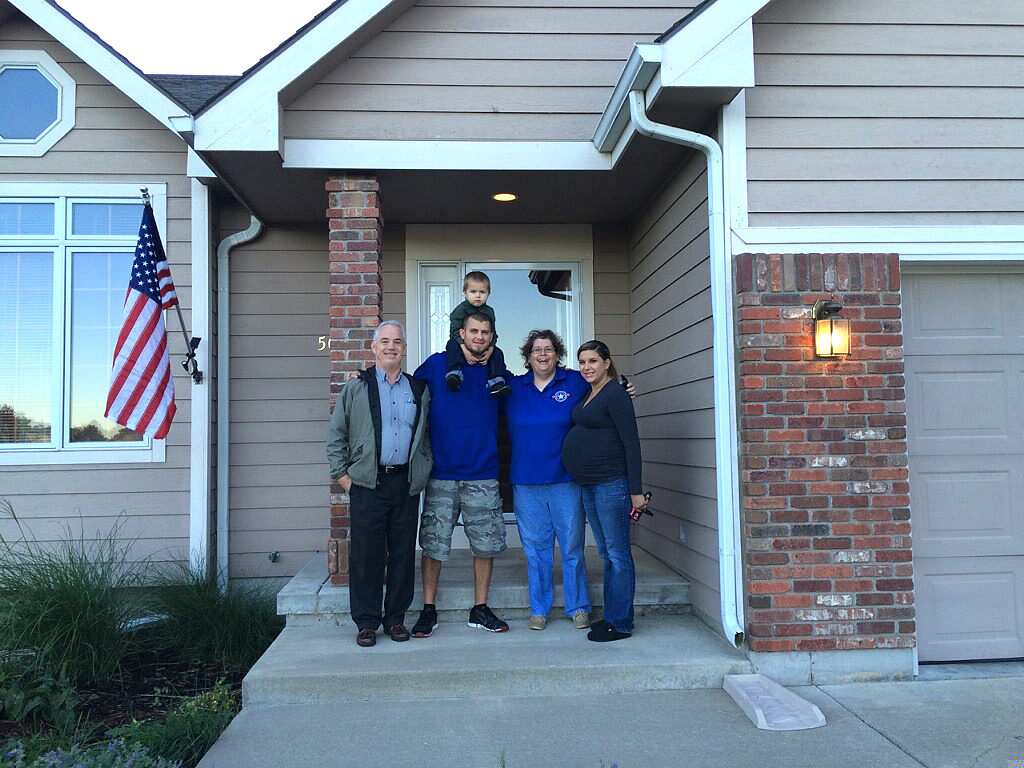 On Oct. 14, just three days before giving birth to her second son, wounded veteran Keara Torkelson and her husband, Joe, received the key to their mortgage-free home in Baldwin City. The home was awarded to them through the national non-profit Operation Homefront, which partnered with Wells Fargo Bank in Baldwin City to donate the home.

Keara is a former Army reservist who was wounded in the 2009 mass shooting at Fort Hood near Killeen, Texas. Her injuries included a bullet graze to her head and a bullet lodged in her back. She had been scheduled for deployment to Iraq at the time of the shooting. Due to complications caused by her injuries, she is now medically retired from the Army. Keara is originally from the Kansas City area, but she, Joe, and their 4 year-old-son had been living in Minnesota.

“This house allows us to be a lot closer to Keara’s family, and allows our family to expand,” said Joe. “Operation Homefront is great organization for veterans looking for support.”

Operation Homefront is a national non-profit that provides emergency and other financial assistance to the families of service members and wounded warriors. The organization’s target population is American military personnel and/or their families who have unmet needs as a result of service since 9/11.

Bill Bowers, a real estate agent for RE/MAX Excel in Lawrence was the listing agent for the donated home, which was in foreclosure, and worked with Well Fargo on the donation process.

“This was a nice home that just needed some cosmetic work,” said Bowers. “A crew came in there and made it look like new for them and made it as maintenance-free as they could.”

Bowers and his colleague, Debbie Heinrich, participated in the small “key gift” ceremony where the Torkelsons took possession of their new home.

“We were there to greet them as they drove up in the moving van,” said Bowers. “It was quite a touching moment I’ll tell you that.”