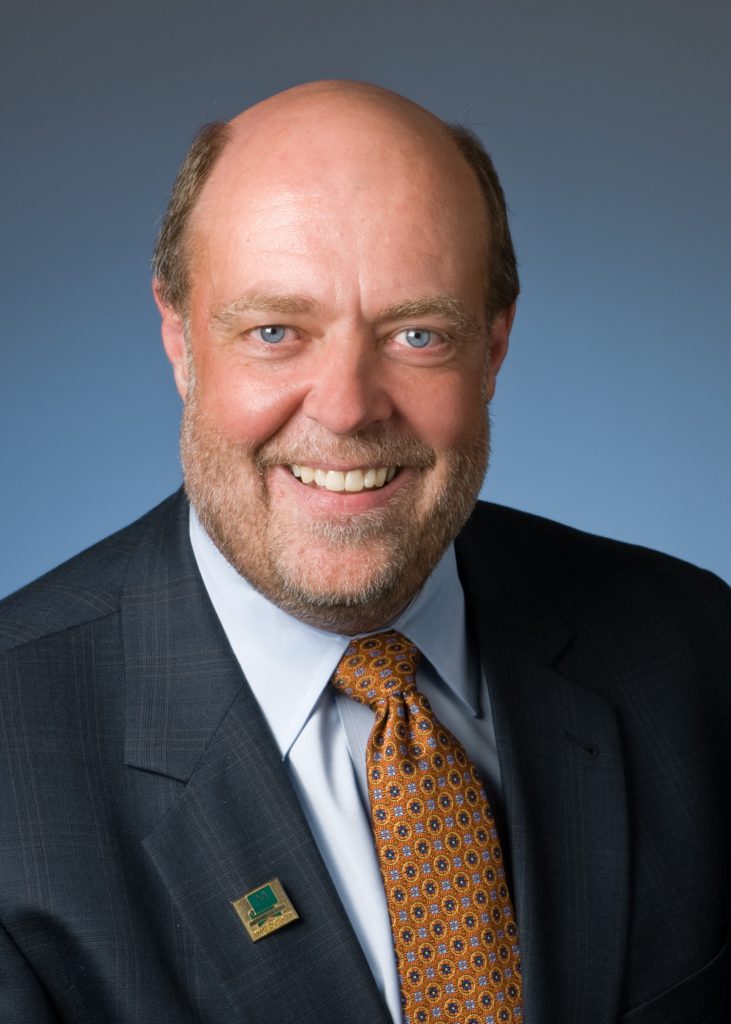 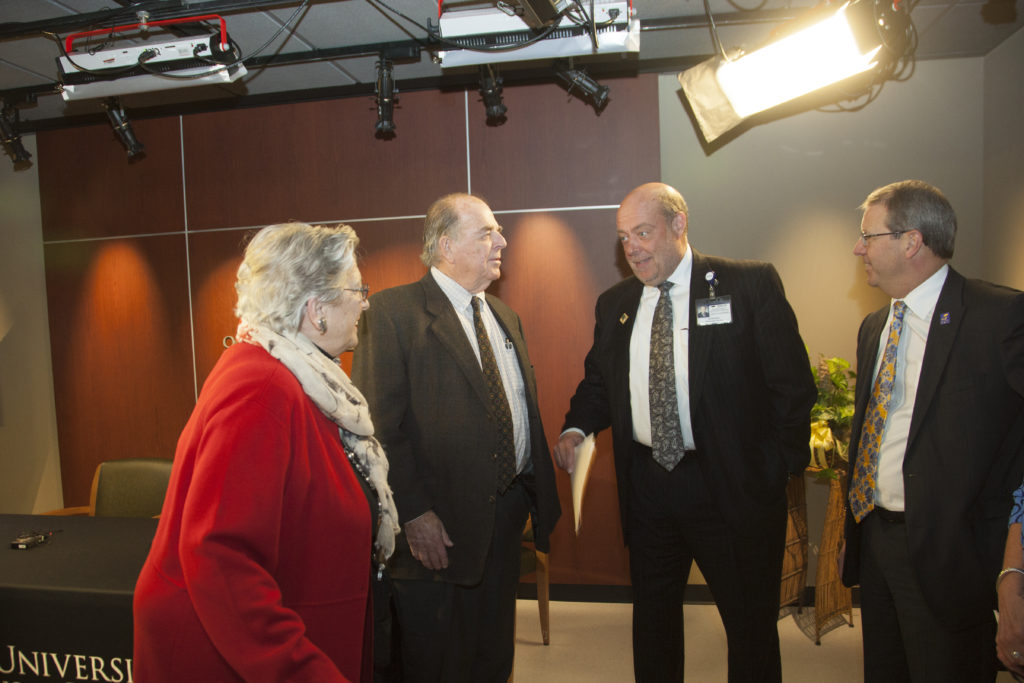 From left, Pam Simons with her husband Dolph C. Simons Jr., publisher of the Lawrence Journal-World, visits with Bob Page, president and CEO of the University of Kansas Hospital and University of Kansas Medical Center executive vice chancellor Douglas Girod, M.D. during a dedication event for the the Dolph C. Simons Family Broadcast Studio. The facility is a fully functioning TV studio with live capabilities that many local and national media organizations can access to help share important medical news with the public.

When Kansas University Hospital admitted a man being testing for Ebola last month, it didn’t take long for media calls to start pouring in.

The situation called for deploying the hospital’s new communications tool: an in-house broadcast studio capable of sharing live news feed around the globe. In the next three days, Chadwick said, more than 23 million viewers saw footage of press conferences sharing timely and accurate information about the situation and, finally, confirmation that the man did not have Ebola.

On Monday KU Hospital formally dedicated the Dolph C. Simons Family Broadcast Studio and launched its Medical News Network. Hospital officials believe they are the only hospital in the country to have such a resource.

Instead of entire pre-packaged stories, Chadwick said, the Medical News Network provides resources such as raw taped interviews with KU Hospital doctors, patient profiles and B-roll envisioned to help working journalists build their own stories. She said they can find story ideas and pick out the soundbytes and video clips they want.

Simons, who donated an undisclosed amount of money for the studio, said he and his family wanted to help get the word out about the “great work” going on at KU Hospital and KU Medical Center.

“People don’t realize that good health is about the most important thing in our lives,” Simons said.

“As a newspaper family, we recognize how important it is to make information available to the public and to provide expertise to put new developments in perspective.”

For the Ebola press conferences, local TV stations and other media outlets sent reporters to the hospital, but faraway outlets didn’t have to because technology allowed the hospital to share the press conference with them in real-time. Stations also broadcast footage afterwards.

Hospital president and CEO Bob Page said that several years ago when H1N1 flu hit, he was contacted by East Coast media outlets who told him they’d like to use Midwest sources more often. Page said that “planted a seed” and the ensuing broadcast studio and Medical News Network makes it easy to share Midwest sources with the world.

For now, the Medical News Network is a tool for media outlets. But it’s hoped to grow, and one potential place might be repackaging content to show on closed-circuit television throughout the KU Medical Center campus.

“The role that we have to play in patient education is huge, and it’s just going to get bigger,” Page said.