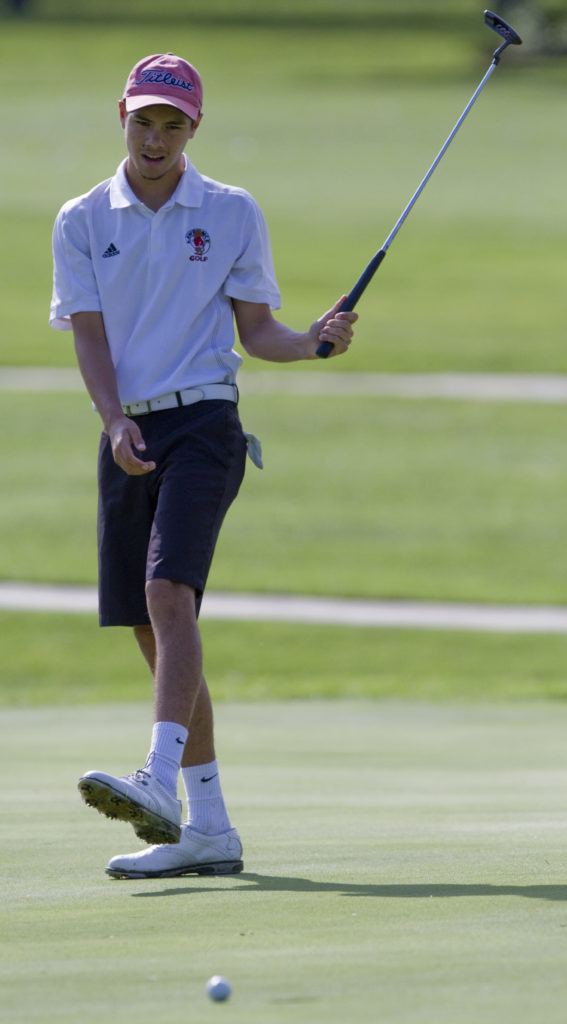 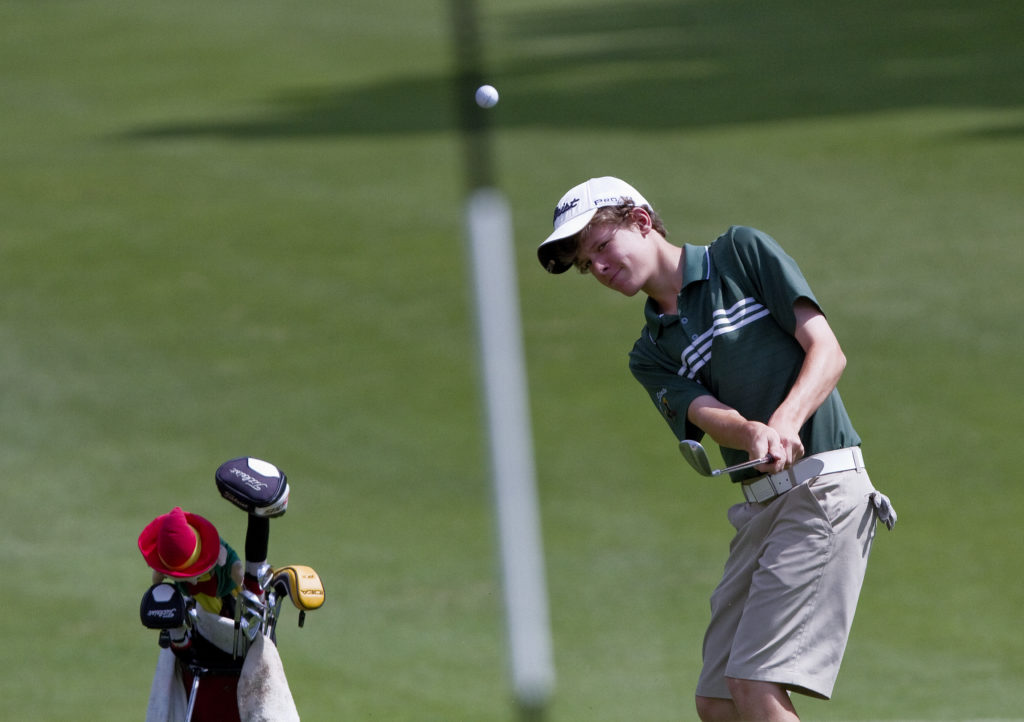 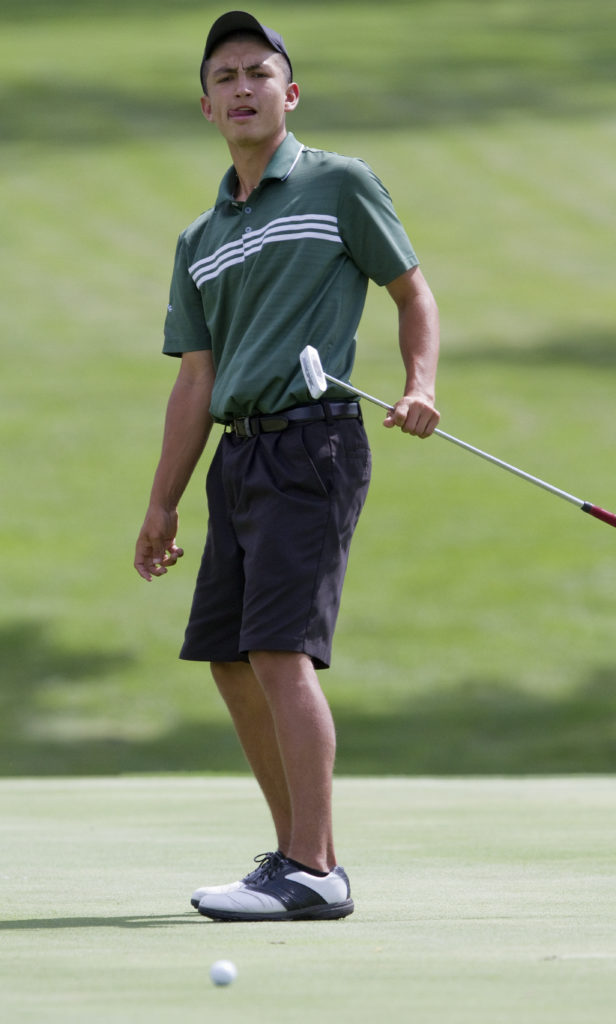 Topeka ? Lawrence High senior Narito Mendez had plenty of luck on the back nine Tuesday at the Class 6A state golf tournament.

All of that luck disappeared in the front nine — his last nine holes.

“He shoots 39 on the back and hits one fairway, and then he doesn’t hit one fairway on the front and it caught up with him,” LHS coach Dirk Wedd said. “He had the eight on the second hole of the front nine, and a lesser kid would have just thrown up his hands. But he’s so competitive. He fought.”

“Yeah it’s pretty frustrating,” Mendez added. “I wasn’t missing too big. I was just a couple of feet off. It makes a difference when the rough is pretty thick and the pin placements were hard today.”

Mendez had plenty of confidence heading into the front nine after his two-over par 39 on the back nine.

“Yeah, especially with the front being par 35,” Mendez said. “I thought I would be able to throw up a 38, 39, put a good score in. But I took a (quadruple bogey) on two and it just kind of threw me off and I didn’t really recover that well.”

Flynn wasn’t thrilled with his day as he struggled with consistency.

“I just flip-flopped nines,” Flynn said. “I could hit the ball on the front nine, but I couldn’t make any putts. On the back nine, I couldn’t hit the ball, and I just made a lot of putts.”

Junge struggled with his putting, but “was pretty happy” with his first state tournament experience.

“It’s pretty awesome,” Junge said. “I felt pretty accomplished when I made it to state, so I wasn’t really worried about what I’d shoot today. It was pretty good experience for me.”

Despite any struggles from the Free State golfers, there was plenty of experience to be gained for the two underclassmen.

“I mean, I know they struggled today, but they still fought their ways to low 80s,” FSHS coach Matt Gudenkauf said. “That’s great, especially for as young as they are.”

If Flynn and Junge are looking for a blueprint on how to improve after playing in the state tournament, they don’t have to look any further than their Lawrence counterpart, who said his favorite part of his high school career was improving each year.

“When I started off, I was pretty bad,” Mendez said. “I made some pretty large jumps over the years.”

Mendez didn’t end his career on the high note he was looking for, but that didn’t take away of the positive things he accomplished throughout his career at LHS.