New exhibit asks what’s with the gender imbalance in art? 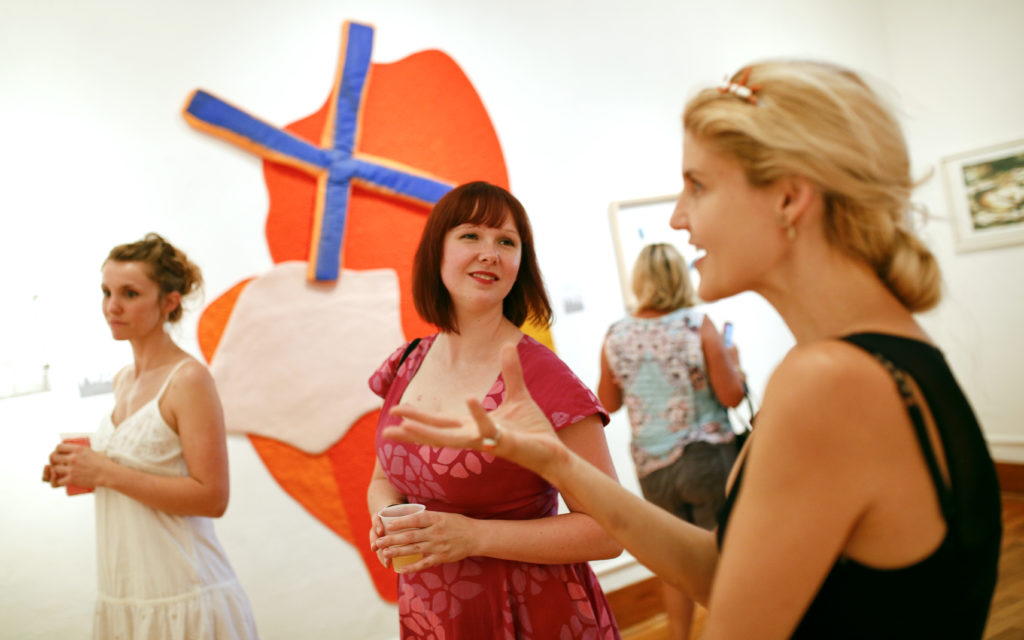 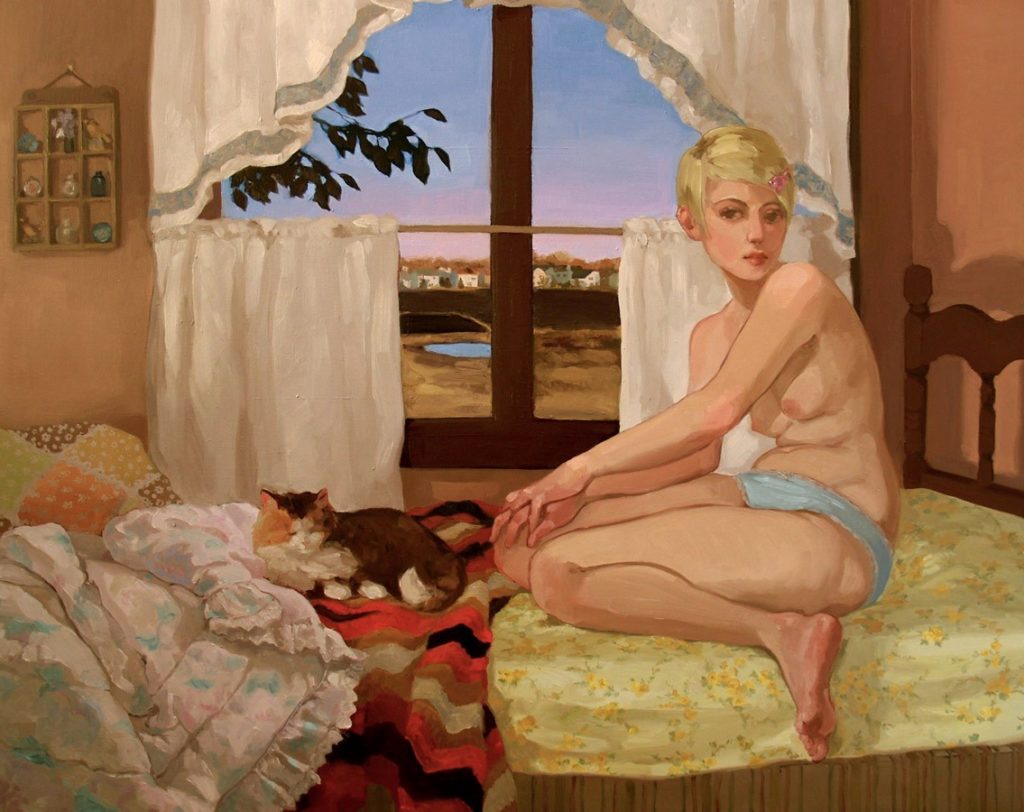 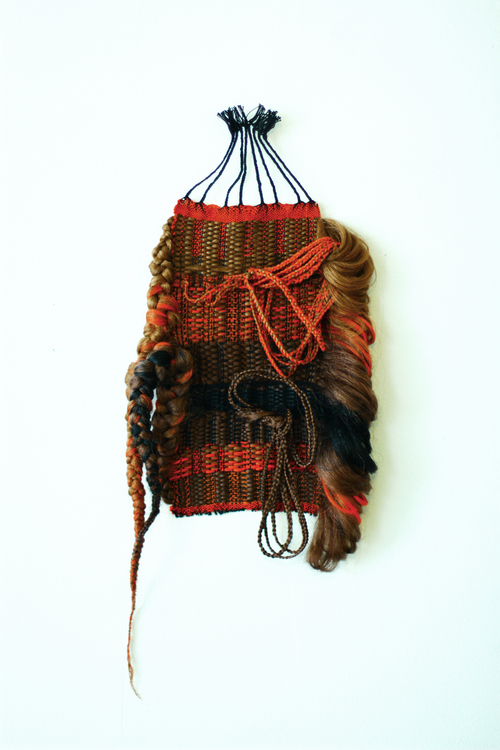 “Squa-Plaits” by Shenequa A. Brooks, features synthetic hair woven with cotton. It is featured in YWAs: 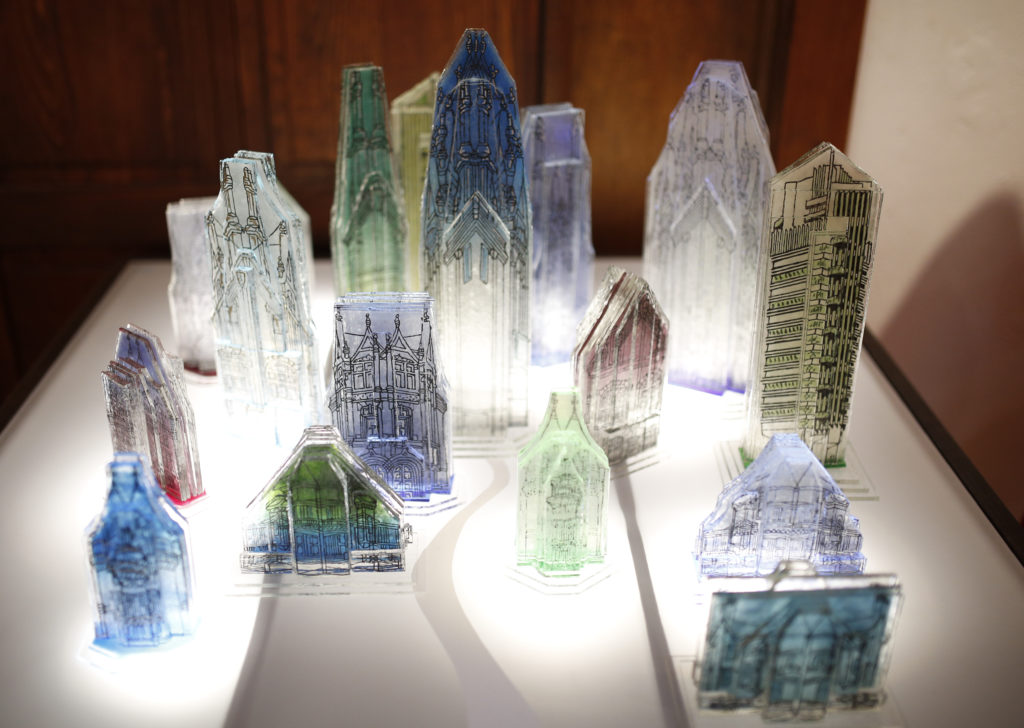 When curators of a new show at Wonder Fair Gallery started counting how many female artists were represented in regional galleries compared with males, they discovered disparities.

The gender gap at Wonder Fair, owner Meredith Moore admits, was pretty much equally as wide.

“YWAs: Young Woman Artists,” on view through Aug. 24 at Wonder Fair, 803 1/2 Massachusetts St., features artwork by 16 women accompanied by figures from these gallery surveys. Moore hopes the show will not only highlight talented artists but also spark conversation about why disparities exist.

“The goal is not to call out galleries and institutions — even ourselves — for perpetuating gender imbalance,” she said. “Rather, through ‘YWAs’ we hope to bring its benign neglect to the forefront of discussions about our art community.”

The two found that men were, on average, twice as likely to have been exhibited in galleries public or private, large or small. A few numbers, according to Moore and Rose:

• Of works on view recently in the contemporary and modern wing at the Nelson-Atkins Museum of Art in Kansas City, Mo., 70 percent were by men.

• Of 30 professional artists featured in solo or small group shows at the Lawrence Arts Center since last year, 73 percent were male.

• Of 33 artists on the roster at Haw/Contemporary, one of Kansas City’s premier contemporary galleries, 67 percent were male.

• Of artists represented in solo or small group shows at Wonder Fair since 2012, 64 percent were male. Of those, in exhibits with male curators, female artists’ work was only shown alongside that of a boyfriend, former boyfriend or husband.

Especially in a world people assume is progressive, that kind of under-representation was surprising, Moore said.

Moore plunged into the topic after painter Jaime Rovenstine, formerly of Lawrence, requested a solo show at Wonder Fair. Moore realized Rovenstine (who has a painting in “YWAs”) was the first woman to even ask, although several men had.

Moore began to wonder why this was the case and whether Wonder Fair was alone.

She doubts curators purposely exclude women, but there’s no “Title IX” for art, either. At Wonder Fair, Moore said, exhibiting women alongside their husbands, for example, is sometimes just more convenient.

Historically, many female visual artists worked under pseudonyms or were discouraged from making art as a career, Rose said.

It’s hard to pinpoint why a gender gap persists despite feminist movements of the past century, especially since women outnumber men in art schools — 62 percent of Kansas City Art Institute students are women, Rose said.

Maybe women struggle more with work-life balance, lack confidence to market themselves, or have been pigeonholed by long-held assumptions. Maybe they need more successful female mentors in the art world.

“When you have those heroes it helps you move forward and represent yourself,” Rose said.

For “YWAs,” Rose and Moore selected work by established female artists and promising freshmen, with the idea of helping them connect.

They also chose mediums from a large-scale nude painting (“Girl Sitting with Cat,” by Rachel Doris Gregor) to performance art (“Drifter,” by Danielle Peters, video of a performance in which a kaleidoscope projection is viewed through Peters’ thigh-gap).

Textiles are far from the functional objects women were relegated to producing in centuries past.

In one, Anna Youngyeun’s “MetaRoll,” a screen-printed strip of wispy white fabric cascades from a rusty metal toilet paper holder into a pile on the floor. Another, “Squa-Plaits” by Shenequa A. Brooks, features synthetic hair — wildly braided and looped — woven into an otherwise traditional cotton textile.

Haw/Contemporary owner Bill Haw said that while the artists he represents are two-thirds men, those featured in solo shows since he opened the gallery last year are 50-50.

Haw said male artists have told him they think it’s great he’s working with so many women, so they must find it unusual. In truth, he said, it’s coincidental.