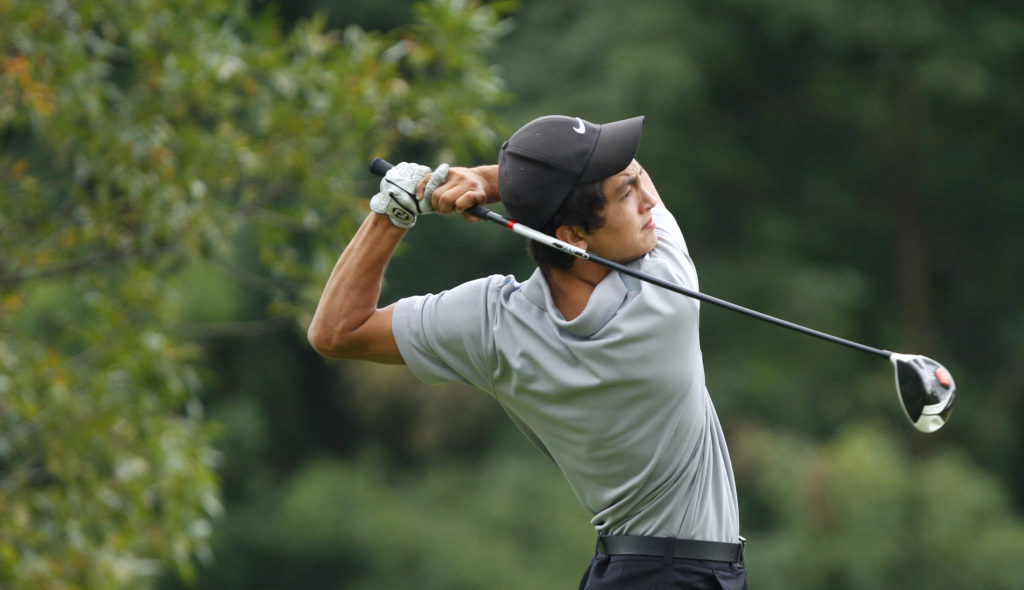 For the first three holes on the back nine, Jack Flynn proved he belonged in the men’s championship flight at the Lawrence Amateur Golf Association’s city tournament Saturday at Eagle Bend.

He made it look easy, drilling tee shots onto the fairway, sending approach shots near the pin and sinking close putts.

On the 574-yard, par-5 12th hole, Flynn tried to go from the fairway to the green on his second shot. His ball landed short and right of the green and just left of a bunker that lay to the right. Yet it was no problem, as he simply chipped his next shot onto to the green and sank a nine-foot putt.

Two birdies in three holes gave him plenty of confidence, especially after a tough front nine when he shot 4-over-par. But as quickly as Flynn showed he belonged, the Free State High junior showed how tough it is to compete with the city’s best when he hit bogeys on each of the next four holes.

“I thought I was going to get a low (score) on the back (nine), but then I got on the bogey train, so it didn’t go as planned,” said Flynn, who was disappointed with his 6-over-par 78, tying him for seventh place of 10 after the first round.

Flynn, who finished fourth in the Sunflower League and 50th at the high school state tournament last spring, is the only high schooler in the championship flight. Instead of playing with some of his teammates in the regular flight, he wanted an extra challenge and knew he wouldn’t be bothered by the back tees. However, he struggled with his putting throughout the day as the greens were faster and trickier than most of the golfers were anticipating.

How did he keep his spirits high when two- and three-putting holes?

“I couldn’t really keep them up, honestly,” Flynn said while shaking his head. “I was very disappointed in the front because that’s the easier side in my opinion. I felt like I should have putted a lot better, but I didn’t.”

“It’s nice to kind of put a face to the name and kind of see what Lawrence has coming down the pipe,” Rack said. “He’s got some promise, and if he keeps working on his game, he can develop into a pretty good player.”

Rack, a former University of Nebraska golfer who was runner-up by a stroke in the 2012 city tournament, shot a 2-over-par 74, which places him in fourth for today’s final round. Though he’s happy to be near the top of the leaderboard, he’s just content to be competing.

“With a job and kids and everything, I’m not able to get out and play in a lot of competitions,” he said. “I play a handful of events each summer, but this being a weekend tournament and your local hometown tournament, it’s fun to come out and measure yourself with some of the best in the city. Sure beats work.”

The competition among friends is what draws Hutchens in each year. After finishing third in the first round with a 72, he will tee off in the final group today alongside Conrad Roberts, who shot a 68, and William Gantz, who leads with a 66.

“I think just living in Lawrence for so long, you want the competition,” said Hutchens, a former Kansas University golfer. “There’s not very many tournaments that you can have an opportunity to play stroke play and get to see your buddies and actually get to compete against them. That’s actually what’s fun.”

Mike Grosdidier shot a 70 and leads the Senior Championship bracket by a stroke over John Emerson and Ernie Swart. Dennis Gisel is two strokes off Grosdidier, while both Cal Alfred Froberg and Van Reichert are three strokes back.