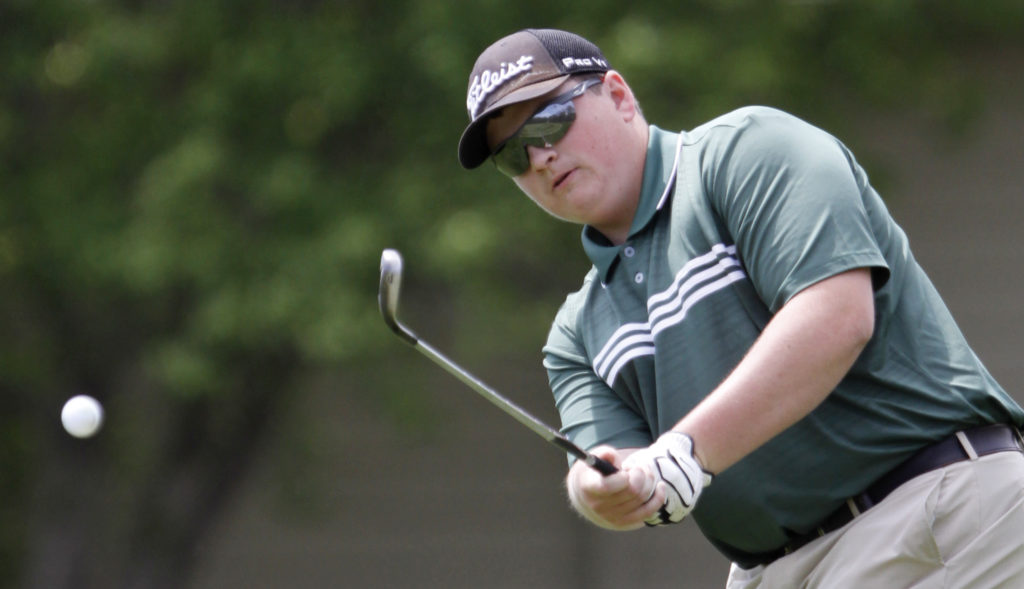 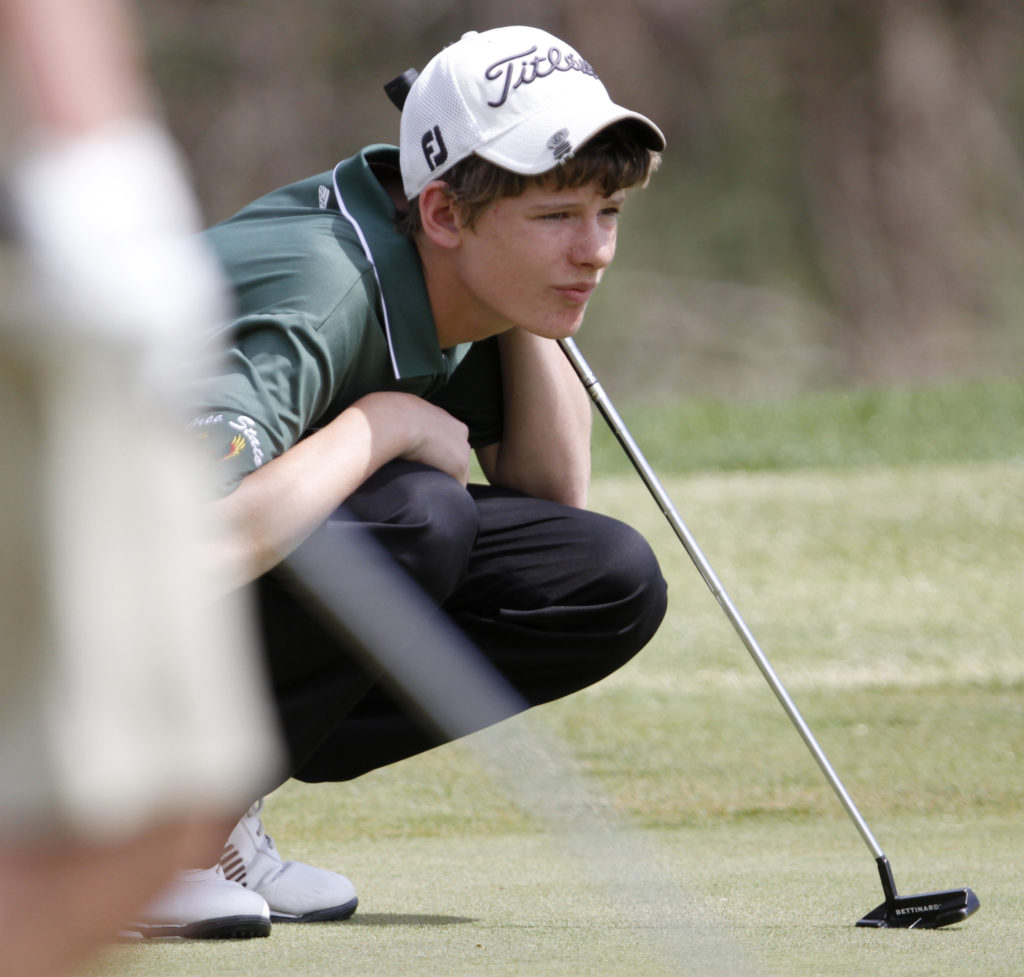 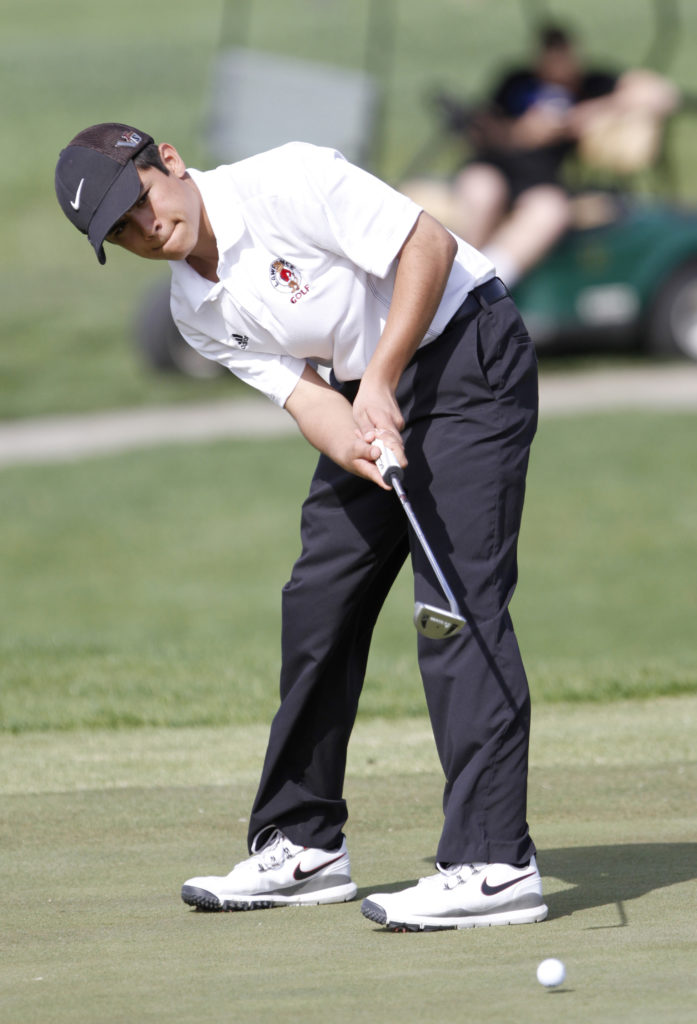 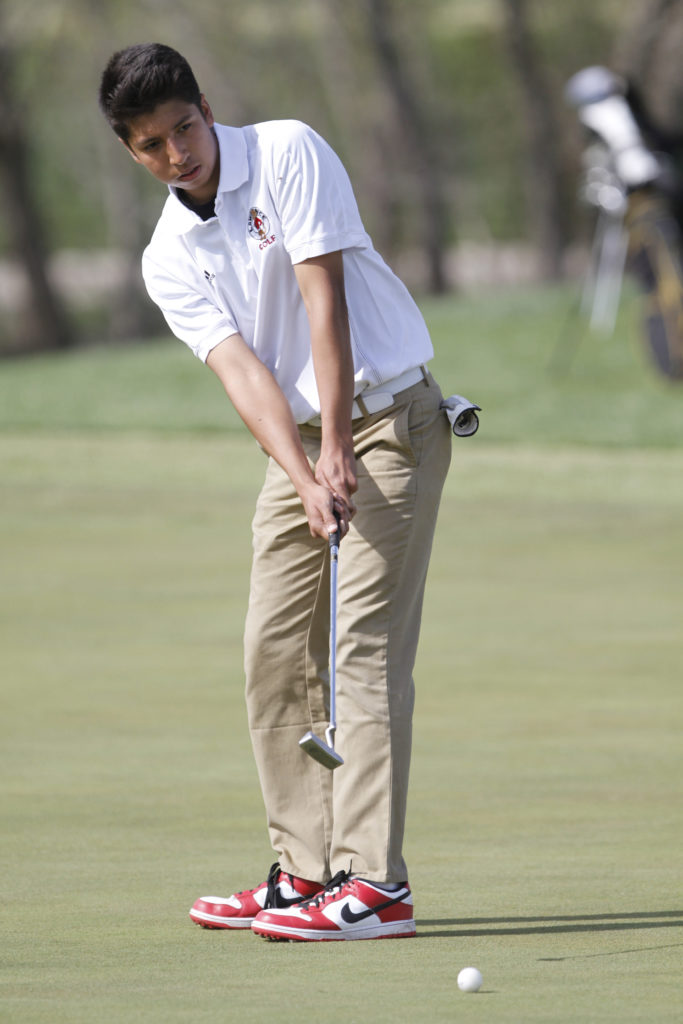 Flynn and Siler finished in a tie for 10th, and teammates Jack Junge and Hunter Dedloff were close behind, carding rounds of 78 and 79, respectively.

“Any time we bring home medals, it’s a good day,” FSHS coach Matt Gudenkauf said. “That’s kind of the way I feel about it. I’m more proud of the fact that we took a team medal.”

With a steady 25 mph wind out of the southeast, Flynn was pleased to put together a consistent round, but he said he felt he still has a lot of room for improvement.

“I thought like I played pretty well, but I should’ve shot better, though,” Flynn said.

Heading into the round, Gudenkauf believed most of the leading scores would be in the low to mid-70s. His prediction held true with the exception of Shawnee Mission East’s Andrew Spencer’s low round of 3-under 69.

“It’s about what I expected with the wind,” Gudenkauf said. “The 69, that’s crazy. I didn’t expect that.”

FSHS will play Monday at Topeka Country Club, which also serves as the location of the Class 6A state tournament.

“It’s a much more difficult course — tighter fairways, a lot of trees, thick rough,” Gudenkauf said. “I don’t think you’ll see that many scores in the 70s out there.”

Lawrence High had a variety of obstacles to overcome Wednesday, but the Lions came together to make head coach Dirk Wedd proud on a difficult day.

Lawrence’s Nos. 1 and 2 golfers, Narito Mendez and Tucker Sutter, had to drop out in the middle of the tournament in order to practice the Lawrence High choral department’s production of “Showtime.”

“I love for our kids to be active in school events, and ‘Showtime’ is a big thing for us and Lawrence High,” Wedd said. “They are a big part of that. Narito has a solo, so that is really cool.”

Freshman Cole Brungardt stepped into the Lions’ top spot and shot a round of 80.

Brungardt was consistent, carding 12 pars, four bogeys and two doubles. One of his two double bogeys came on No. 8, which Flynn and Brungardt said was the toughest hole on the course.

“No. 8 was a par-3, and it seemed like everyone was taking bogey as a good score,” Brungardt said. “Everybody kept hitting it out-of-bounds.”

In the No. 2 position for the Lions was sophomore Braxton Olson. Olson played with a heavy heart after his father died Tuesday night.

Olson’s performance did not go unnoticed by Wedd or Brungardt, as they both admired his courage to play under tough circumstances.

“I thought Braxton played pretty well,” Brungardt said, “especially coming off what he’s had to deal with personally.”

Wedd added, “We wish all the best for him and his family. To shoot 84 in the situation he was put in is amazing.”