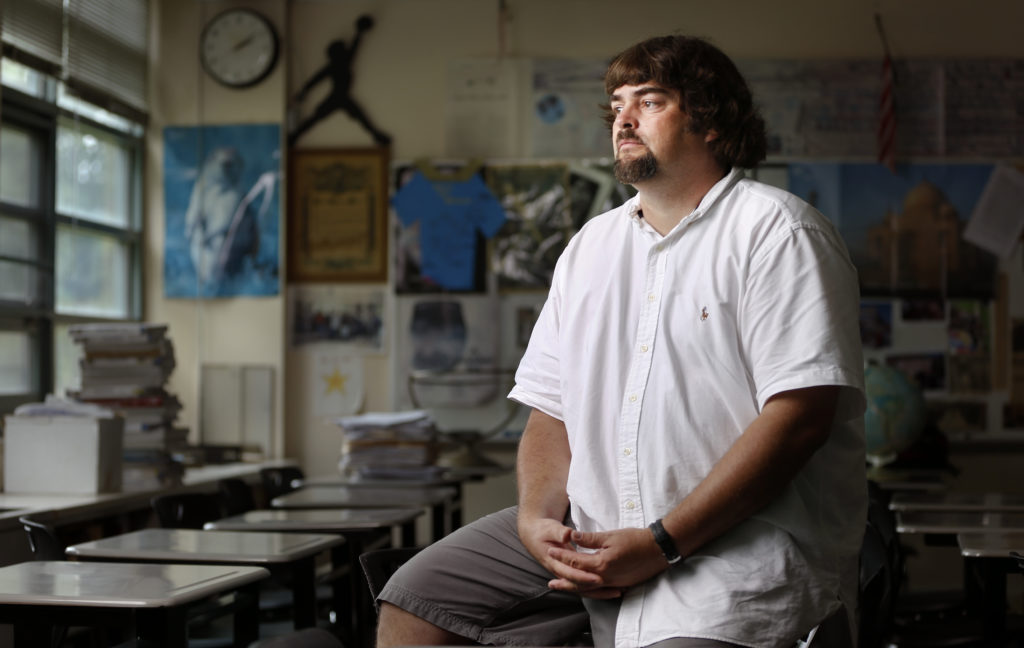 A favorite part of Lawrence high geography teacher David Platt's job is the time he gets to spend taking groups of students on international trips. About two years ago, Platt was hospitalized and severely injured after a head-on collision near St. Louis. After making a recovery, Platt has returned to traveling. He will be leading a group of students on a trip to Beijing next spring break.

Three broken ribs, a collapsed lung, cracked sternum, third-degree burns, a shoulder that needed reconstruction — yet all David Platt could think about was how he was going to make his scheduled trip to Europe a few days later.

Forget that he couldn’t walk or breathe on his own. Platt’s focus was on the rolling hills and majestic coastlines of Scotland and Northern Ireland.

International travel plays a big part in the Lawrence High School teacher’s life. For the past 15-plus years, the gregarious guy with the dark goatee and mop of brown hair has been introducing his students to countries and cultures the world over. The walls of his classroom are covered with pictures of smiling students posing in front of some of the most famous historical sites on the planet. He’s taken them to Africa, China, Egypt — you name it.

But the only thing that prevented him from making a trip was when a car hopped a median on the interstate near St. Louis and hit his vehicle head on, nearly taking his life. He was on his way to Pennsylvania, to hike the Appalachian Trail with a former student, Corey Roelofs, who, like many of his fellow LHS grads, was introduced by Platt to a lifelong love of travel.

For all the seemingly “dangerous” places the social-studies teacher has traveled to in his life, the only country he almost died in was his own.

A life of travel

Platt started at Lawrence High School in the mid-1990s, landing a job soon after graduating from Kansas University.

“I’ve been in love with world geography ever since my parents got me a subscription of National Geographic when I was in second grade,” said Platt, 47.

In 1995, he decided to tag along on a student trip to the Mediterranean Sea with his uncle, a high-school teacher in Colorado. Only two LHS students signed up. Two years later, Platt became the first at the school to take a group of students to Africa. He would return to the continent with members of the LHS geography club nearly a dozen times.

“The students got to see people living at a sustenance level but still having happiness, tradition, family, culture — things they might not associate with a lack of material goods,” Platt said. “It made them appreciate their traditions and their families back here as well.”

Platt, a multiple-time LHS teacher of the year, takes students on trips around the world a few times a year, generally during spring break and again in the summer, going to such places as Australia, Ecuador and Paris. 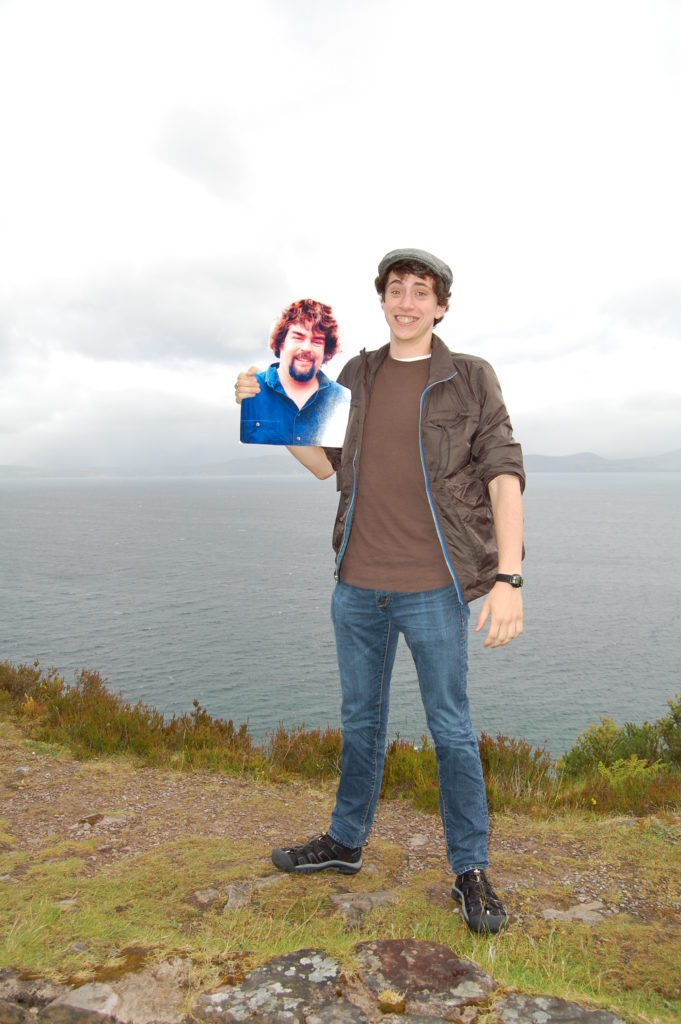 When Lawrence High School teacher David Platt was critically injured in a car accident before a student trip to Europe two years ago, the kids brought a cardboard cutout of him to pose for pictures with.

But it was his May 2011 trip to Pennsylvania that was almost his last.

Roelofs was driving Platt’s Honda Civic on Interstate 70 east of St. Louis when a car driven by a 16-year-old cross the median, went under the guard cables and struck them head on. The collision slammed the men’s insides, trapping Platt in the passenger side. Roelofs, a nurse by trade, immediately determined that Platt, who couldn’t move or talk, was still breathing; he then broke out of the car and tried CPR on the teenage driver, but had died on impact. Platt was airlifted to a St. Louis hospital.

While he didn’t walk or breath on his own for days, he never doubted he would be in western Europe a few days later. “I wrote the itinerary myself,” he said in his classroom last week, ahead of the start of a new school year. “It was a really, really nice itinerary.”

Roelofs, who suffered internal bleeding and had to have his spleen removed as a result of the accident, remembers his former teacher staggering over to his bed in the intensive care unit, carrying his chest tube like a suitcase.

“He walked over in absolutely no condition to do anything, let alone be out of a hospital bed, guaranteeing us he he was going to be on that trip,” said Roelofs. “He was desperately trying to find a doctor who would say it was safe for him to go.”

“To his credit as a wonderful person, he made the worst patient,” the 30-year-old added, with a laugh. “He kept acting like he wasn’t in pain and there wasn’t anything wrong. I was totally the opposite, I was a baby.”

Platt ended up making it to Europe — in spirit. The students took a life-size cardboard cutout of their teacher — they called it “flat Platt” — that they posed for pictures with during their travels.

After the accident, Platt didn’t get sad or depressed about his situation. He was just determined to recover and return to school — which he did, the following August.

“For anyone who works around kids, the best medicine is to get back in the classroom,” said Angelia Perkins, an LHS photography teacher who has been accompanying Platt on the international excursions since the mid-2000s. “Kids are like healing medicine.”

Police later determined that the driver of the vehicle that hit Platt and Roelofs had likely been texting right before the accident happened. This has spurred the two to become advocates of sorts against texting behind the wheel, living examples of the consequences of distracted driving.

For now, two years after the wreck, Platt is back at full strength. His immediate goal is to help even more kids travel, particularly those who can’t afford it. He and Roelofs recently started a website — www.ExploreLearnTeach.com — where individuals and businesses can sponsor the trips of low-income students.

Nearly dying didn’t stop Platt from traveling the world. So how long does he plan to keep doing it?