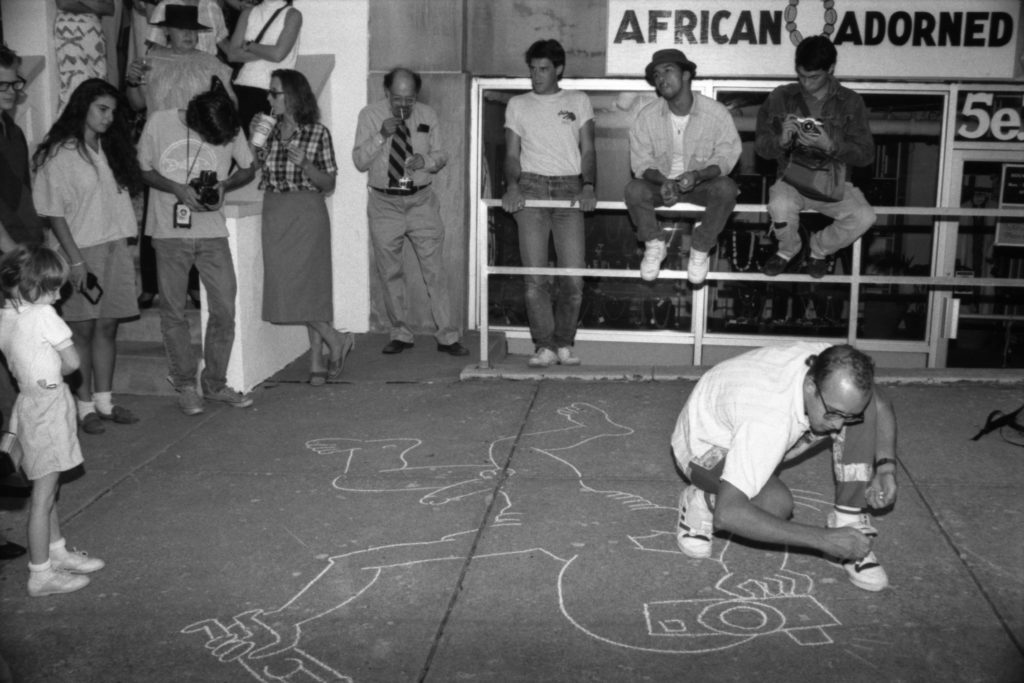 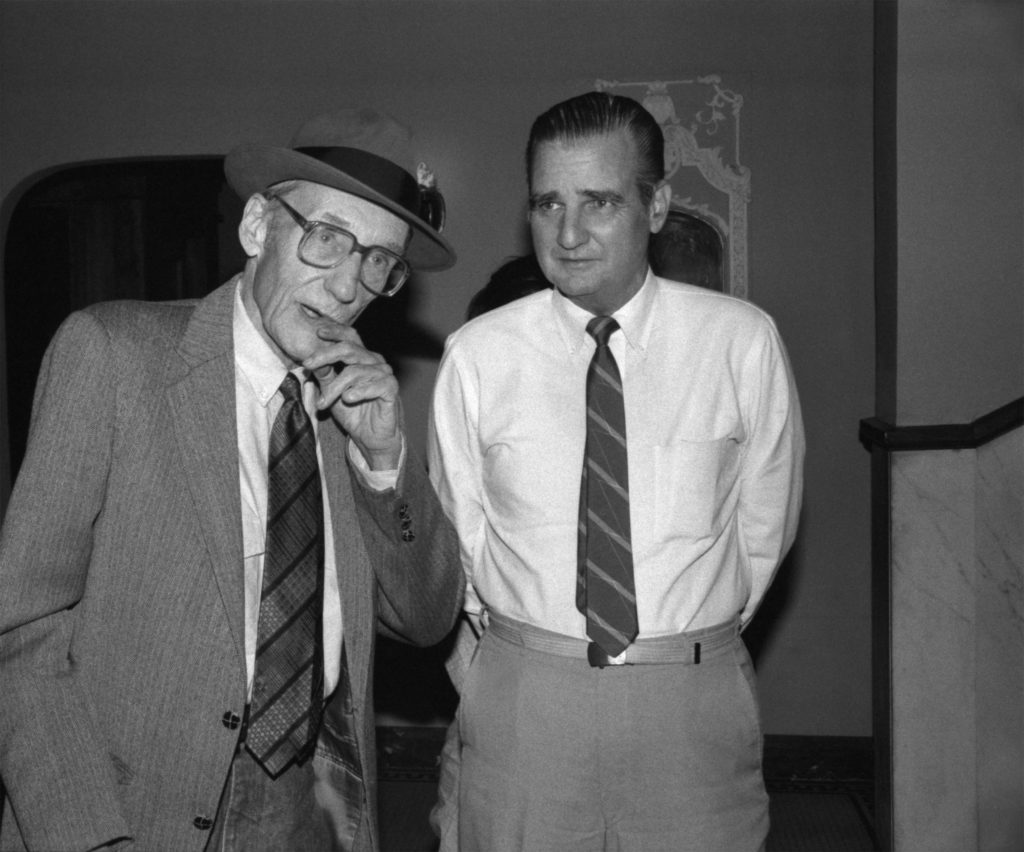 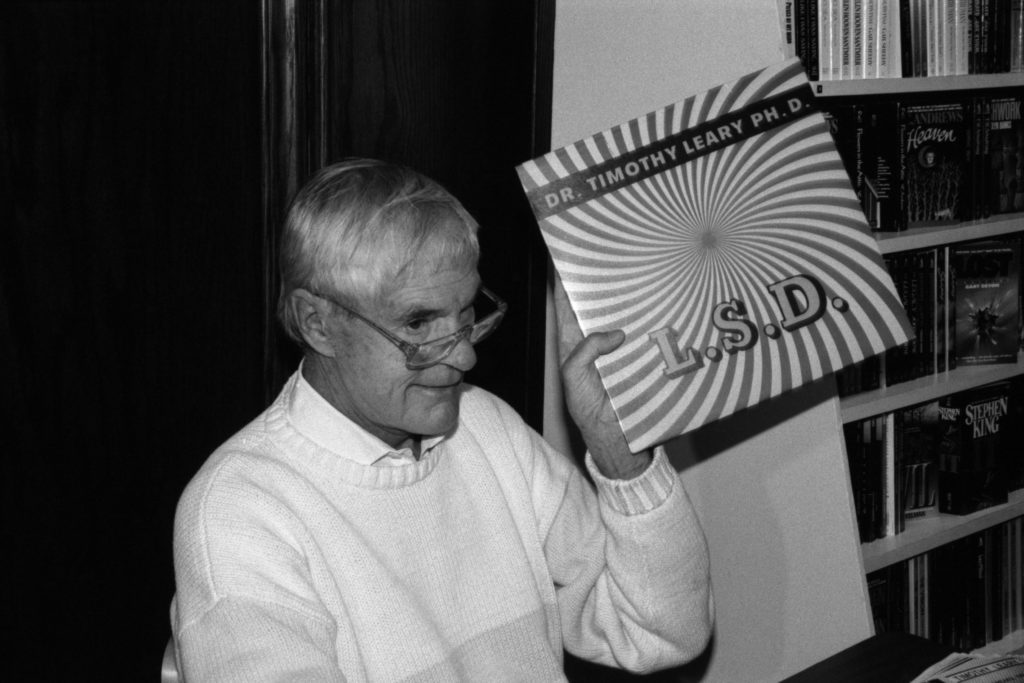 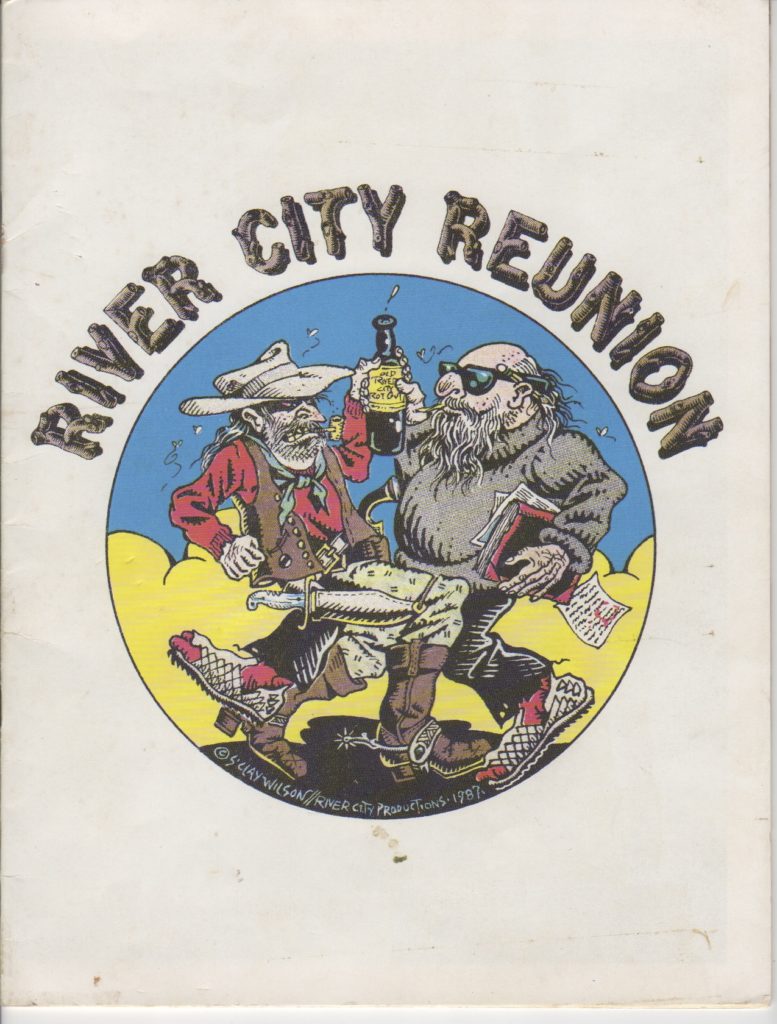 It was September of 1987 when Eric Kirkendall sat in a Lawrence motel hallway talking to Jello Biafra, the lead singer of the Dead Kennedys, about his music career.

“It was an afterparty. The hall was full of people. I remember talking about his band and how it had broken up. That was one of the informal events,” Kirkendall says.

Encounters like this occurred throughout Lawrence during River City Reunion Week, Sept. 7-13, 1987. The reunion was a literary festival of beat generation writers, punk bands and hippies galore. Attendees included William Burroughs, Allen Ginsberg, Timothy Leary, Keith Haring, Jim Carroll and many others who, along with local writers and musicians, read from their works and performed at venues throughout the city.

The event was proclaimed River City Reunion Week by then-mayor Mike Amyx, recognizing “the significant role of Lawrence in the evolution of arts in the Midwest” according to the program for the event.

In the opening page of the program, Kansas University professor George Wedge wrote, “Everywhere you look in this program, you will find an event, a reader, a personality worthy of full attention. No one can catch it all.”

And now it’s possible to catch images from the event — both formal and informal — 25 years later, through Kansas University graduate Rosemary Marchetta’s project “River City Reunion Revisited.” The photography book, which consists of 25 black-and-white images from the literary festival, was funded by a successful Kickstarter drive that ended Wednesday.

Marchetta, who studied visual communications at KU and now lives in Providence, R.I., said the 14 or 15 rolls of film she took from the event have been sitting in a drawer at home.

“It’s a good time to take the photos out of the file and into the public domain. I feel satisfied. I’m happy that this project is actually under way,” Marchetta says.

Artist Wayne Propst, who is seen standing next to journalist and writer George Kimball in one of the photographs in the book, said Burroughs’ personal secretary, James Grauerholz, and poet Ginsberg organized the River City Reunion. The reunion took place in Lawrence not only because it was Burroughs’ residence but also because Ginsberg enjoyed the town, says Propst, a friend of Burroughs.

“If he would have resisted the location, I’m not sure what would have happened. Not only was he one of the big stars, he was a very cranky queen. He liked to come here to argue with William,” Propst says.

In the program from the event, Grauerholz wrote, “Why a River City Reunion? It is self-explanatory: the Reunion aims to bring together many people of differing professions, viewpoints and histories, with the idea that they all have a point of reference to Lawrence, Kansas and the University of Kansas, and that they all have something to offer one another in their fellowship at the close of the 1980s.”

Kirkendall, who donated to the Kickstarter campaign, says he has enjoyed sharing his experience at the River City Reunion through the photo book with his wife, who did not attend the event.

Kirkendall says he read Ginsberg and Burroughs in high school English classes, and his favorite moment of the week was watching Ginsberg read “Howl” at Liberty Hall.

“The opportunity was like getting to hear Robert Frost. I wouldn’t have wanted to go through life without that experience,” Kirkendall says.

“River City Reunion Revisited” and related postcards will be available to buy at Hobbs, 700 Mass., at a later date and at rivercityreunion.com.