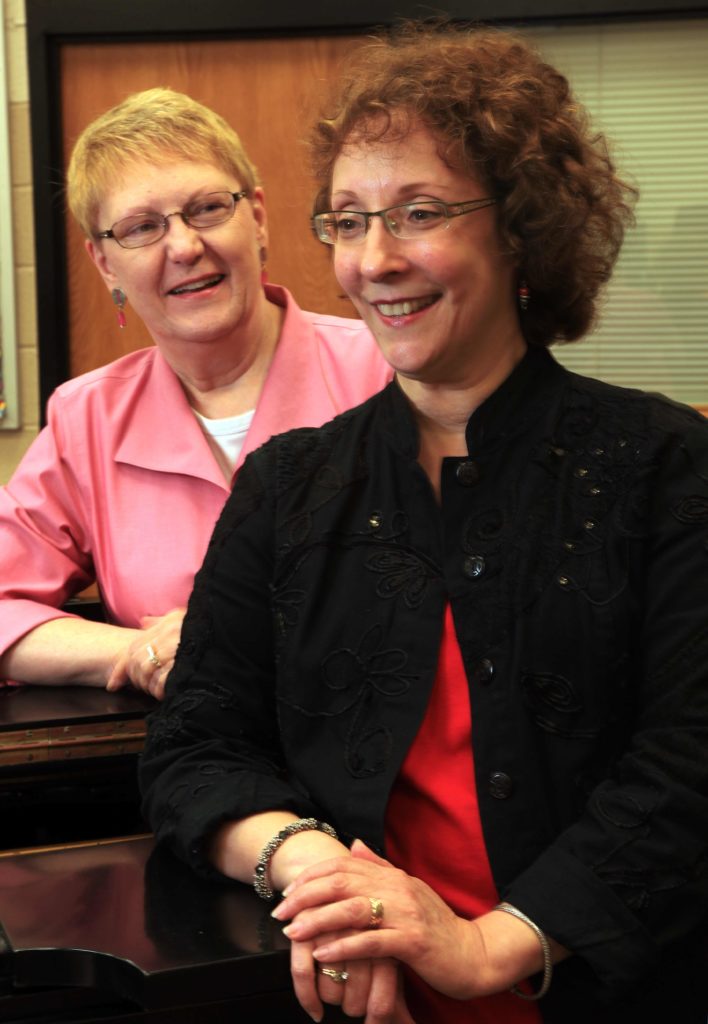 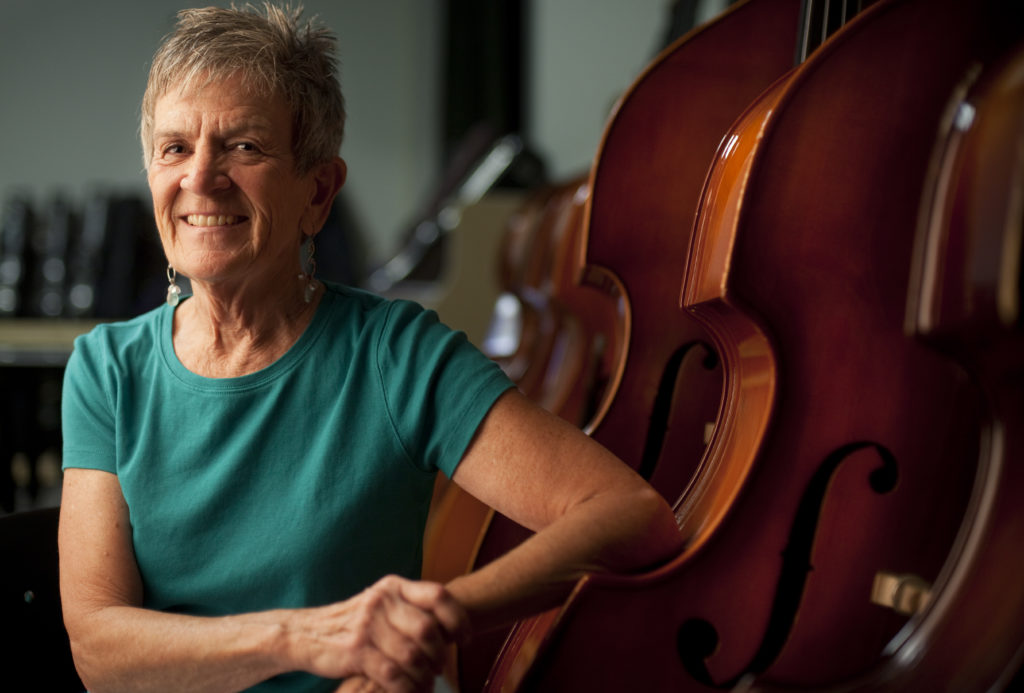 Educator Lynn Basow, who teaches orchestra at Free State High School and Liberty Memorial Central Middle School, is retiring after 23 years with the school district. Basow, who has been at Free State since it opened in 1997, says she has worked at both high schools, all the junior highs and most of the elementary schools at some point or another. 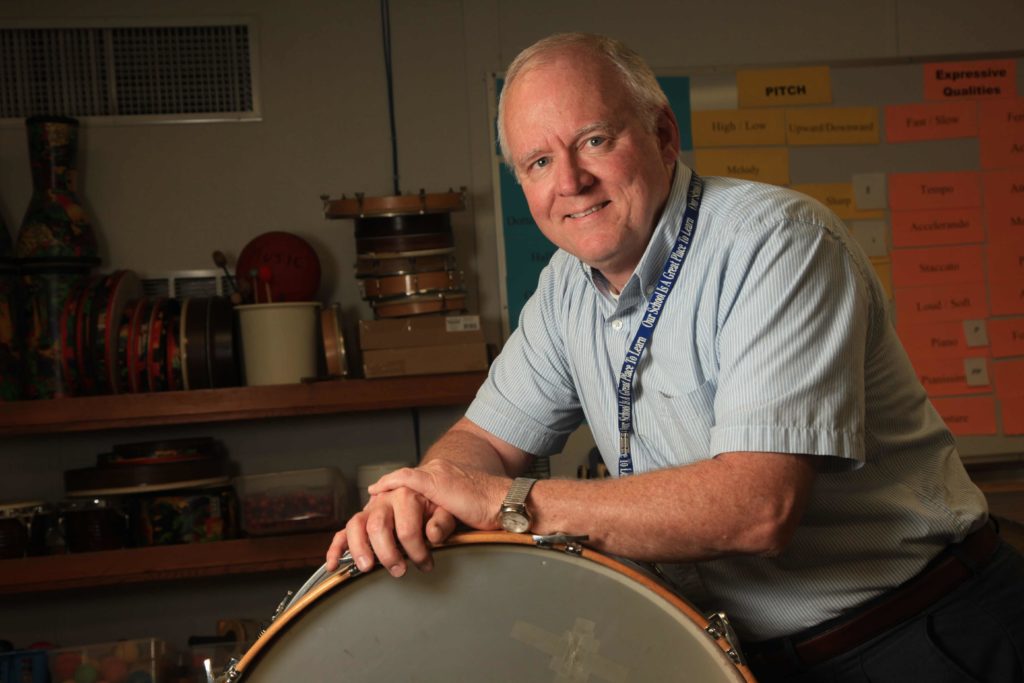 John Bowman, has taught music to elementary school students in Lawrence for 20 years.

Here are receptions planned for Lawrence school district employees who are retiring and leaving the district:

Here are the names of the faculty and staff in the Lawrence school district who are retiring this year:

When Lawrence High School seniors and juniors close their recognition concert with the finale to Gilbert and Sullivan’s “The Gondoliers,” it will be a notable end of another sort for the school.

The musical number is the last one for Cathy Crispino, the woman who has directed choirs at LHS for 15 years, and Rogene Anderson, who has accompanied those choirs for the past 23 years. The two are retiring at the end of the year.

Anderson, who went into partial retirement six years ago, was a little teary eyed when talking about the end of a great partnership.

“Cathy has been my daughter, my sister, my confidant, my friend and probably my mother sometimes,” Anderson said. “She’s a very important person to me.”

Together the two are the heart of Showtime, a community-loved event in which 135 high school seniors and juniors mesh choir with pop music.

The secret behind Showtime’s longtime success is Anderson and her organizational skills, Crispino said.

“Rogene makes us all look good,” Crispino said. “She puts in long hard hours doing really tedious work to make something look creative and beautiful in the end. I don’t think anyone has a better support person behind them.”

Crispino and Anderson aren’t the only music teachers in the Lawrence school district whose final curtain call will be this year. Lynn Basow, conductor of the Free State High School orchestra, will put down her baton after 23 years in the district. And John Bowman, an elementary school music teacher, has already stood before his last grade school audience.

“I knew when Cathy was going to retire and I said to myself, ‘I’ll stay until then and see how I feel about things then,'” Anderson said. “But I’m going to do it for real this time.”

In their years together, Crispino and Anderson have had concerts at the Cathedral Basilica of Saint Louis and watched former students go on to become professional singers.

But Showtime remains the annual highlight for the two musicians.

The performances, which draw thousands of people every year, include lots of costumes and choreography with the help of Barbara Wasson. The songs range from today’s most popular iTunes downloads to those the students’ grandparents would have sung along to on “American Bandstand.” After every Showtime performance, Crispino said she hears that the show was the “best one yet.”

Still, there are some favorites. Anderson recalled a rendition of Outkast’s “Hey Ya!” from several years back.

“It was fun, a real high-energy group of kids. It brought the house down every night,” Anderson said.

While fun, the show also demands much from the students. They select the songs, put together the ensembles and create their costumes.

“There is a lot that is learned in Showtime. Some of it is music,” Anderson has said for years.

As the two approach their last days at LHS, their biggest wish is to have built a musical tradition that will last for years to come.

“Just continuing to carry it on is one of the best compliments a teacher can have,” Anderson said.

Lynn Basow has played the piano and violin her whole life. But in a few weeks, she will be able do something she hasn’t done in years.

“I’m looking forward to playing those at my leisure, whenever I want to,” Basow said.

After 23 years of teaching string instruments in Lawrence, a position that has sent her to nearly every school in the district, Basow is retiring.

“I’m not going on to another career. I thoroughly enjoyed this career,” she said.

Basow grew up among a family of educators and musicians.

“By default I went into music education and I never regretted it,” she said.

When Basow arrived in Lawrence, she began her career as the assistant orchestra director at LHS and then moved over to Free State when the school opened in 1997.

In the first full year of classes at Free State, Basow said the orchestra had no more than two dozen students. Today it has about 80.

Along with conducting the Free State orchestra, Basow taught elementary and middle school students how to play string instruments. She also has led the Lawrence Youth Symphony for more than 20 years.

“The quantity and quality of players, the number of students participating in the fine arts has just mushroomed,” she said. “There is a tremendous amount of support for fine arts in our community.”

For Basow, the highlight of the year comes in February during the concerto concert when students perform solos that are accompanied by the orchestra.

“To watch peers doing the best they possibly can do to accompany them is just really special to watch, and it is very difficult to do,” Basow said.

Another high note in Basow’s career are the trips she would take every three years with her students. Under Basow, the orchestra has traveled to Chicago, Los Angeles and Washington, D.C., and performed in festivals and at other schools.

“I’ve had some wonderful experiences,” she said.

Basow will conduct her final performance Thursday at Free State for the senior recognition concert.

Listed on the white board in John Bowman’s classroom are the “Rules Blues.” Before every class, Bowman will play a piano riff, and one student is selected to lead the class as they sing the rules.

It’s just one of the many songs that Bowman hopes his students will remember later in life. And, often they do.

“When I do a music program, I want to give kids music they will take with them their whole lives, not just a show,” Bowman said.

He has them singing the nation’s great patriotic songs, jazz numbers and one he wrote about the states and their capitals.

“Every time I do (capital blues), I invite up all the siblings to sing along,” Bowman said. “They remember the words. It stuck with them.”

One look around Bowman’s classroom and it’s clear that he teaches the children to do more than sing. There are drums, xylophones and recorders.

Bowman was a drum major at LHS and played the trumpet in Kansas University’s marching band.

Before becoming an elementary music teacher in Lawrence, Bowman was a band director at several schools in Seneca, Paola, Chanute and Perry.

“I had some success, but it just wasn’t what I wanted to do for the rest of my life,” Bowman said.

Twenty years ago, he took a job as an elementary school music teacher in Lawrence.

Over the past two decades, Bowman has taught at more than half of the elementary school in the district, some of which have closed. For 11 years, his home base has been Hillcrest, but he has taught several classes at other schools throughout the district.

At the end of the school year, Bowman will go on to a second career working at Warren-McElwain Mortuary and Cremation Services. While the mood will be a bit more somber than Bowman’s classroom, he noted some familiar elements.

“It may seem like a major shift. But it really isn’t. I help kids here, and there I help people through very difficult times in their lives.”