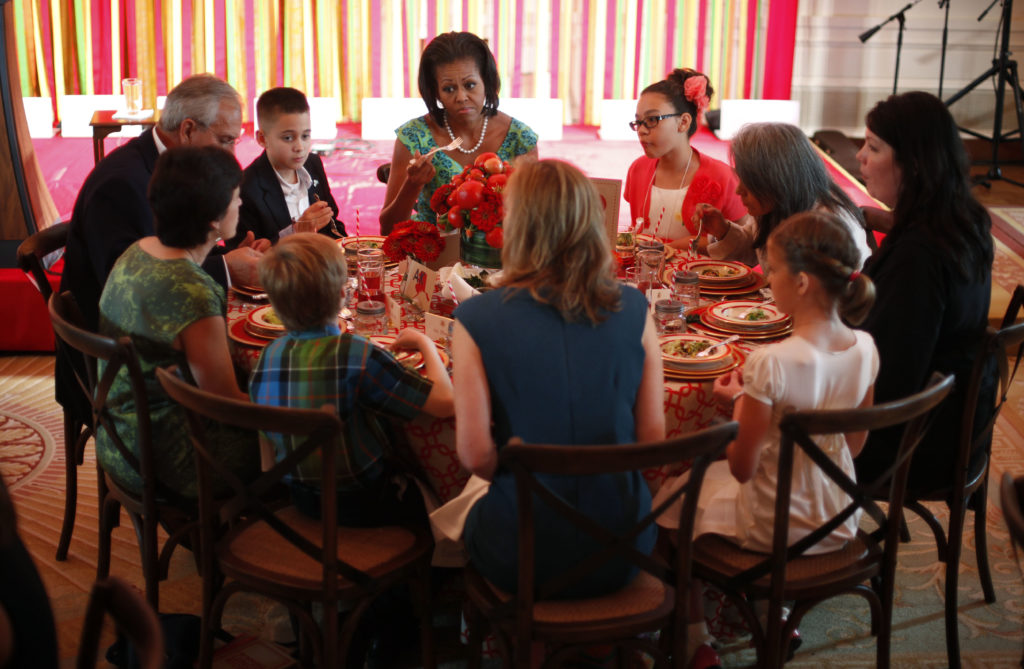 First lady Michelle Obama sits with Michael Prados, left, from Louisiana, and Ilianna Gonzales-Evans, right, from Washington, and others, during the first Kids’ State 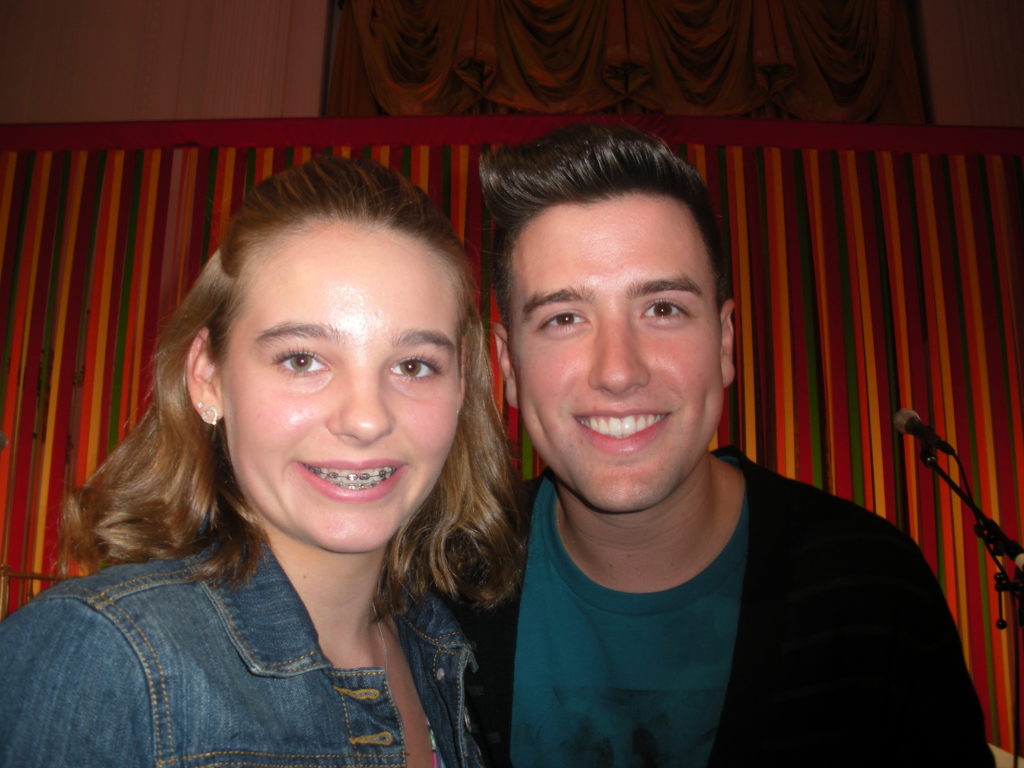 Rori Coyne of Shawnee generally eats her Yummy Cabbage Sloppy Joes — her favorite food — on a bun, or sometimes cold with a fork.

But recently the Westridge Middle School seventh-grader got to enjoy the recipe she crafted about eight months ago on bread with gold silverware at a formal lunch at the White House.

And one of her lunch companions? First lady Michelle Obama.

Rori was one of 54 kids ages 8 to 12 to win the Healthy Lunchtime Challenge sponsored by Epicurious.com in partnership with Michelle Obama’s Let’s Move! campaign and the U.S. departments of health and agriculture. Parents submitted an original, healthy recipe created by their child, and winners from each state, as well as territories such as Puerto Rico and the Virgin Islands, were chosen. Their reward was inclusion in the Healthy Lunchtime Challenge Cookbook and a free trip with one parent to Washington, D.C., to attend a Kids’ State Dinner on Monday at the White House. 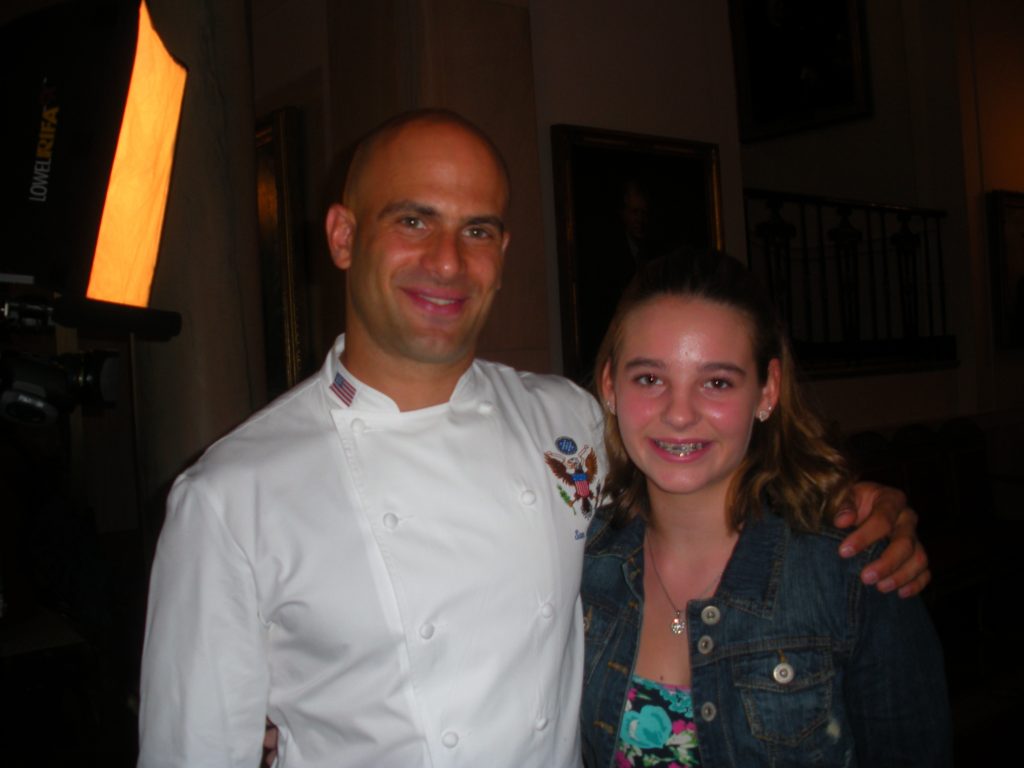 “And then the president walks in and then he did a speech … and it was really cool,” Rori said of the event’s surprise guest, adding she shook President Barack Obama’s hand. “It was my right hand. See?! This one right here.”

As she and her mother, Mary Wolarik, waited to get into the event, held in the East Room of the White House, Rori got another surprise: White House assistant chef Sam Kass told Rori that her recipe was one of six chosen to be served at the lunch. She and her mother also got to meet Michelle Obama and take a photo with her.

“She gave us a hug and then asked what my recipe was,” Rori said. “And then I told her and she said, ‘I can’t wait to try it.'” 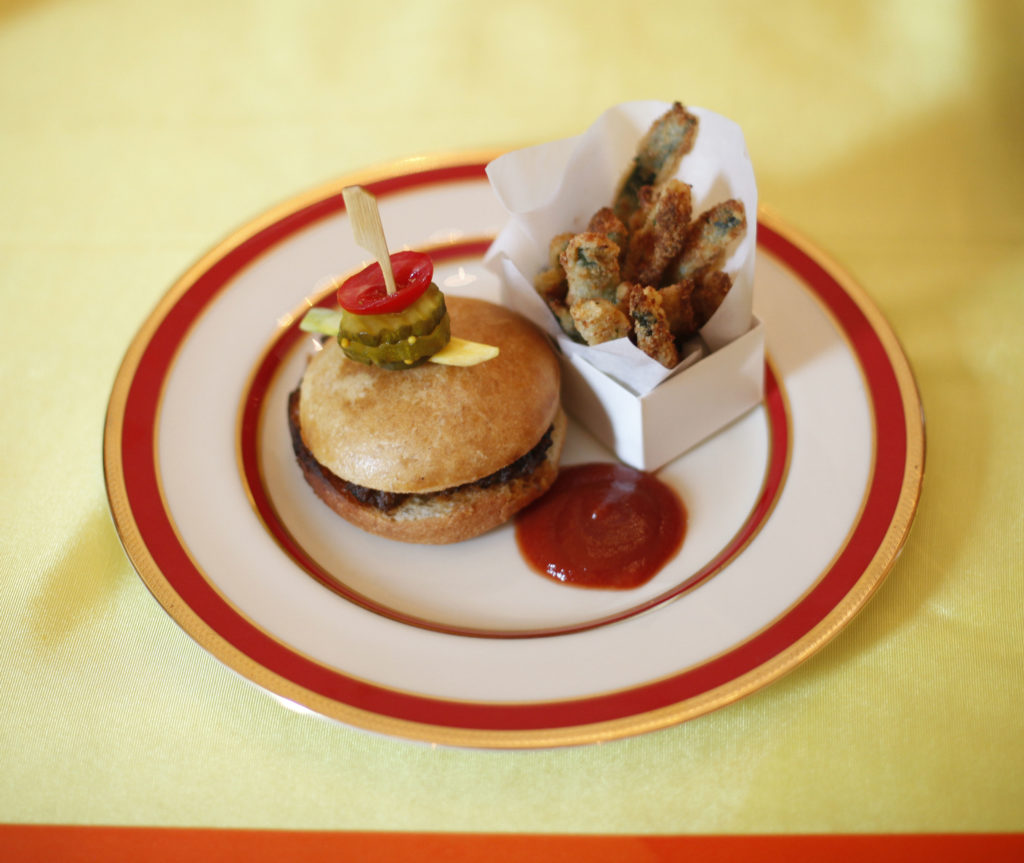 Girl’s recipe leads to lunch — and a few surprises — at White HouseRori “was freaking out” later during the lunch when she received another hug from Logan Henderson, member of Big Time Rush. The band, a supporter of Let’s Move! and one of Rori’s favorites, performed during the lunch.

“I almost peed my pants I was so excited,” she said.

With her mother’s help, Rori came up with her recipe one evening when trying to find something to make for dinner. Having a registered dietitian for a mother — Wolarik is president-elect of the Kansas Diatetic Association — Rori said she’s always eaten healthy foods and has loved cooking and baking since she was a toddler.

Her initial inspiration for the recipe was the ample amount of leftover cabbage in the refrigerator, Rori said. But the fact that the end result was sloppy Joes isn’t too far a stretch of the imagination where Rori is concerned, Wolarik said.

“This is a child that adores a sloppy Joe,” she said.

Wolarik initially didn’t tell her daughter she’d submitted the recipe in May. And Rori was on vacation with a friend when Wolarik was notified this summer that Rori’s recipe had been chosen.

“I looked at my phone and there was like 20 calls from my mom and a bunch of texts and it was really annoying because she kept calling me every second,” Rori said.

She thought her mother simply wanted to check up on her.

“I was like freaking out and rolling on the ground and stuff,” Rori said of her reaction after she talked with her mother. “I don’t think I screamed, but I was being really loud.”

Rori’s recipe will be served for lunch next Monday at Westridge, where guests will include district administrators and board members.