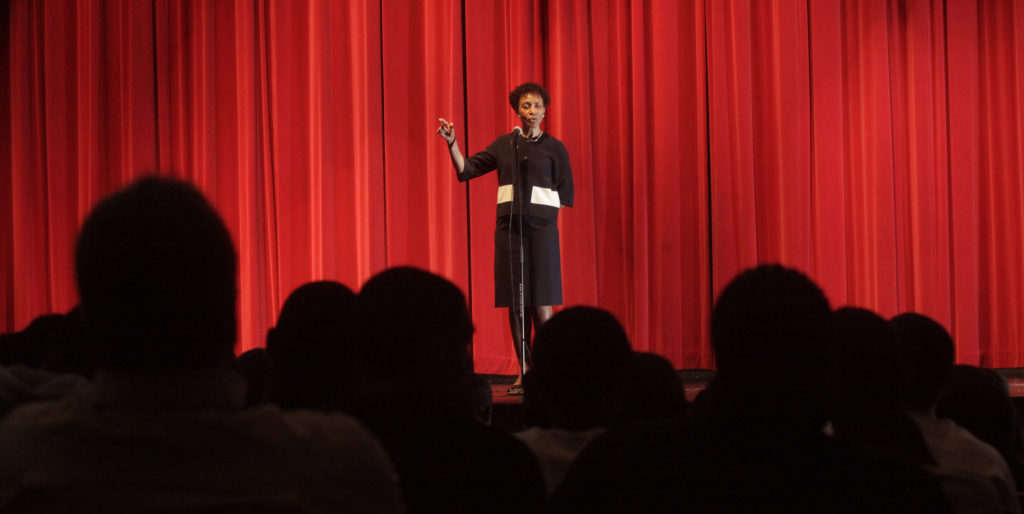 Kansas University Chancellor Bernadette Gray-Little was at Lawrence High School Thursday, May 5, 2011, talking to students participating in the Can 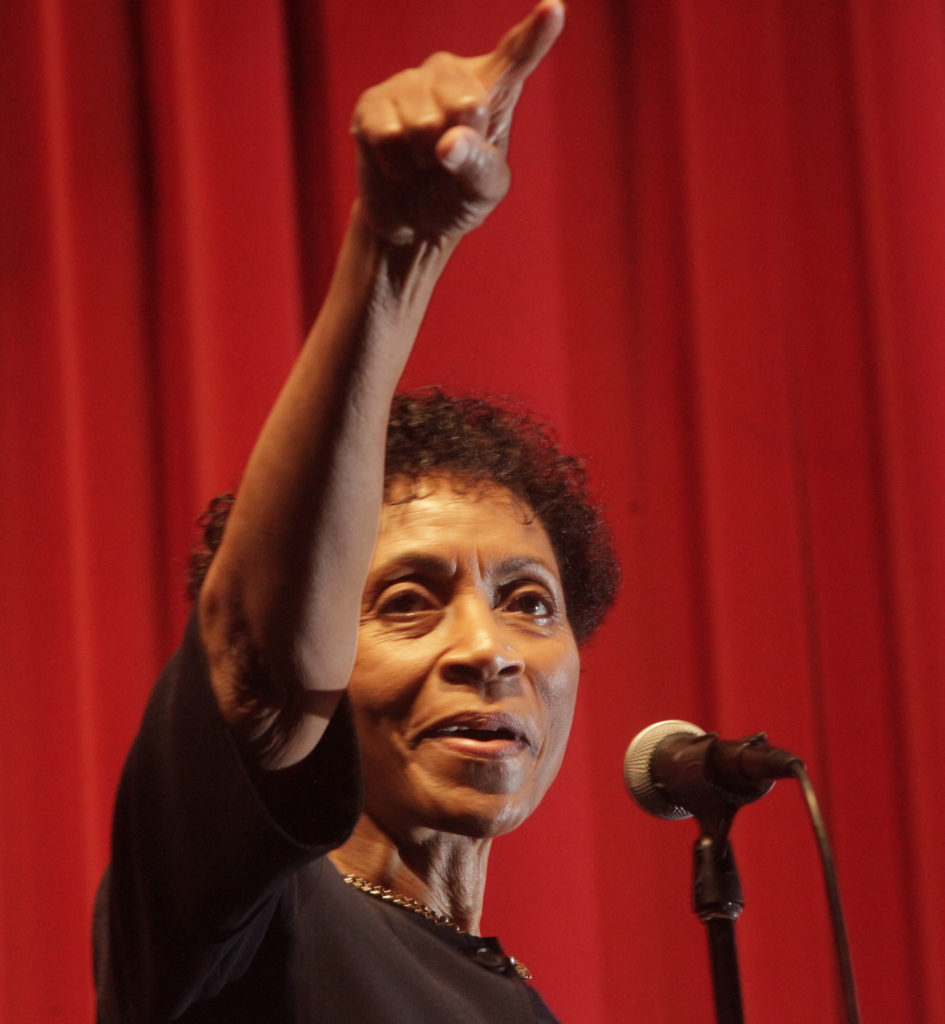 Kansas University Chancellor Bernadette Gray-Little talked Thursday about her experiences growing up under segregation, and becoming the first female and first black faculty member in her department at a university that she was ineligible to attend as a student coming out of high school.

“Unless you have direct experience with it, it would be hard to appreciate the way things were,” she said of growing up in the South in the 1950s.

She shared her story with Lawrence high school and junior high students who are in the Can We Talk? program, which was originally designed for young black men and focuses on building relationships and helping students achieve their full potential. It has since expanded to include black women and students from other races.

Gray-Little’s family was not well off financially, she said. Her mother and father both worked. They never went hungry, but she remembered her family having to think about how they would find their next meal.

She was one of eight children in her family in the small, segregated town of Washington, N.C. Her mother also raised two other children: one cousin and one grandchild.

Gray-Little attended segregated schools. She remembers buildings where blacks had to enter by walking up the fire escape instead of going through the front door.

“It was understood that the way to leave that setting was through education,” she said, adding that her mother frequently aided and encouraged her to do well.

So she — and many of her siblings — went on to obtain advanced degrees. Gray-Little settled on a doctorate in psychology. She went from a bachelor’s degree to her Ph.D. in just four years and became an assistant professor of psychology at the University of North-Carolina at Chapel Hill at the age of 25.

There, she became department chair, a dean, then provost before being recruited to become the chancellor at KU.

Willie Amison, a former KU football player and a former LHS assistant principal, is the executive director of the Can We Talk? program. He said that Gray-Little served as an excellent role model for students.

“Everybody has a different path in getting there,” Amison said. “It’s ‘go after it’ and ‘go get it.'”

Students said the chancellor’s story resonated with them.

“It was interesting,” said Henry Fritzel, a Free State High School student. “It definitely motivated me to do more, to try to accomplish everything.”

When Kansas University Chancellor Bernadette Gray-Little visited Lawrence High School on Thursday, students and teachers asked her a variety of questions touching on everything from athletics and free food to how she paid for her own education.

When she became one of the first black professors at the University of North Carolina-Chapel Hill — and the first in the psychology department — Gray-Little was treated well by faculty and staff. If anything, they asked her to do too much, in the interest of creating a more diverse environment.

She recalled a couple of instances when she found racial slurs written on her chalkboard, and heard them occasionally.

“It certainly wasn’t the students in my class,” she said. “To my face, anyway.”

The chancellor offered tidbits of advice for the young students to get ahead in life.

Be ready, be prepared, she told them, for when the opportunity presents itself.

“You need to be sure of what you’re doing and not let other people put that down,” she said.

If you need money for school, she said, complete the federal form that qualifies you for federal aid. And look outside the institution for scholarships.

“Be on it. Be active,” she said. “Look for resources that you can use.”

Does the chancellor have to pay for her own food on campus? Yes, she said, when she walks down to the cafeteria at Wescoe Hall, she has to pay for her soup and sandwich like everyone else.

But, she pointed out, she does occasionally get to enjoy free food at receptions where everyone gets to partake in a free meal.

“I go to enough dinners and other things like that,” she said.

And she does, as another student asked, get free basketball and football tickets.

“I’m working, right?” she said, with a wry smile, after giving a fist pump when the audience reacted to that bit of information. “When I go to the game, I’m working.”

Other jobs she’s had

Gray-Little recalled that her very first job was in the first grade, when she was in charge of making sure a classmate — who had a penchant for wandering off — made it home.

In college, she worked as a telephone operator in the summers, before that she had been a live-in maid and did work in her university’s psychology department, she said.

Her parents weren’t able to contribute to her college education, so she had to pay for it with loans, scholarships and by working, she said.