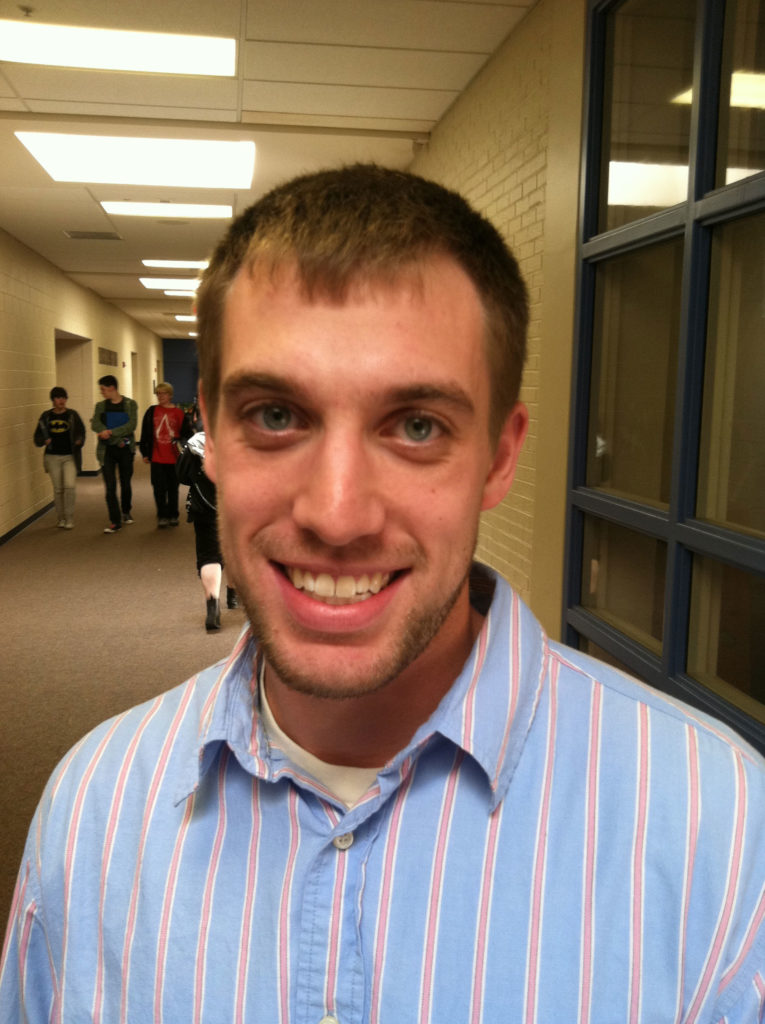 Andrew Bissonnette, a student teacher at West Junior High School. He is a senior at Kansas University.

Back on that terrible day in September 2001, things sure were different for the students in Matt Frost’s civics class: The twin towers were coming down, black smoke billowed from the Pentagon, and a plane had crashed in the Pennsylvania countryside.

“I remember my parents freaking out — they had friends up there,” Megan Robinson said. “They’d left earlier in the day on a plane.”

Eliza Gant: “I remember: No one showed up for Girl Scouts.” 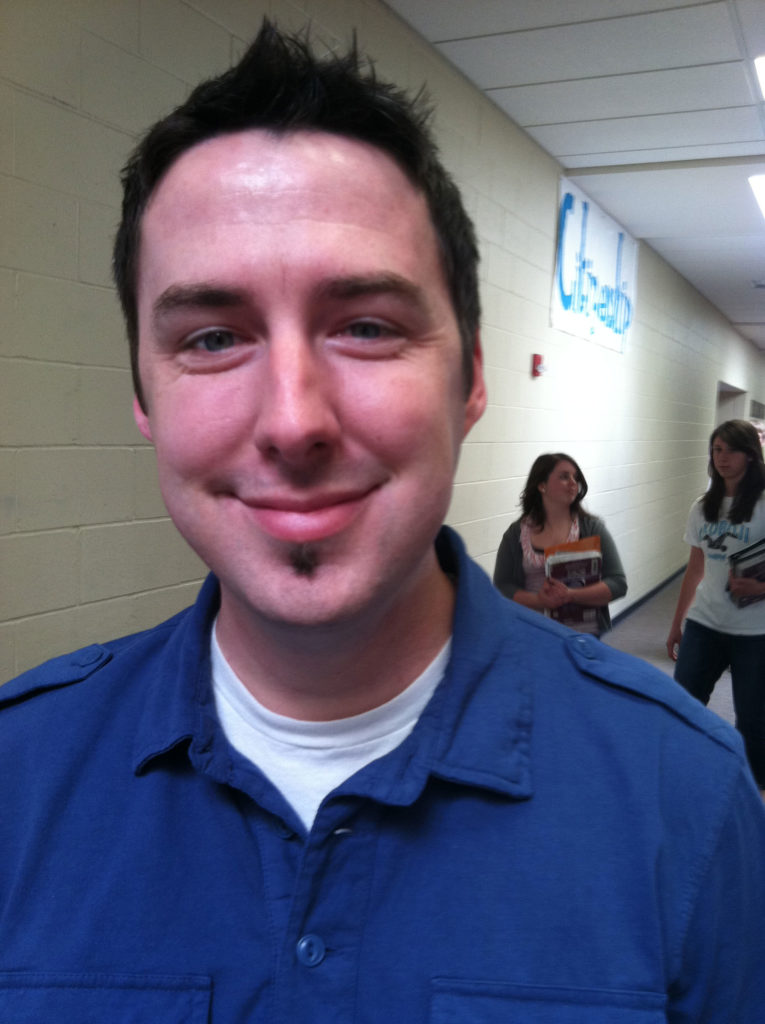 This time around — as President Barack Obama would announce that U.S. forces had tracked, located and killed Osama bin Laden, the terrorist mastermind behind the 9/11 attacks — kids in Frost’s class at West Junior High School had been doing what ninth-graders do: following friends on Twitter, texting with buddies, watching “Celebrity Apprentice” on TV.

Just how much had changed — both for the coming days and the years ahead — made for some interesting discussion Monday afternoon in Frost’s class, where comparative politics and national governance had been the focus of recent sessions.

“It never stops,” said Conlan Murphy, cautioning against complacency with al-Qaida from his desk in the front row. “The IRA didn’t stop just because they were against the British Army.

But Nicole Humphrey, a Free State High School student visiting the class, said that her AP U.S. History course had concluded that while terrorists led by bin Laden would become even more angry with the United States, the organization’s ability to respond would diminish.

“The chances of carrying out those threats is highly unlikely,” she said, recounting her own class’ consensus.

Leading the discussion was Andrew Bissonnette, a 23-year-old student teacher who had been in a high school French class when the 9/11 attacks occurred. Now, as a Kansas University senior, he listened intently as Frost’s students discussed their feelings, recalled their impressions and looked into the future.

They may not have all the answers, he realized, but the learning process continued in Room C5.

“Whether we know it or not,” Bissonnette told the class, “we’re all affected by this.”