No NM charges in case of body parts sent to Kansas 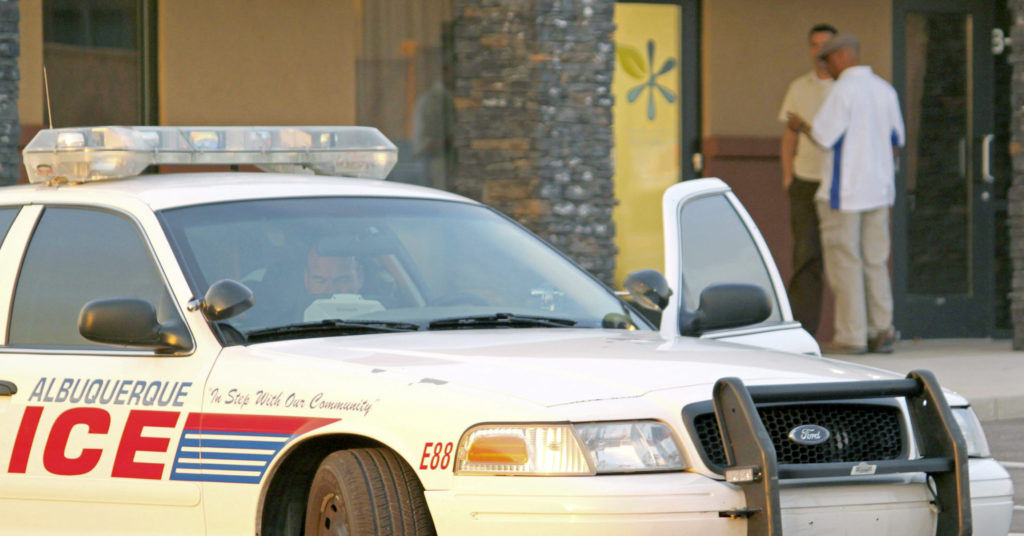 A police officer blocks the entrance to Bio Care Southwest in Albuquerque, N.M., where police arrested Bio Care owner Paul Montano on three counts of fraud March 31, 2010. Authorities announced Thursday, March 31, 2011, they will not file charges in this investigation that began a year ago with the grisly discovery that an Albuquerque company had sent seven heads, a torso and several limbs to a Kansas medical waste facility.

Albuquerque, N.M. ? New Mexico authorities won’t file criminal charges in a grisly case that began a year ago when seven heads, a torso and several limbs were discovered at a Kansas medical waste facility, a prosecutor’s office said Thursday.

The investigation began in March 2010 when human body parts turned up in red plastic tubs inside a delivery truck at the Kansas City, Kan., medical waste company Stericycle Inc. The tubs were traced back to Bio Care, where investigators found more body parts and bodies — some in a walk-in freezer that wasn’t working.

After Bio Care took organs from donated bodies, it was supposed to cremate the remains and give the ashes to the families. But when authorities discovered some body parts came from people whose cremated remains had supposedly been returned to their families, Albuquerque police arrested Montano on three counts of fraud. The charges were dropped in June pending the outcome of the investigation.

“Ultimately, we were not able to see any evidence that would support any criminal charges in this case,” said Patrick Davis, a spokesman for the Bernalillo County district attorney’s office.

“The evidence tends to support that he began with a legitimate business deal … that eventually went south,” Davis said.

Montano’s telephone has been disconnected and he could not immediately be reached for comment. The Associated Press left a message Thursday for the attorney who is representing him in a bankruptcy case.

Albuquerque police did not turn up enough evidence to charge Montano with a felony, said police spokeswoman Sgt. Trish Hoffman.

“Everything he was doing was a misdemeanor,” she said. “He had the right to all those bodies.”

The city of Albuquerque plans to file a civil lawsuit to try to recover $10,000 the Police Department spent during the case, said city spokesman Chris Ramirez.

New Mexico medical investigators spent months identifying the bodies and body parts. A painstaking process of reviewing DNA, looking at CT scans and X-rays, poring over dental records and doctor’s reports, studying medical implants and talking with dozens of families who had donated bodies led to the identification of the 133 body parts as belonging to 45 people.

The medical investigators said they received a few complete bodies, but most were fragments. Body parts from Kansas and Albuquerque arrived in various stages of decomposition, with few clues as to their origins.

At least three lawsuits have been filed by families against Bio Care, which along with its owners filed for Chapter 7 bankruptcy protection in August.

Albuquerque attorney Eric Loman, who represents two families who filed one of the lawsuits, said the bankruptcy filing essentially killed the claims against Bio Care.

“As a practical matter, a civil judgment is not collectable against a defunct entity that has filed bankruptcy because it has no assets,” Loman said.