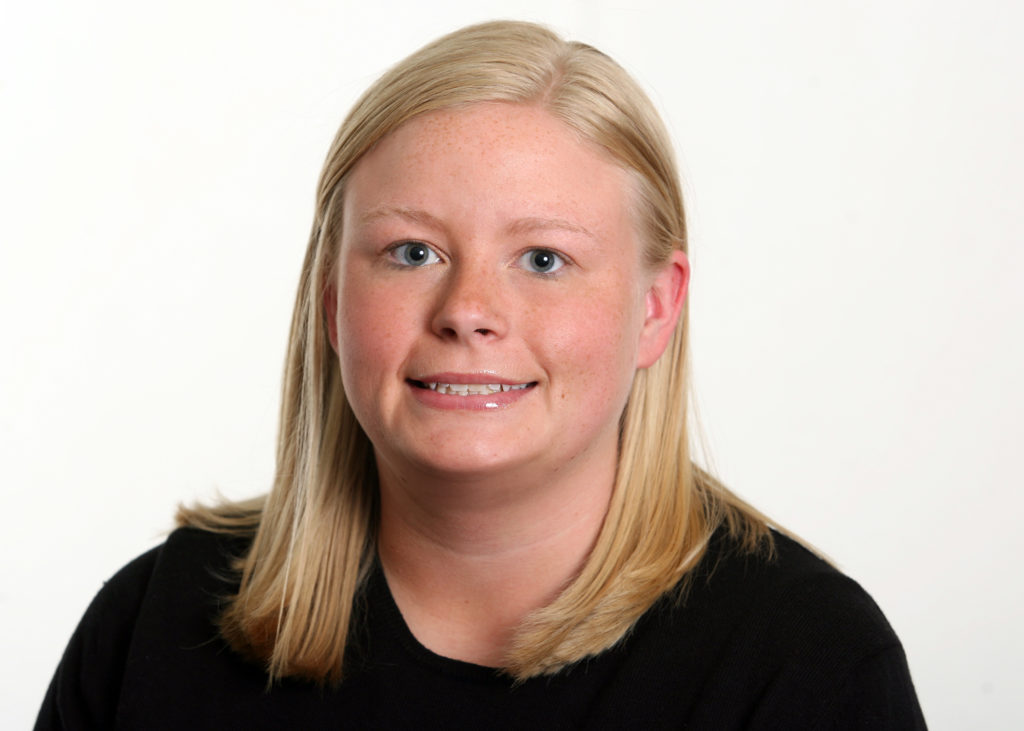 Wichita ? A former manager of the KU ticket office is headed to prison for her role in a $2 million ticket scheme that illegally funneled thousands of tickets for Kansas University basketball and football games to brokers and others.

Kassie Liebsch, 28, was sentenced Wednesday to 37 months in prison, after having pleaded guilty in January to conspiracy to commit wire fraud.

U.S. District Judge Wesley Brown sentenced Liebsch in the same courtroom where she and six of her former colleagues at Kansas Athletics Inc. have admitted their guilt in the scam, which a KU investigation determined had cost the department more than $3 million.

Liebsch tearfully recounted how her participation began with what she had considered to be a boss simply “being generous,” by giving her cash. Then it quickly turned into another payment, and another, and another.

“I never rejected the money,” Liebsch told Brown, reading from prepared notes and interrupted only by her own tears and occasional reassurances from the judge to take her time. “I kept taking the money. I am embarrassed and disappointed in myself that I gave in so easily. …

“I apologize to the university, to all Jayhawks, to my parents and to my friends.”

While Brown accepted her contrition, he rejected her request for probation and ordered that she also be responsible for paying all or part of nearly $1.3 million in restitution to Kansas Athletics. She alone also must pay nearly $80,000 in unpaid taxes to the Internal Revenue Service.

“The sentence … is, to me, appropriate, necessary and is made with the understanding and hope that you can carry it out,” Brown said.

Liebsch had faced a maximum penalty of 20 years in prison and a $250,000 fine, but federal sentencing guidelines had called for a range of 37 months to 46 months. Prosecutors had sought a sentence at the low end of the guidelines.

Liebsch and four former colleagues — Rodney Jones, Ben Kirtland and Charlette and Thomas Blubaugh — also are subject to a joint $2 million monetary judgment, which allows the federal government to purse their finances and other assets to pay restitution. All five have pleaded guilty to conspiracy, and Liebsch is the first to be sentenced.

Two other former co-workers, Jason Jeffries and Brandon Simmons, earlier had pleaded guilty to failing to report the crime to authorities. Brown already has sentenced Jeffries and Simmons to probation.

Jones, former assistant athletics director in charge of the Williams Fund, is scheduled to be sentenced Thursday. He’s the one that Liebsch cited as having given her money to participate in the scam.

Back then, Liebsch was a systems analyst. She’d started work in the department while in college, and had became a full-time employee upon graduation.

The scam lasted for five years, prosecutors say, before unraveling. In early 2010, as federal investigators had been tracking the loss of thousands of missing regular-season tickets, Liebsch had been elevated to run the ticket office.

Then, only after her name was included in a federal indictment released four months ago, did she resign.

On Wednesday, Brown concluded that she’d received $229,271 in proceeds from the larger scheme, one that had prevented thousands of tickets — more than 17,000 for basketball and more than 2,000 for football, according to KU’s investigation — from going to season ticket holders. The tickets instead had been sold to ticket brokers and others for the conspirators’ personal gain.

Liebsch had used some of her “cash proceeds” to buy a 2008 Toyota Camry, prosecutors said, and had placed a “large cash down payment” on a house.

“I used the poorest judgment possible,” Liebsch told the judge, her parents listening from the back row of the gallery. “I loved KU, and I loved KU basketball and I really loved my job.”

Liebsch had requested probation, in part– she said — so she could begin paying restitution. She already has forfeited her car to the government.

She and the four other conspirators — all of whom have pleaded guilty, but have yet to be sentenced — share responsibility for paying the nearly $1.3 million in restitution to Kansas Athletics, Brown ruled.

Jones’ attorney has said that Kirtland, former associate athletics director, already has worked out a separate restitution arrangement with the department, but both Kirtland’s attorney and a Kansas Athletics spokesman have declined to comment.

“When all the sentencing is done, we’ll discuss it,” said Jim Marchiony, an associate athletics director.