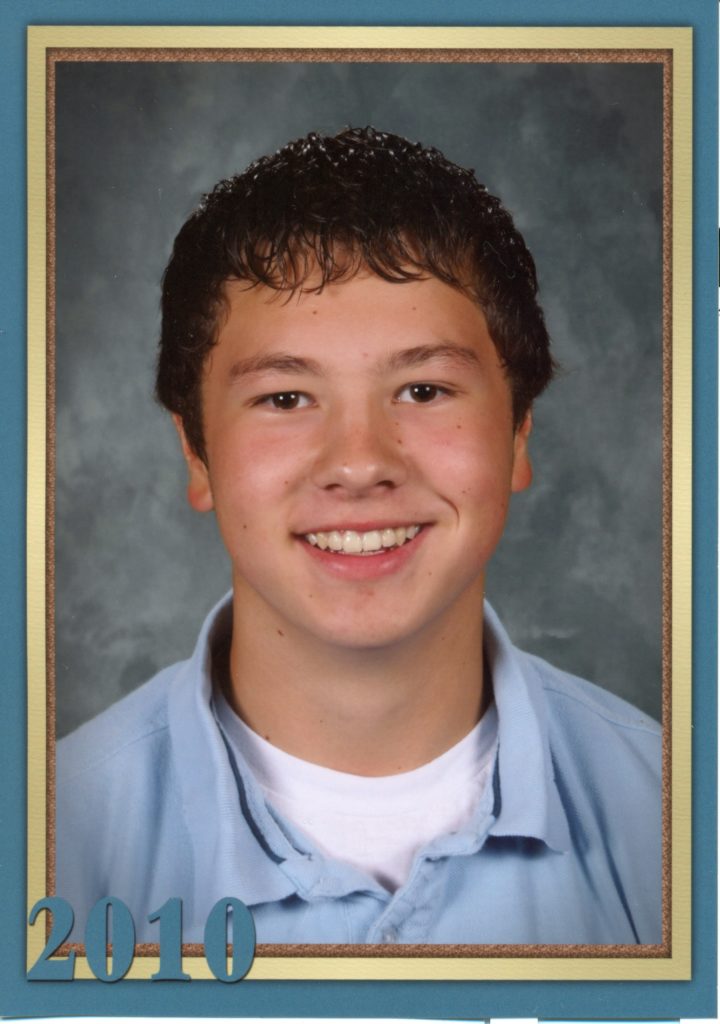 McLouth High School student Justin Johnston, 16, was shot and killed Thursday, June 2, 2011, while on a trip to Costa Rica with the school's Spanish Club.

A group of Lawrence junior high students are scheduled to leave Friday on a trip to Costa Rica, school spokeswoman Julie Boyle said in a statement Thursday night. The trip is not affiliated with the Lawrence school district.

Justin Johnston had a knack for putting a grin on the face of anyone with whom he made contact.

“He was a real cool guy,” said Jeri Holwick, a friend and recent McLouth High graduate. “Even if I was having a bad day or one of my best days of my life, he found a way to make it just a little bit better.”

Many in McLouth were remembering the McLouth High School junior in that way Thursday and finding comfort in each others’ arms.

Johnston, 16, died early Thursday in Costa Rica, the victim of an overnight shooting. He was on a nine-day trip with 12 students and two school district sponsors for a MHS Spanish Club trip to the Central American country, school district Superintendent Steve Splichal said Thursday.

Splichal, who delivered a written statement outside McLouth High School late Thursday afternoon, said he did not have information about the incident because the investigation was ongoing.

The superintendent said students and staff would be returning before their originally planned return date of Tuesday. He did not specify when the students and sponsors would return.

Splichal said counselors were being made available for students and sponsors in Costa Rica, as well as students and school staff in McLouth.

Thursday evening, McLouth residents packed the McLouth United Methodist Church for a prayer vigil that Johnston’s classmates and neighbors organized. The church, just across the street from the high school, was filled to the brim. The capacity of the church, including standing room, is about 350.

The trip to Costa Rica was the first for the Spanish Club and its sponsors. The students on the trip are in Spanish 3 and Spanish 4 classes at the school.

The trip was arranged through EF Educational Tours based in Cambridge, Mass.

No other students were injured.

Parents of students on the trip were receiving information from their children via text messages.

“The safety and security of the students and sponsors is imperative to the school district,” McLouth school leaders said in a press release. “District officials are working with EF Educational Tours to ensure their safety and to make travel arrangements for an early arrival home. EF Educational Tours is taking steps to make counselors available to the students and sponsors. District officials have been in close communication with families who have students on the trip.”

According to a report from the Costa Rican newspaper The Nation, a guard at the hotel where the group was staying shot Johnston. The shooting took place at 4 a.m.

The group was staying at the La Cangreja Lodge hotel in La Fortuna de San Carlos, according to the report, and student chaperones were staying in separate rooms from the young men and women they were accompanying.

“During the night the boys left the rooms they were checked in to and when they returned, apparently, so as not to attract the attention of security guards, they came close to a barbed-wire fence belonging to an adjoining property, but a dog startled them when it began to bark,” according to the newspaper report.

Police stated that the guard shot into the air, which frightened the boys even more, sending them running toward the hotel. The guard, according to the report, was frightened thinking he was being attacked and mistook Johnston for a thief. He shot, fatally wounding Johnston.

It was reported that the weapon, a .22 caliber pistol, was not registered. The security guard, who was identified as a 34-year-old man by the last name of Guevara, has been detained, Costa Rican police said, and the shooting is still under investigation.

The students had raised money for the trip through a variety of sources, including sales of candles and other items. The McLouth students left Monday and flew to Houston and on to Costa Rica, and they were to meet up with students from two other schools from outside the area.

Johnston just finished his sophomore year at MHS in May.

This is the second time a northeast Kansas student was killed while on an educational trip to Costa Rica.

Shannon Lucile Martin was only a few days from graduating from Kansas University in May 2001 when she was murdered in Golfito, Costa Rica, while walking to her residence after a night out at a disco. She had been in Golfito finishing a class project to collect rare fern samples.

The KU student had a deep connection to the Costa Rican community where she was murdered. An English language center that bears her name was opened inside the Costa Rican Coast Guard Academy and is being used to teach English to Golfito residents and Coast Guard cadets.