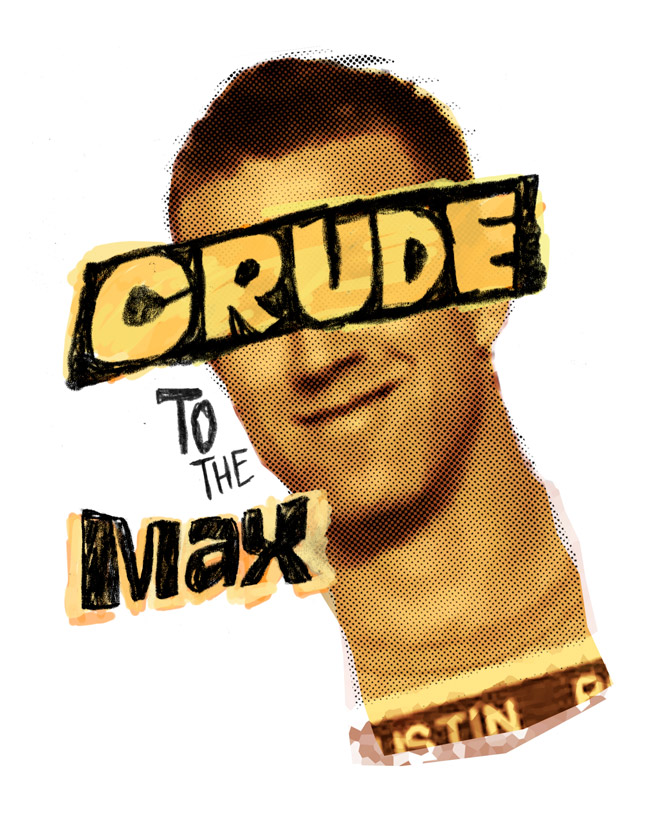 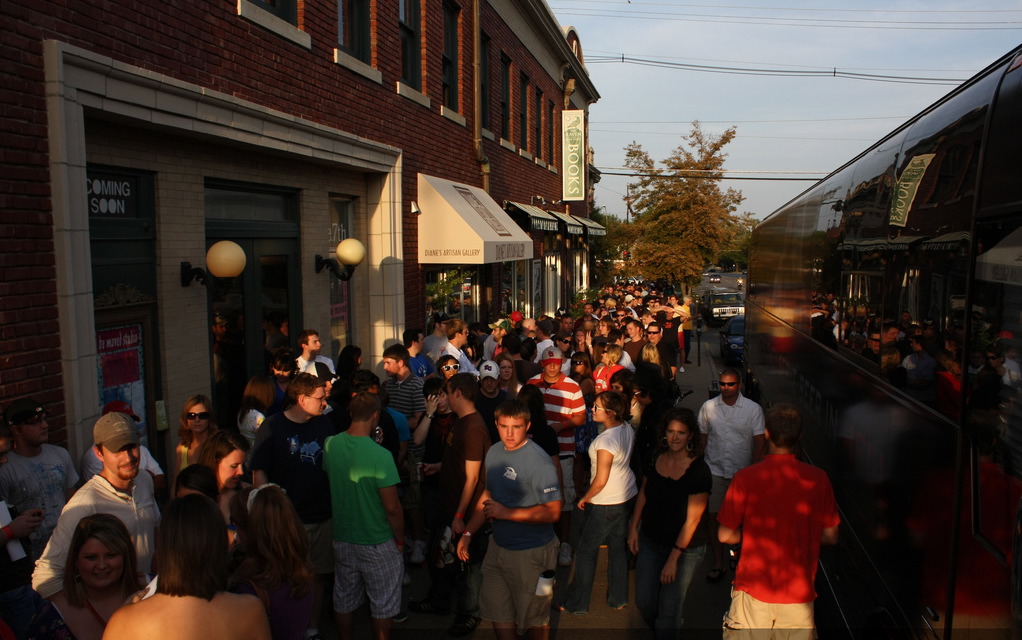 Lawrence fans muster for a screening of “I Hope They Serve Beer in Hell” at Liberty Hall, 644 Mass., on Sept. 16 during Tucker Max's tour.

The patrons awaiting entry into a sold-out show at Liberty Hall literally stretched around the block.

But the line wasn’t assembled in anticipation of a platinum-selling band or a famous comedian. No, people were there to see Tucker Max.

The 33-year-old Duke law school grad has earned an über-bad boy reputation (and piles of cash) for his blogging site, TuckerMax.com. That project spawned a 2006 debut memoir, “I Hope They Serve Beer in Hell,” which sold more than a million copies. And now that book has led to his debut film of the same name.

Max came to Lawrence on Sept. 16 to host an advance screening of his first cinematic enterprise, which he co-wrote with Nils Parker. The comedy stars Matt Czuchry (TV’s “Friday Night Lights”) as author Max in a crowd-pleasing tale of bachelor parties gone wrong, sexual conquests, binge drinking and bowel troubles.

Following the screening, Max predictably spent much of his night in Lawrence at a popular watering hole near campus, The Hawk.

“Going to college bars, it’s like being a rock star,” he says. “I can’t even move. It’s still like being a mall Santa. Sometimes people get really obnoxious. But the people in Lawrence were very cool.”

As the author whose work The New York Times calls “highly entertaining and thoroughly reprehensible,” Max is at the forefront of a new genre dubbed “fratire” – as in fraternity meets satire. He’s also become a magnet for controversy, whether it’s because of a lawsuit resulting from his posted exploits involving a former Miss Vermont or his campus appearances being picketed by feminist groups.

“I Hope They Serve Beer in Hell” opens nationwide in theaters today.

Q: How much of the film is genuinely autobiographical?

A: Pretty much every individual scene happened in real life. Almost every exchange is taken from my life or Nil’s life. But it’s definitely a movie, which is why it says “based on a true story.” It’s not supposed to be exactly what happened. We had to change stuff around and follow the rules of movies, which are different than the rules of life.

What is your favorite movie comedy?

Do you consider yourself a writer in the gonzo journalism style?

No, not in the least bit. I have a lot of respect for Hunter S. Thompson and all those types, but they’re very political and have agendas. I don’t. Believe me, I would love to be compared to Thompson and those types because they’re icons of writing. But I don’t think I’m that similar stylistically.

What was the most challenging part about adapting your book to the screen?

The hardest part was learning screenplay format and understanding that in a movie the story has to come first. … Our first script had so much funny that there wasn’t really a story. It took us a while to figure out that we had to change it and come up with a good story and a plot to advance the story. Then we could put in all the funny we wanted.

When is the last time one of your screenings got picketed?

The last time was when we had two protesters in Minneapolis, which is kind of sad.

Is misogyny a misunderstood term?

Absolutely. That is an excellent question. I really cannot understand when that label gets applied to me. A misogynist is someone who hates women. I love women. I wouldn’t get out of bed if it wasn’t for women. Everything I do is to impress women. I think the fact that half the people at (the Lawrence) screening were women should tell you I’m not a misogynist. Women, as a general rule, are smarter than men, so they would not support me in the hundreds of thousands as they do right now if I hated them. … It’s not just 18-year-olds who think I’m the next Zac Efron or something. There are a lot of them who are 25, 28, 30. Those sorts of intelligent, mature women with good jobs do not go support people who hate women.

What advice did you have for actor Matt Czuchry prior to filming?

So much because the dude is completely opposite me in every way. He is the nicest, most empathetic, most compassionate dude you can ever imagine – which is a testament to how good an actor he is. He was a better me than me. There were a lot of scenes in that movie in which he did not understand and could not relate to where the main character was coming from. 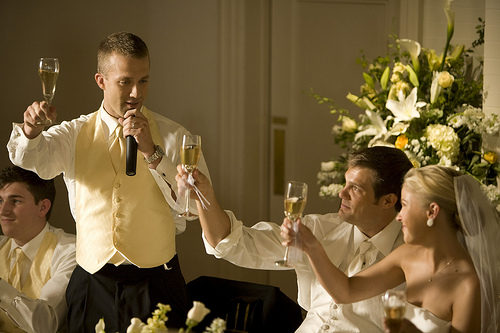 Writer Tucker Max (at left) during his cameo scene in I

Did you always know you’d be playing role of the “best man” in the film?

Not really. I knew I would take some sort of cameo. But once we put that wedding scene in, I knew the best man speech had to be awkward because it sets up Movie Tucker’s really good speech. I’m not a very good actor, so I knew if I do a bad job and I’m awkward, that’s what the character is supposed to be. If I act well, that works, too. So it was win/win for me.

Like your on-screen persona, does it take you an unusually long time to learn from your mistakes?

If there is an actual hell, will you be going to it?

I’ve thought about this a lot. If there’s a heaven, then I think they should let in people who make the world a better place. They may have personal flaws, but ultimately they bring more happiness and joy to the table than they take off. If that’s the standard, then I’m going to heaven.